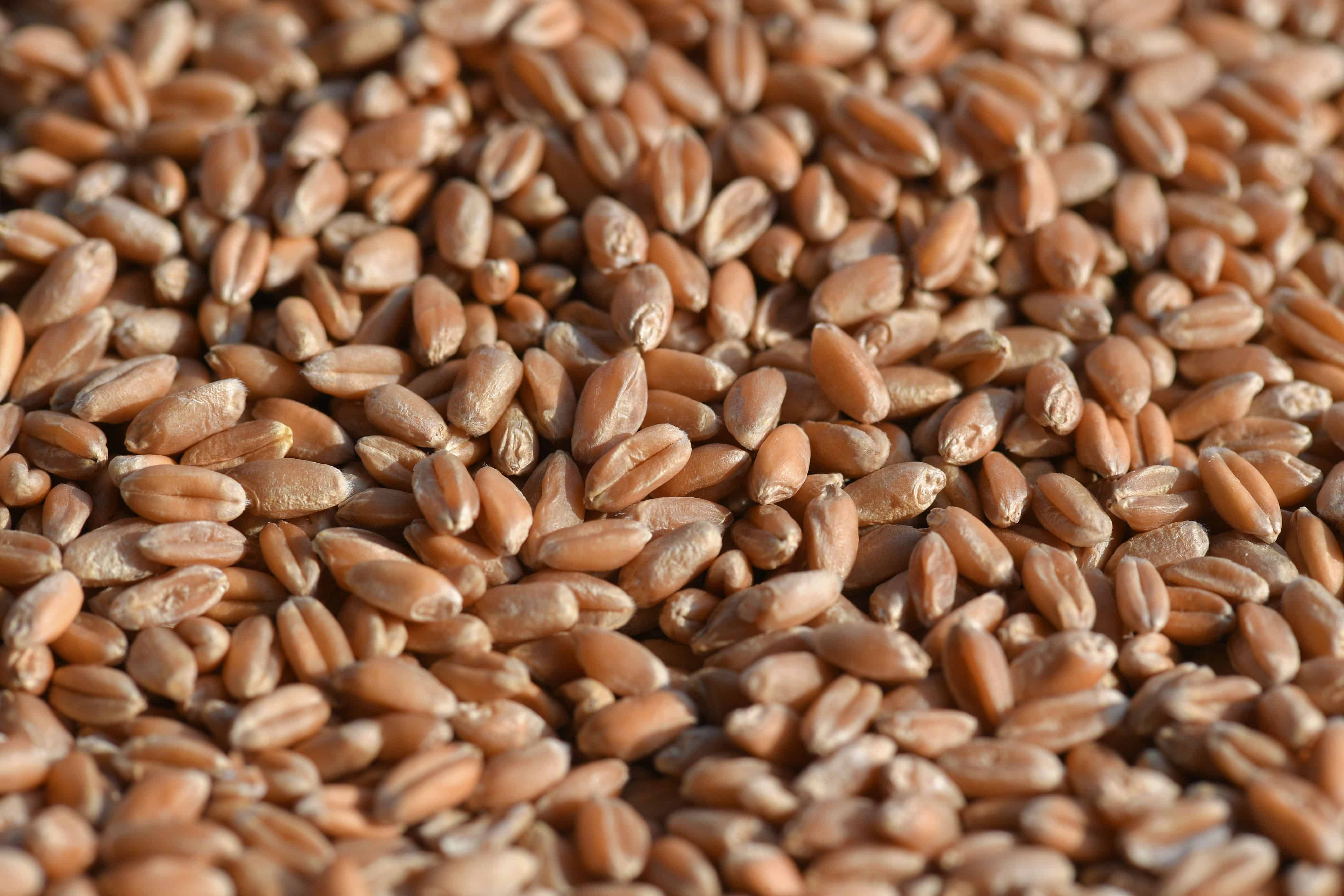 My grandfather died in 2016 at the age of 103. He survived two world wars, the Great Famine of Mount Lebanon (1916 – 1918), and the Lebanese Civil War. A few years before he died, I was with him as he read the newspaper and he turned to me and said: “Are you storing wheat? Things aren’t going well.” I remember laughing—at the time I didn’t understand why he was so worried. Then the day came when everybody started to worry about wheat and food security in general.

Based on Food and Agriculture Organization indicators, the prevalence of undernourishment in Lebanon has been on rise since 2011, yet the issue of food security and hunger did not make it to the headlines until the economic crisis started to worsen in late 2019. With the fast deterioration of economic conditions and the outbreak of COVID-19, all pillars of food security—availability (through domestic production or imports), access (physical and economic), utilization (consumption of safe and nutritious food), and stability (of the three other dimensions over time)—seem to be at risk.

The media has been focusing on the threat of the COVID-19 pandemic and Lebanon’s economic crisis on food availability and stability—this is understandable. Lebanon is a net importer of food, with the latter accounting for 18 percent of the country’s total imports in 2018, according to the World Bank, and covering a wide range of categories from wheat to rice, sugar, fruits and vegetables, food preparations (such as spices and oils), and cattle. The reliance of domestic consumption on these imports is striking and best captured by imports to consumption ratios across food categories: these ratios exceed 80 percent for major categories such as cereals and 100 percent for others such as refined sugar, rice, and vegetable oil. This heavy dependency on imports raises concerns over the availability and stability of a large range of items, not just wheat.

Food access seems to be even more problematic. The pandemic may constrain physical access to food due to quarantine measures as well as disrupt distribution channels. While in Lebanon food producers and distributors have been allowed to continue to operate, this is happening under certain constrictions regarding the times they can open and the levels of staff they are able to work with. Some facilities and branches were forced to shut down, and restaurants, which are also part of the food supply chain, have closed. This has come at a time when the purchasing power of the Lebanese was already under strain due to the liquidity crisis. This could be compounded by the coronavirus, as it may also trigger price hikes if food exporting countries resort to trade restrictions and aggressive stockpiling—as has happened during previous crises and pandemics. Higher food prices in international markets would, in turn, be passed-down to domestic prices, making food less affordable.

In Lebanon, both poverty and extreme poverty are expected to rise to 45 percent and 22 percent respectively, according to the Ministry of Finance, while the World Bank, prior to the coronavirus crisis, warned that the poverty level could hit 50 percent if the economic situation continued to worsen. Inflation and unemployment are set to surge as well, with effects already being felt by many. With the vast majority of Lebanese households being net buyers of food (meaning they consume more food than they produce), these changes will alter what economist Amartya Sen calls exchange entitlement set—the “set of all alternative bundles of commodities they can acquire in exchange for what they own”—and eventually change their consumption habits. Based on a 2016 report by ESCWA, on average, Lebanese households spend 20 to 35 percent of their income on food and so any increase in food prices will translate into a further reduction in purchasing power and food access. Even before the pandemic’s effects began to be felt in Lebanon, a February 2020 report by the Central Administration of Statistics pointed to the substantial increases in price of staple foods such as rice (40.2 percent), flour (28.7 percent), and lentils (36.5 percent), as well as other food categories.

Practically, when faced with such price increases, households resort to different coping mechanisms to escape hunger or at least to mitigate the impact of the crisis. Coping mechanisms vary from borrowing money to substituting expensive food items with cheaper ones. Such substitutions may occur within the same food category from different sources, across categories, or in the quality of the same products that are frequently consumed, as explained in a 2008 paper on substance consumption by American economists Robert T. Jensen and Nolan H. Miller. Households may even drop certain categories or sacrifice on other areas of their budget, such as healthcare or education, to be able to continue purchasing some foodstuffs.

As much as these coping strategies provide a way to escape hunger, they can also be highly problematic as they hide a more serious trade-off between nutritious food and cheap food—particularly when done in absence of adequate understanding of their nutritional implications. This is how the current crises are impacting food utilization, the third pillar of food security. Needless to say, poor Lebanese households in general, and vulnerable groups including urban poor and refugees in specific will be hit the hardest—the food crisis in 2008-2011 provides a good illustration.

Wheat and wheat products constitute an indispensable component of the Lebanese diet. On average, the consumption of wheat per individual is around 130 kg per year, the highest among cereals, according to a 2010 report by the FAO and the Ministry of Agriculture (MoA)—not to mention that it is a major feed for livestock. Thus, the availability of wheat is more of a necessity than a choice—a matter of food security par excellence.

Unfortunately, 80 percent of the wheat consumed domestically is imported—a good reason to be worried about its availability. Around 90 percent of imported wheat is sourced from Ukraine and Russia, making Lebanon highly susceptible to changes in these countries. Any move toward trade restrictions in these countries would threaten wheat supplies, raise the imports bill in Lebanon sharply, and most likely the cost would be passed down to the consumer through a spike in domestic prices. Thankfully, this has not been the case so far.

To mitigate such risks, the Ministry of Economy and Trade (MoET) normally keeps wheat reserves in its silos at Beirut port that would cover about three months of consumption. For years, private mills had been importing wheat and supplying the market, however, with the increasing shortage of dollars and the need to carefully manage the remaining reserves, the MoET is now considering purchasing the wheat instead. This step would save costs significantly if done properly, but also reflects how critical the situation has become.

Imports have always been a cheaper alternative to domestic production. Lebanon has been importing an average of 567,958 tons of wheat annually, while domestic production averaged about 130,000 tons only, according to the FAO in 2019. Around 77 percent of the wheat grown domestically consists of hard varieties of wheat (durum), according to the MoA, which are not suitable for making the typically consumed Arabic bread but is suitable for burghul, frikeh, and pasta. In an attempt to increase the production of soft varieties of wheat and lower imports, the MoA, through the Lebanese Agricultural Research Institute (LARI), distributed free seeds in 2019 encouraging farmers to grow soft wheat, though it is too early to determine the outcome of the initiative.

In principle, Lebanon can grow its wheat, but it cannot be self-sufficient for many reasons. First, the country does not have enough land to be self-sufficient. Unplanned urban expansion has reduced the amount of land available for agriculture, although increasing cultivation area is possible. Second, wheat agriculture suffers from major anomalies. Yields vary significantly with climate conditions and the amount of rainfall every year, which make them unpredictable. Under certain conditions, supplementary irrigation can help increase yield but in most cases small farmers do not have the financial means to invest in appropriate irrigation systems. Habib Massaad, an agricultural engineer and consultant whom I spoke with for this article, clarifies that increasing output does not rely solely on expanding the area cultivated but also on increasing the productivity of currently cultivated ones. He stresses on the importance of investing in supplementary irrigation systems to reduce waste, increase productivity, and extend production over more than one season.

Third, compared to high-value crops, wheat does not generate high revenues making it less attractive to farmers. Yields vary largely between 100 kg/dunam (dn) and 800 kg/dn depending on the variety grown and the characteristics of the soil, as stated in a 2019 study by a team at the American University of Beirut titled: “Challenges and Sustainability of Wheat Production in a Levantine Breadbasket: The Case of the West Bekaa.” Despite the high yield in certain areas, the study found that costs of production remain high due to the cost of labor, inappropriate irrigation techniques, and expensive land rental rates, not to mention the post-harvest losses due to inappropriate storage or transportation methods.

Wheat producers have been able to secure consistent average revenues of $150/dn according to the FAO, due to government subsidies that are managed by the Directorate General of Cereals and Beetroot with the help of LARI. The government offers seeds to farmers at subsidized prices, buys the harvested wheat from them at a set price, and sells it to mills at discounted rates to keep the price of bread stable.

Over the years, farmers became largely dependent on these subsidies, best illustrated in the 2019 study above, which found that 42 percent of the farmers surveyed would either possibly or definitely stop growing wheat if the government suspends subsidies—an alarming statistic given the ability of the government to sustain them is now in doubt.

What to grow, how to grow, and what to specialize in are not straightforward questions to answer. It needs careful examination and a strategy to make use of abandoned lands and available resources in an optimal way. So far, the MoA has made some good efforts but these have been insufficient and scattered. The gravity of the situation now requires a more proactive and comprehensive approach to food security and agriculture, and a massive coordination of efforts among different stakeholders including different ministries and academic institutions, as well experts from other sectors such as energy and technology.

Looking at food security in a very fragmented way is no longer plausible and self-sufficiency, as much as it sounds reassuring, should not be the aim. Lowering import dependency and improving domestic production should be the priorities now.