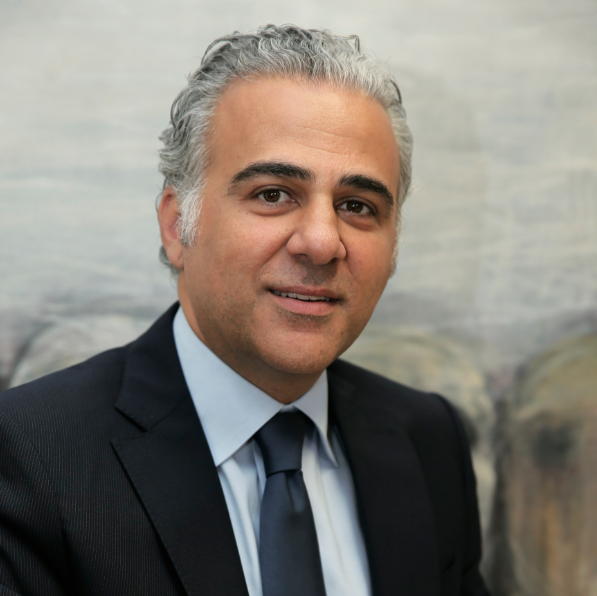 Law 161 was passed five years ago to create a financial regulatory agency and structure capital markets in Lebanon. Some market players are becoming restive and others are criticizing omissions in the law’s implementation and aspects of the CMA’s methods. To understand how things look from the CMA’s perspective, Executive sat down with CMA Executive Board Member Firas Safieddine for an exhaustive conversation.

E   How do you measure the performance of the Capital Markets Authority since the adoption of Law 161 in August 2011?

We can measure ourselves on many scales and have only been here for four years. First, we had to hire the people. Before that, it took us a year to get funding from the government. It was approved, but it took us seven months before we got the money. [In that time] we could not hire because we could not pay salaries. When the money came in, we started hiring but had no location. We were [operating] as a startup from here or there, like being in a tent. We had to hire people, train them and hand over responsibility to them.

E   So what is your situation as of today?

Today, we are fully established in terms of human resources, and we are adding staff as we go because the market is big enough to add more people. We have around 45 team members, including all the staff. There are 18 employees in the financial control unit, which is the heart of the CMA.

In terms of regulatory work, the first step was to transfer regulations from Banque du Liban (BDL) to the CMA to prevent having a gap in the market, and we worked under the same regulations that were issued by the central bank in relation to capital markets. Obviously those regulations needed major upgrades so that they would be in accordance with best practices and international standards.

We collaborated with the World Bank in order to create a supervisory body that would advise if we were on the right track and we followed the principle of engaging the stakeholders in writing the regulatory framework. We wrote and made changes several times until the market was comfortable with the regulations that we were writing.

E   How many regulations are we talking about?

There are six major regulations that we are working on. Three have been issued and two will be launched in the next few weeks regarding licensing of institutions and registration of individuals. The regulation for collective investment schemes was the last to be discussed [with stakeholders] in June 2016. We take the input, rewrite it in English and then translate it into Arabic, because the law is in Arabic.

E   What are your key performance indicators or KPIs for the Capital Markets Authority?

We entered the market without understanding the landscape. We had to shift eight or nine financial intermediaries [to our supervision] and create files for every financial institution that has activity related to capital markets. We looked at their processes and corporate governance and audited each one of them. So far, we have covered 40 or 50 percent of the market. It is about people and time – it takes time to audit these institutions.

E   Do you have to issue a certain amount of fines as part of those KPIs?

E   What does it mean for you to become a member of the IOSCO?

The IOSCO is recognized as one of the world’s key international standard-setting bodies. More than 180 countries are members of IOSCO and we are proud to be a member of such a highly esteemed organization.

To become a member of IOSCO, you have to comply with a rigorous set of principles. The IOSCO has identified 38 principles of securities regulation which are based on three objectives: one, protecting the investor; two, ensuring that the markets are fair, efficient and transparent; and three, reducing systemic risk. These objectives are also at the core of Law 161.

Being part of the IOSCO today means that the CMA in Lebanon has organized itself and has written a regulatory framework for the capital markets in Lebanon to the highest international standards.

E   So you are an associate member today and aiming to become a full member?

As an associate member, you cannot be part of the executive committees, but you can participate in all meetings and in other committees. To become an ordinary member is a matter of time and it does not take too long. We are hoping to become ordinary members within a year. And we achieved a record by going from being non-existent as a regulatory body to becoming an associate member within four years. It is one of our KPIs that we have become a member of IOSCO.

E   Are you planning to invite IOSCO to hold their general meeting in Beirut at some point?

We hosted a meeting of the Francophone regulatory bodies, Institut Francophone de la Regulation Financiere (IFREFI), in Beirut this June and Lebanon is very well equipped to host the IOSCO annual conference at some point.

E   One of your responsibilities is the review of fund products that are intended for sale in the Lebanese market. How many funds have you seen?

In the past year, more than 100 funds were approved. But we have not reached 100 percent of our capacity. Our capacity is not an indication of the number of funds. The market decides how many funds need to be approved. We have not delayed any funds and we have not been a hindrance to the market.

E   What kind of process does it entail to review and approve funds?

We have received fund prospectuses for approval that had 400 and 500 pages. We are careful to read them page by page, and we ask the financial institution to make the necessary changes in order to not undermine our three core regulatory principles.

The quality of the funds has already changed. We have created a system of approving funds or offerings in which we say that if you don’t hear from us within 14 days with any remarks, you can start selling. However, if we find something that needs to be changed, the process is extended until the change is finalized.

E   But you expect that your capacity to evaluate and approve funds will continue developing?

It is an efficient process.

E   At some point in time, you will have accomplished issuing high level regulations. Do you have any KPIs for your operations beyond that point, for example regarding the speed with which all funds that have to be approved will be evaluated?

Going back, there was a department in BDL that was servicing capital markets activities of the Lebanese market. When the CMA was created, we had to go back and change the approach. The market needed to be convinced that there was a new sheriff in town, an expert that knows what they are talking about and will go through each and every fund and do the necessary changes in order to preserve our three major objectives of protecting the investor, assuring that the market is fair and reducing systemic risk.

This is part of the development activity. We need all stakeholders – the regulators and the associations like the banking association, the financial institutions’ association and BDL to put their heads together and start working on the development plan. We are creating a master plan for development of the Lebanese [capital] market today which will hopefully be ready within the next six months. Part of this plan is investor education. It is not the thing that will develop the market [by itself] but it is one of several ingredients that will come together and form a development strategy.

[pullquote]The market needed to be convinced that there was a new sheriff in town, an expert that knows what they’re talking about[/pullquote]

E   But we still lack implementation of three key elements.

Right. We still lack the tribunal, the sanctions committee and the stock exchange is still hanging between privatization and a government institution.

E   What is the timeline outlook for the creation of a tribunal, a sanctioning committee and privatization of the BSE?

Is this an interview on politics? You might as well ask me when we will have a president.

Well, people in the market ask when the tribunal will be established, because they want to have an institution to turn to if there is a dispute with a CMA decision.

We have not faced such an issue and I think that the people who are saying that the absence of a tribunal is hindering capital markets should worry more about the Beirut Stock Exchange, because the BSE will drive dynamism in the market. Privatizing the BSE and creating an electronic trading platform within the stock exchange will create a major shift in the market.

We have done our job and from the CMA’s point of view we are ready. The privatization will be a two-step process of turning it into a joint-stock company and of privatizing it. We have lobbied government officials, and we have given our recommendation on how the structure of the BSE should be for one year, and what the activity of the board of the stock exchange should be to prepare the BSE for privatization.

If the cabinet meets today and decides that they want to go ahead with converting the stock exchange from a government institution into a joint-stock company, we will have a privatized BSE and probably an electronic trading platform within six to twelve months.

However, the “if” is not a technical if; it is a political if, which I would not like to elaborate more on. What I will say is just that the CMA is sitting in the same boat as all the stakeholders when it comes to these three challenges.

E   You have shown confidence against the odds for a considerable period already, saying all the time that something would be revealed “very soon”.

It is only confidence and hope that can keep us going. In the matter of BSE privatization, it is only one decision by cabinet that would get the ball rolling.

E   And the same is true for the tribunal and for the sanctions committee?

E   But you would agree with the people in the market who say that not having a sanctions committee in place will pose an obstacle to them?