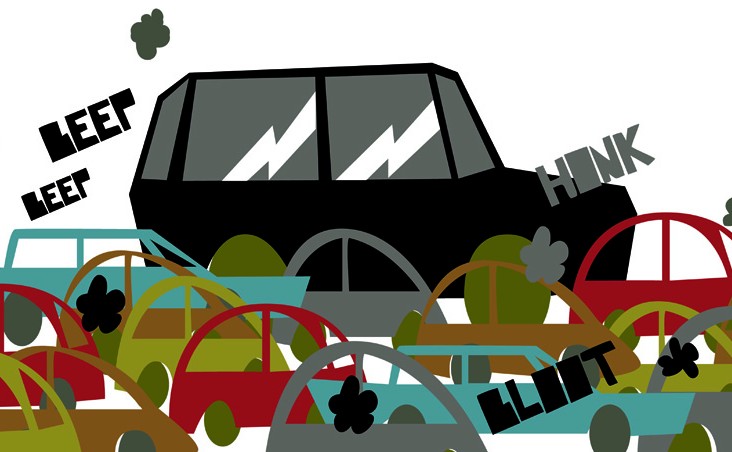 It was business as usual for the first nine months of 2014 in the automotive and transportation sectors. Car sales were similar to 2013, and used car sales continued to drop, with low priced and new models coupled with access to easy financing keeping the sector in gear. In short, it was another good year for consumers to buy a car and another bad year in the inglorious history of Lebanese public transport.

A new traffic law based on global best practices was passed that could alter the organized anarchy that is the current ‘rule of the road’ today. All that is missing is implementation, which dealers are keen to see happen. What the sector was not as happy about was an unexpected circular from the Banque du Liban (BDL) to raise down payment requirements to 25 percent as of October 1, 2014, which could cause a drop in sales of new cars by as much as 30 percent.

[pullquote]The number of cars nationwide, at 1.42 million, is among the highest per capita in the world[/pullquote]

The continued failure this year of the Ministry of Public Works and Transportation to issue a tender for 250 public buses launched in January 2013 came as no surprise, with the $70 million needed diverted for other means, supposedly security. This has helped drive the rise in car sales for another year running, with no public buses acquired since 1998, while sales of new cars have correspondingly surged, from 19,100 in 2004, to about 35,000 per annum for the past few years. Trips by public transport on the other hand have dwindled to 19 percent of all trips in Beirut, of which 1.7 percent are by public bus.

The number of cars nationwide, at 1.42 million, is among the highest per capita in the world. While the BDL circular may press the breaks on sales, which can be viewed as a boon, there is a strong need for new cars to replace the old, less efficient gas guzzlers that are often not road-safe, with a staggering 41 percent of cars over 21 years old, and collectively 74 percent of cars over 10 years old.

The means to change this have in part been scuttled. The government was never going to be able to implement a cash-for-clunkers deal to induce people to buy a new car, but accessible loans were pushing consumers away from used car lots and into showrooms. The BDL circular will have an impact on that, leaving the public with difficult choices on how to get around.

Motorbikes offer one solution to the traffic conundrum, and sales have been rising in recent years. As people have become so tired of sitting in congestion, they have got over their hang-ups about bikes. Yet while new bike sales are rising, they are minimal at 1,500 a year, compared to the import of 50,000 used bikes. The new traffic law is supposed to ban such imports and better regulate the sector, which would be a clear boon for motorbike dealerships.

The private transportation sector is now faced on the one hand with a state requirement on down payments that will negatively affect sales, while on the other, the government is not implementing a law that will bolster not just safety but also vehicle sales, particularly for motorbikes. In fact, implementation of the law would result in major changes on the roads, with points for speeding and reckless driving, while there are plans for driving tests to be re-sat, new driving license cards to be issued, and new license plates with tracking devices to be tendered.

Implementation of the traffic law could also raise funds for public transport. The 593,000 cars, or 41.5 percent, that do not undergo an annual maintenance check lose the government $60 million a year, while driving fines would further add to the state’s coffers.

If 2014 goes down as the last year of more achievable car ownership with the end of low interest rates, 2015 might see demands for changes on the roads, be it through safer roads to encourage more motorcyclists, or by acquiring public buses for those that can no longer get a loan.