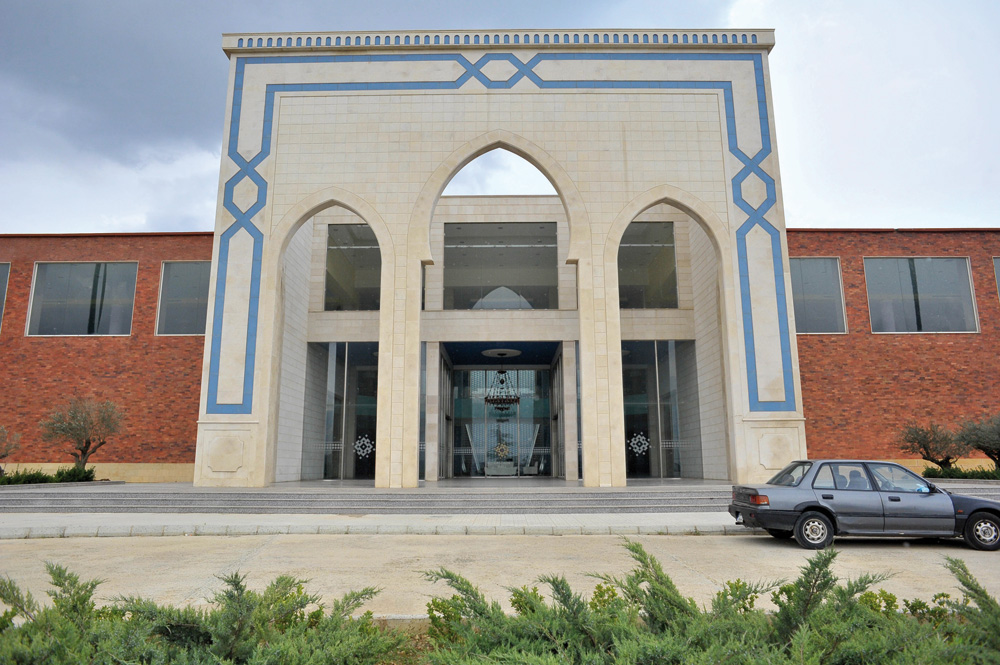 Driving past the rows of vineyards and the occasional industrial factory in the fields of Taanayel, West Bekaa, one of the last things you would expect to see is 200,000 square meters of entertainment and mall structures.

But that’s precisely the location Maurice Torbay, chairman of Cascada Village and a veteran of mall development in South America, has chosen for his company’s first mixed use project in Lebanon, Cascada Village.

The project, according to Mariam Akkou, a specialist in public relations, communication and business development at Cascada Village, is designed to be a one stop destination for all residents in the region. Therefore, in addition to a 150,000 square meter mall — which is the project’s anchor — leisure facilities such as an outdoor extreme sports park, an events venue, an amphitheater for musical events, and a dining and promenade area centered around a little lake, are also components of the village. The project will also have a spa, a medical center and a medium sized hotel (200 rooms) in the future.

Today, the weddings and events venue Arcadia is already in operation and will be hosting some 20 weddings from May to September of this year. The rest of the project, save for the hotel, has been fully built, and the mall itself is in what Akkou describes as the “final stages of fine tuning and collaboration with the big tenants.” The mall, along with the entertainment facilities, is set to open by early 2016 at the latest, says Torbay.

Cascada Village has been in the works since the end of 2010, but Torbay admits that they had slowed down their pace with the onset of the war in Syria in order to better assess the risks. Yet he insists there’s been no deviation from the size or scope of the planned project, nor does he see the situation in Syria drastically affecting the West Bekaa area where the project is located.

The people behind the project

Though a project of this magnitude in the Bekaa may seem risky at first glance, Torbay is no stranger to the development of malls in similar conditions. He has made a successful career out mall development projects in South America, where he not only lived, but was also named an honorary consul of Ecuador to Venezuela.

Fifty one years ago, he founded Pinova, a company which specializes in the manufacturing of industrial fridges, before diversifying his business to real estate development and specifically to the development of malls on the outskirts of major city hubs.

With seven such malls throughout South America under his belt — two other ‘Cascadas’ are in Venezuela — Torbay started thinking of creating a regional mall project in Lebanon, his home country. Torbay says his love for Lebanon and comfort in investing inside the country is what motivated his decision.

He then partnered with Roger Abboud — also of Lebanese origin and president of Abboud Trading Corporation, a wholesaler of mainly home electronic goods to Latin America based in Medley, Florida — to create Inter Mall Group. Together, Torbay and Abboud used Inter Mall Group to bring Cascada Village to Lebanon.

Inter Mall invested $200 million in Cascada Village, an amount which includes the purchase of the land and the construction of all the project’s elements (except for the hotel), with the main financing coming from the partners themselves supported by a loan from Bank Audi. They see this investment as a show of faith in their home country, and more specifically in the Bekaa region, where Torbay is from.

The main pillar of Cascada Village is the mall, which has around 200 retail spaces spread over two floors. Aside from the fashion retail outlets, the mall will also house complimentary outlets such as a spacious, colorful food court and an entertainment center. Hypermarket Carrefour’s second outlet in Lebanon, a 10,000 square meter space, will be among the mall’s anchor tenants, as will an 11 screen multiplex theater to be operated by Empire Cinemas.

According to Gino Haddad, CFO and business development director at Empire Theaters, the cinema in Cascada Village will be state of the art, delivering the latest technology and the same quality experience as their Beirut theaters. “We are not treating this like a second tier project; the movies will be run at the same time as Beirut and the theaters are the same, if not better because they will be newer,” he says. In his opinion, it is the role of Empire to have the cinema experience be within the reach of everyone, no matter where they live.

Inter Mall, says Torbay, is embarking on a marketing campaign to launch the “leasing of the mall’s outlets” on June 10, but to date 62 percent of the retail spaces have already been leased. New operators and some retailers will even be attempting their first venture in Lebanon at Cascada Mall, explains Torbay, giving as an example the children’s entertainment center, which will be operated by the Italian company Terra Magica, as well a few fashion retailers who are also Italian.

Being a regional venue planning to attract shoppers from far away means Cascada Mall needs to have a wide range of prices to cater to all budgets, explains Akkou. “You will just as easily be able to find good quality jeans for $10 as you will be able to find a pair for $300,” says Torbay, explaining that such prices and offers will be a primary aspect in attracting clients from across the region.

Torbay says they will be following a typical leasing formula for malls, whereby they take a percentage of sales from their tenants in addition to a rental fee, the specific conditions of which will be determined on a case by case basis. In this way, according to Torbay, tenants will be more encouraged to lease from them while his company would potentially make more profit than it would have with only a monthly rent formula, as Torbay believes tenants will be selling more than they expect to.

Operating in the Bekaa

While Torbay says he’s confident he’ll be able to fill up vacancies in the mall, he admits they have been having a difficult time convincing some local retailers to rent in the Bekaa. “There is so much ignorance and [so many] misconceptions about the Bekaa, about one’s own country. They think [there are only] potato farmers and cows, which is not the case at all!” says Torbay in frustration, noting that the Bekaa is home to many wealthy and educated expats who have invested millions in the region, not to mention the business owners who developed companies in the area and reside there.

Torbay also explains that while security concerns are cited as a primary reason to avoid investing in the Bekaa, these areas of concern are located closer to the border with Syria near Baalbeck — more than an hour and a half drive from Cascada Village.

Before embarking on any mixed use project, says Torbay, his company conducts a thorough market study to identify the ideal location. “The location of a mall project is a very sensitive factor and while we can make some mistakes, we cannot afford to make a mistake in the choice of location for our project,” says Torbay.

[pullquote]There are over 10 universities and 600,000 residents in the Bekaa — not to mention expats and those who reside in Beirut[/pullquote]

Torbay is therefore convinced that the West Bekaa is an untapped market for mall development, adding that there are over 10 universities and 600,000 residents in the Bekaa — not to mention expats and those who reside in Beirut but come to Bekaa for holidays.

In explaining Empire’s choice to operate in Cascada Mall, Haddad also speaks of the university and school students who reside in the region and do not have entertainment facilities anywhere nearby. “These youth all have access to social media and hear about the latest movies, but they have to wait for a trip to Beirut to be able to enjoy them in the theaters,” says Haddad, adding that there are also young people from the Bekaa who go to university or work in Beirut during the week, who would appreciate entertainment options when they come home on weekends.

The long term target clients of the project, according to both Torbay and Haddad, are the Syrians who will visit Lebanon by land and stop by Cascada Village to shop, eat or enjoy a movie on their way to or from Syria. Cascada Village is thus well situated to take advantage of this eventual influx of consumers when the war in Syria is over.

Torbay sees his project as improving the quality of life in the Bekaa by being a generator of employment opportunities for those in the area, saying that, upon its full completion, Cascada Village will employ approximately 3,000 people both directly and indirectly. “Instead of having to commute to Beirut on a daily basis, wasting time and money, these people will have jobs near their hometowns,” he says. He explains that in Lebanon the job market is centered in Beirut, which puts high pressure on the city itself and on those commuting to it.

Besides Cascada Village in the Bekaa, Torbay is planning on building mall projects on the outskirts of major cities in Lebanon. He has purchased the land for his next development in Balamand, not far from Tripoli, which he sees as another untapped market similar to the Bekaa.

The value in such developments, says Torbay, is that there is no competition from other malls, as is the case in Beirut, since they are essentially entering a new market. Land outside of Beirut and its immediate suburbs is also cheaper,  which means they can lease outlets at lower prices. As a result, the tenant in turn can offer lower prices, which means higher sales.

Whether destination malls far off from Beirut will find a client base in Lebanon remains to be seen, but Torbay is very confident that this is the wave of the future and that Cascada Village will, in the long run, be met with great success.