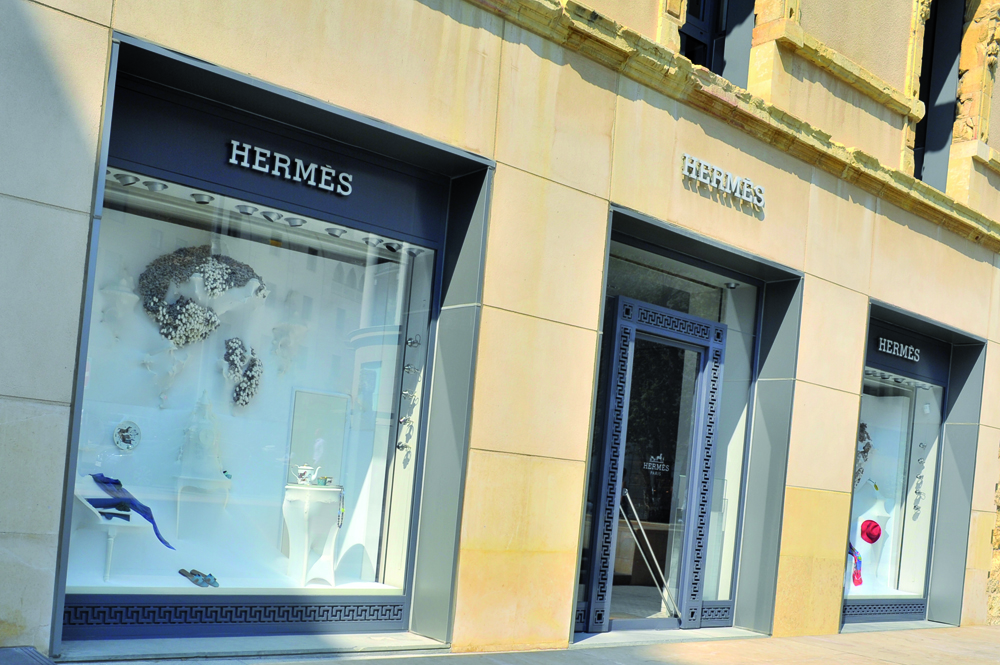 The past few years have been painful for international luxury brands
Reading Time: 2 minutes

The living is not easy for Beirut’s luxury retailers this summer. When adjusted for inflation, retail sales figures have been falling since the third quarter of 2012, according to an index put out by the Beirut Traders Association (BTA) and Fransabank. Nicolas Chammas, the association’s president, tells Executive that the luxury sector has been particularly hard hit. “Between the end of 2011 and the end of 2013, the retail sector has dropped by 35 percent,” he says. “That’s a huge figure.”

While Chammas had no hard data on how painful the past few years have been for Hermès, Louis Vuitton, Rolex and other international luxury brands present in Lebanon, he says “luxury has been impacted more than the other retail segments.” Executive attempted to contact the local agents and dealers of many foreign luxury brands and was ignored, denied an interview request or told the person responsible is out of the country.

The consequences of Gulf tourists’ desertion

[pullquote]“The disposable income might be there, but instability is a mood spoiler”[/pullquote]

One reason for the lack of luxury good sales is the continued absence of tourists from Saudi Arabia, Kuwait, Qatar, Bahrain and the United Arab Emirates, Chammas explains. Visitors from these five countries used to represent “up to 45 percent of duty-free purchases,” he says. “The tourists from the Gulf have high disposable incomes.”

That said, Chammas denies that Gulf tourists are the lifeblood of luxury retail sales in Lebanon. “We can say, just to give you a rule of thumb, [the luxury sector] is dependent on two thirds of Lebanese residents and one third of expatriates plus tourists. There is no quantitative evidence to support this, but this is the accepted rule of thumb.”

Asked why resident Lebanese aren’t spending, Chammas offers, “The disposable income might be there, but instability is a mood spoiler.” As for resiliency, he says that fragrances and cosmetics are “least exposed to foreign purchases.” The most recent BTA–Fransabank retail index, which covers the first quarter of 2014, makes no mention of fragrances and cosmetics. In the fourth quarter of 2013, however, the index report noted that cosmetics, perfume and clothing “maintained an almost equal level of activity” compared to the fourth quarter of 2012, which the report attributed to “the very high price discounts that these sectors have been obliged to offer.” These sales, however, likely do not include luxury brands as the very definition of luxury precludes steep discounts.

The BTA is bearish on the retail sector’s future performance, noting that “a downtrend that has started by being circumstantial … quickly turned to become intrinsically structural.” What this means for luxury retailers who carry foreign brands is unclear. Franchise agreements generally demand a certain level of yearly profit to be achieved by the franchisee. Asked if any top brands may be exiting the Lebanese market anytime soon, Chammas demurs. “I cannot get into this. It is, if you will, a private relationship.”

He adds, however, “I don’t think so because the franchisor knows Lebanon. What I can say, and I’m not talking about just these people, but commercial relationships — whether it’s business-to-business here in Lebanon or between Lebanon and abroad — have been strained due to the drop in turnover and the liquidity problem the sector is suffering in general.”