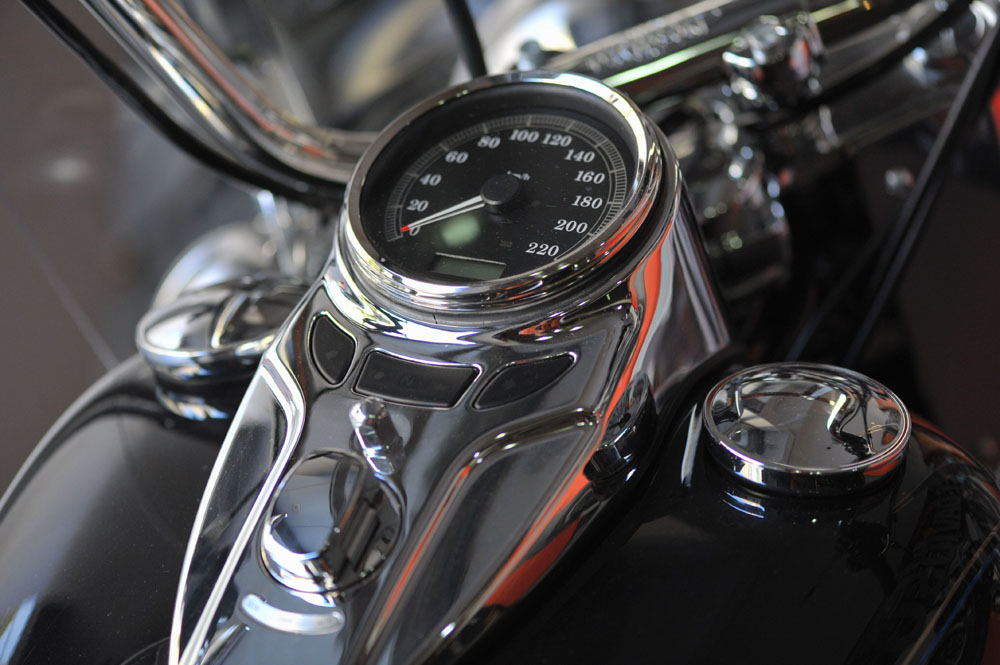 Two wheelers have never been an overly popular mode of transport in Lebanon. There are, at one end of the spectrum, the cheap runaround bikes favored for day to day use and by delivery men, and at the other end, motorbike enthusiasts who prefer the saddle to a car seat. But the middle ground of motorbikes, as a convenient yet socially acceptable mode of transport, is somehow missing.

The anarchic driving on the roads in Lebanon has certainly been a major factor in the low sales of new motorbikes, but it is the perception of riders — be it as dangerous, criminal or economically disadvantaged — that has been a big drawback to developing the sector. Only over the past few years, and 2014 in particular, have motorbikes become more popular, encouraged by the worsening traffic congestion and lack of parking in the capital.

“Before we were selling very few bikes, but it is becoming a business and we now have dedicated sales people,” says Pierre Heneine, financial manager at Bassoul-Heneine, a dealer for BMW motorbikes.

Increased sales of premium bikes like BMW and Harley-Davidson, which expects sales up 18 percent on 2013, are indicative of the growing demand for bikes. But the low and middle range models are selling well too, with A.N. Boukather — which has 45 percent of the market through brands Piaggio, Aprilia, Moto Guzzi, Vespa, Gilera, Derby, KTM and Bajaj — reporting strong sales across its portfolio ranging from $800 to $25,000.

RYMCO, dealer for Kawasaki and, as of 2013, Peugeot scooters, has also seen sales increase. The biggest seller is the Kawasaki Ninja 250cc model, due to its engine size and price. Like the car sector, the bike sector has been affected by Lebanon’s sluggish economy. “It is not as easy to get a client to buy since purchasing power is down, as $10,000 for a bike is more for leisure use — a big engine bike is not something you go to work on. Around 90 percent of clients buy because a bike is essential,” says RYMCO’s Makram Rasamny.

According to the newly formed Lebanese Association of Motorcycle Agents (LAMA), about 1,500 new motorbikes will be sold this year, up 20 percent on 2013. This pales both in comparison to the 35,000 new cars sold per year, but especially to the estimated 50,000 used motorbikes and scooters imported annually.

The need for regulation

A new traffic law, which has been passed but not yet implemented, would ban the importation of bikes over three years old and those with engines under 125cc. Dealers are keen to get the law implemented, as it would better regulate the sector — concerning issues such as registration, new driving tests, fines — and improve safety on the roads, thereby driving up motorbike sales (see Q&A page 144).

“If the law was implemented it would drastically reduce sales of imported second hand bikes and you would start seeing a lot of people buy new motorbikes,” says Anthony Boukather, General Manager of AN Boukather.

Outside of LAMA and the used bike sector, it is Akkad bikes that are the big sellers, much to the association’s chagrin. The 125cc bike is Chinese made, but with a local twist. Despite being newly manufactured, Tripoli-based dealer Wassim Akkad imports the motorbikes second hand to pay lower taxes, and has created an eponymous brand by sticking his surname on the bike’s fuel tank. Akkad opposed the new traffic law, and it is such importers that LAMA wants to curtail in order to defend the legitimate sector.

As Marwan Tarraf, Owner of Bikers Inc., the agent for Harley-Davidson, puts it, a motive for setting up LAMA was to “introduce a new way of owning, selling and riding bikes.” The motivation was not just to bolster new bike sales, but to have a united voice for the sector’s very survival. “If the sector is not controlled ASAP, it could lead to a situation where the authorities have a reason to place restrictions or ban the most efficient [mode of] transport in Lebanon. Motorbikes are the future, but it needs the implementation of the traffic law,” says Tarraf.

With such regulation unlikely to be enforced soon, Harley-Davidson organized the first Beirut Bike Festival to promote motorbiking in the country, attracting 1,434 bikers one Sunday in September 2014. “It was massive, I didn’t expect that many people,” says Tarraf. “There were two reasons for it, one it was official, in support of the traffic police and the law, and two, to counter the recent attempts to ban motorbikes, so we made it clear that there is a huge number of people who ride bikes and respect laws.”