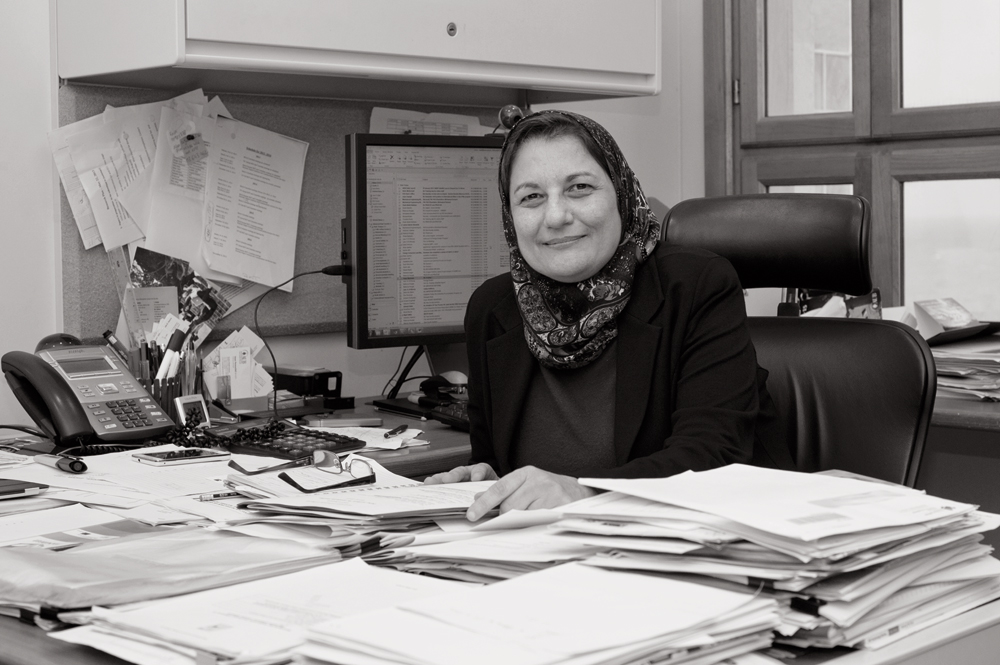 For most of her academic life, from her years as a student to teaching as a professor, Nesreen Ghaddar, associate provost and Qatar Chair of Energy Studies at the American University of Beirut (AUB), has been the only woman around.

[pullquote]”Sometimes people are afraid of your success, especially when you are the only woman”[/pullquote]

But Ghaddar has always viewed this as a learning experience. “Sometimes people are afraid of your success, especially when you are the only woman. People don’t know how to respond at the beginning and what to expect, but this changes with time when you prove yourself. You need to always keep your focus on the end goal.”

Ghaddar received her bachelor of science degree in mechanical engineering from Kuwait University, in the country of her birth. She says her parents were supportive of her choice of major but the challenge was in convincing them to allow her to continue her studies at the Massachusetts Institute of Technology (MIT). “I was the first woman in my family to leave home to study abroad so my father was resistant but I convinced him by working out the funding on my own and by showing him the acceptance letter and scholarship together.’”

Things started changing when Ghaddar became department chairperson in 2002. “First, [with me as chairperson] women had a role model in that field. At the same time, our labs became softer with more programming courses and connections to sustainability and environment issues, which are of interest to both genders. We started having more women in the department and though it is still the lowest [gender ratio] in the faculty, it is better than before,” says Ghaddar.

Ghaddar finds her experience as a chairwoman both difficult and enriching, and explained that she had targets and goals to achieve regardless of people’s reactions. “I had to make hard decisions and bear their consequences … but the culture changed and engineers changed.”

While Ghaddar admits that it is never easy to balance one’s personal life with work, she feels that living in Lebanon helps a lot. Here, she says, women can enjoy the invaluable support of their extended family when it comes to taking care of children.