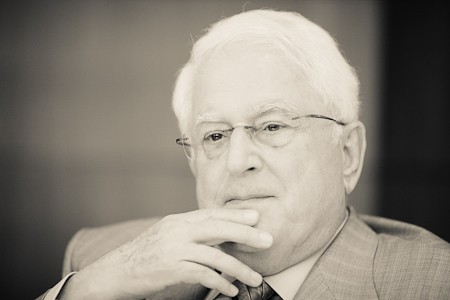 Patchi International (Patchi), the family owned Lebanon-based chocolatier with operations in over 29 countries, is planning to offer up to 49 percent of its ownership to a strategic partner in the next two years, its Founder and Chairman Nizar Choucair tells Executive.

“We believe that we cannot continue by ourselves,” says Choucair. “We are not in need of funding. We just need companies in our field of business that have more expertise than us in the areas we are willing to invest.” Strategic partners will be included on the company’s board of directors on condition that they do not divest for a period of five years from time of acquisition.

The plan for expanding its shareholder base was first hatched in 2009 when Patchi had announced that it was interested in floating 49 percent of the company through an initial public offering (IPO) but later called off the listing citing post financial crisis market conditions as the reason.

Choucair declined to give details on how much the company was worth or what the target price of any IPO would be, stating that a valuation for the company has not yet been set. However, he says the company has seen a 45 percent increase in turnover since global coca prices spiked in 2010.

According to Choucair, who has run the business since 1974, the new expansion could be a mix of equity participation and IPO but the company has yet to decide whether it would offer the entire proposed stake to a strategic partner, put it on the market, or seek a combination of both. He adds that currently the company is targeting a sale of between 45 and 49 percent.

Listing in Lebanon, however, is not an option for Patchi because, “Lebanon has no laws that protect you or the partners you work with and lawyers can fool you,” says Choucair. Instead, he adds that the company will actually move its registration to the United Kingdom’s island of Jersey for its tax laws and because it “acknowledges the [Sunni] Islamic laws that state that when the owner dies, they give a share to the son, and half of that to the daughter.”

When asked about the type of partner Patchi would be willing to consider selling a stake to Choucair stressed that the company was not looking to sell to a private equity fund but rather to a company larger than Patchi in the same line of business in order to serve their new target markets.

According to Choucair, in the coming years Patchi will focus its retail expansion in the Far East with a focus on China. The move is another in a series of expansionary measures by the company away from its local Lebanese market. Patchi’s largest operation is in Saudi Arabia where it also has concentrated the manufacture of its chocolates.

But while the company’s main expansion focus is outside its home nation Choucair insists he is not giving up on Lebanon. He tells Executive that a new 15,000 square meter factory some 40 kilometers south of Beirut is slated for opening by the end of the year and adds that Patchi also expects to open four new branches in the country (Hazmieh, Nabatiyeh, Jbeil and Tyre). “But that would be it in Lebanon,” he says. “I love Lebanon and am still investing here since this is where I belong. However, I will not invest any more than that.”