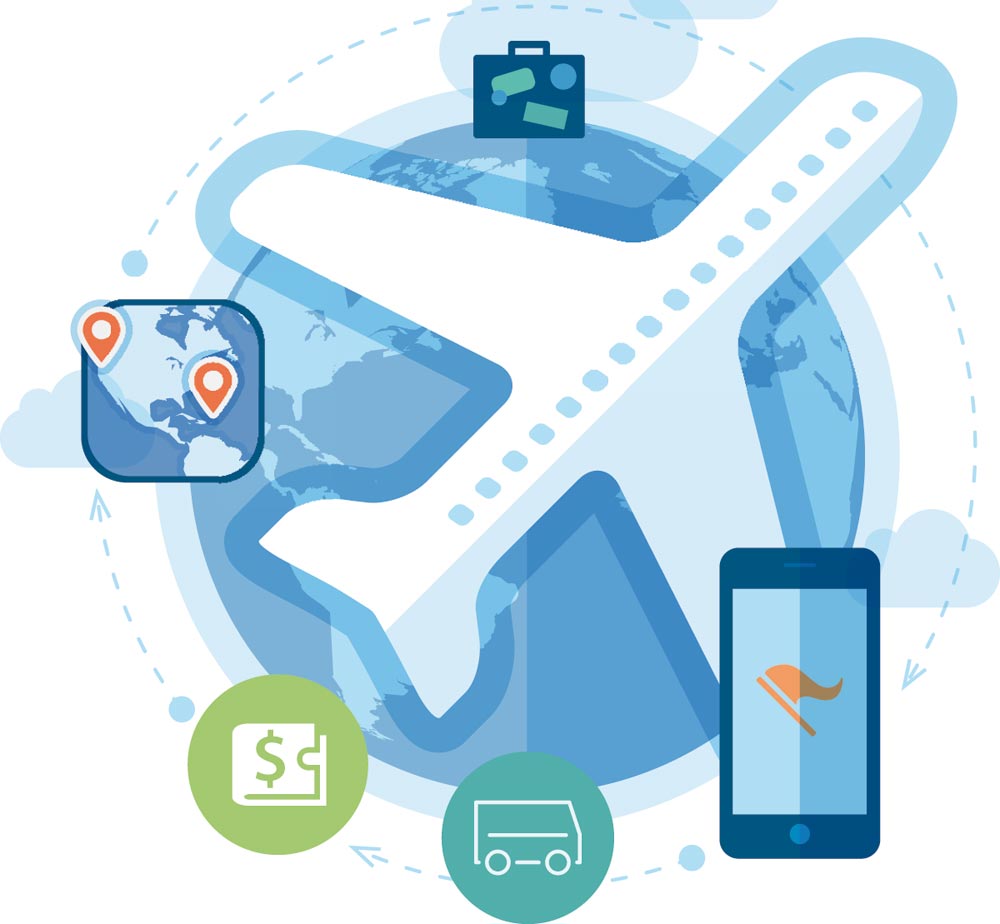 There I stood, lost in translation in the middle of Moscow. All the signs were in Russian and none of the locals out and about on the streets spoke English. It was time to call out the big guns. I whipped out my smartphone. My trusty holiday apps were ready and waiting: Google Maps, Foursquare, Google Translate, World Travel Map by Triposo and TripAdvisor. We all have our “go to” apps for travel and tourism. They help us make the most of the city we live in — like Kif el Seir, a must-have to survive Lebanon’s traffic plagued roads complete with burning tires and potholes, and WhereLeb for those late-night kanafe cravings — as well as places we are discovering for the first time.

But what about the Lebanese travel app scene? In an informal online survey of mainly 30-39 year old professionals with university degrees and full-time jobs, only half used some sort of travel, tourism or hospitality app. Out of those who use such apps, none use local apps and those who tried local apps complained that some information and contact numbers were outdated, or that the functionality was slow or very minimal.

The evolution of Apps

Rafic Hage, executive vice president for products and services at eSharing Corporation, the firm that developed Talfen.tel — an extremly useful local phone directory for tourists and residents alike — explains the forces at work and the evolution that has taken place. Given changes in the highly competitive market, firms had to evolve to provide smarter services that address the needs of the entire travel experience — from flights to accommodation, tours, and beyond. By taking this comprehensive approach, Hage says, firms “created opportunities to retain customers by mining their customer’s experience and behaviour.” Hage also pinpoints a shift in consumer demands: “For travel apps in particular, users have always been able to find the ‘best deal,’ meaning the cheapest and/or shortest flight. However, customers now demand services that answer for reliability; e.g., on-schedule rate, lost luggage handling, customer service and support. Comfort; e.g., plane model, leg room, number and time of connections … and more.” So now technology coupled with in-depth insight into our behavior has powered the industry with solutions that can ideally drive targeted sales. Apps are evolving.

Lebanon’s app scene unfortunately is behind the curve. Roy Naufal, managing partner at Grind Design and Development points out that Lebanese are not travel and tourism app lovers, and yet “hospitality apps are relatively booming in Lebanon, especially with more and more restaurants offering online ordering, but they’re actually doing very poorly.” The current apps are proving more useful to check out    menus rather than providing real functionality. What’s the root of all this? Naufal suspects it’s because the Lebanese prefer picking up the phone and calling. This doesn’t mean there are no popular local apps. He cites WhereLeb as an example. It lets users search for shops, restaurants and entertainment. Cinema apps are also gaining steam. Grind Design and Development has worked on a mystery shopping system for Magnolia Bakery, several apps for menus and in-shop surveys, an app for Club Senses Resort that lets users check course schedules and share photos, and recently designed SerVme, an app that supports     advanced customer and venue management, which won first place at Bader’s 2013 StartUp Cup, an annual competition in Lebanon geared towards early-stage entrepreneurs.

Elie Nasr, managing partner at Lebanese app developer FOO argues that we don’t have enough local apps for the travel, tourism and hospitality sectors, and that “not all are up to the expected level.” FOO has developed local favorites, Beirut Airport and Movies in Lebanon, and has created several touristic apps for the GCC. Nasr says that the local demand for travel, tourism and hospitality apps is “very low and it has been like that since the app boom started. The region is focused on other issues and tourism is not the main focus currently.” Most of the apps are for hotels and restaurants as an extension of their marketing efforts. Nasr states: “Lebanon has always been a country focused on tourism and banking. We should have cool apps like Zawarib that display cool places on a custom map. Although the app is not user friendly, it has potential.”

The local scene still has a long way to go, especially since, as Naufal notes, “most local apps revolve around the businesses themselves and most are just for image without real practical usability, or have general low performance. They just want to follow the trend.” This means that the international market is miles ahead. The time to get things moving on the local market is ripe though. Naufal believes “there are a lot of potentially interesting ideas that could be done … for example … an application allowing users to find sports related activities such as rafting, hiking, etc, since they exist in Lebanon but there’s no easy resource to find them.” Apps could be used to project a positive image to potential tourists coming from abroad, and could even reveal the wealth that Lebanon has to offer to locals beyond nightlife and city attractions — encouraging internal tourism and boosting the hospitality sector.