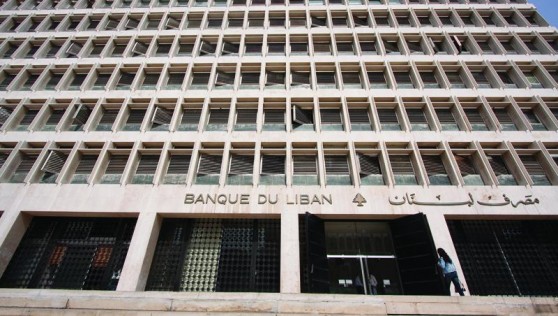 Loans have divided societies throughout history, between people who consider them a beneficial product that allows customers to purchase goods they need now and pay for later in the future, and others like Thomas Jefferson who believe “that the principle of spending money to be paid by posterity, under the name of funding, is but swindling futurity on a large scale.”

The latter category seems to be off base since banking credits expanded prodigiously in the past 50 years and banking activity in general generated remarkable profits for shareholders. This was driven in part by significant improvements in banking investment opportunities, with return on equity ranging between 20 and 25 percent for the financial industry as a whole up until the financial crisis in 2008.

Banking activity in Lebanon flourished after the end of the civil war, and it again took off in the period following the July 2006 Israeli war on Lebanon. Throughout, the growth of the sector’s activity was accompanied by a surge in lending. While loans to gross domestic product (GDP) remain within international standards — hovering at around 100 percent — with average interest rates on loans close to 7.2 percent through 2012, the surge in loans is posing a burden on consumers.

Credit to the private sector increased two and a half times in the past six years until the end of 2012. While loans to all sectors of the economy surged, the most prominent increase was for individual loans, which recorded more than a 250 percent jump during the same period to stand at around $13 billion at the end of 2012. The boom in real estate activity and prices in the past six years was the major contributor to this increase, driven by support from Banque du Liban, Lebanon’s central bank, and the Public Corporation for Housing. Housing loans went up from $1.2 billion at the end of 2006 to more than $7 billion by the end of 2012 and loans to the construction sector followed, jumping from $3 billion to more than $8 billion in the same period.

As for the other sectors of the economy, loans have doubled during the same period. Credit to the trade and services sector, the largest constituent at 35 percent of outstanding loans, increased by 105 percent in the last six years to reach $17 billion. Loans for manufacturing moved from $2.5 billion in 2006 to $5 billion in 2012, and those to the agricultural sector more than doubled, albeit from a low base, from $219 million to $455 million.

But banking loans to the private sector are expected to grow at a slower rate through 2013 and 2014. Economic activity has slowed as real GDP logged just one percent growth in 2012 and is projected to grow between 1 and 2 percent this year and 3 percent in 2014.
Hence the opportunities for growth of the banking sector in the domestic market will be limited. Banks will have to look, as some of them are already doing, at growth options in the region or other parts of the world. With a continuous slowdown in the growth of deposits, fulfilling the demand for loans by both the private and public sectors is challenging, and it seems likely that the private sector will be crowded out in favor of the public one.
In this context, returning to the high economic growth rates and a positive balance of payments is crucial. And this will not be feasible without a stable political and security situation, accompanied by structural reforms and infrastructure investments through public-private partnerships so as not to overburden government finances.

In the words of French artist Eugene Delacroix: “If one considered life as a simple loan, one would perhaps be less exacting. We possess actually nothing; everything goes through us.” From this perspective, adding a few other loans to life could actually be a good thing, for they may help us in improving our living standard as long as we have the capacity to pay them back.