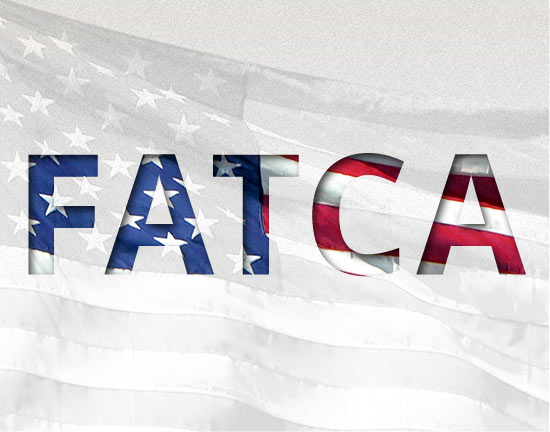 FATCA is due to come into force on July 1
Reading Time: 5 minutes

The four-year build up to the Foreign Account Tax Compliance Act (FATCA) going live is nearly over, with just eight weeks left until financial institutions have to be compliant. But the act, which is intended to rein in tax evasion by United States citizens abroad with accounts above $50,000, involves such a complex reporting and withholding regime that much of the Middle East and North Africa (MENA) will likely not be ready by the July 1 deadline, experts believe.

Such an extraterritorial law puts the onus on foreign financial institutions (FFIs) to act, in essence, as unpaid agents for the US Internal Revenue System (IRS), or face a 30 percent withholding tax on US account holders. Further impetus to comply is the possibility of being cut-off from the US financial system and not being able to deal with FATCA compliant institutions. “If a country is not FATCA compliant it will be financially sanctioned in a new way, ‘the FATCA way’, and the readiness in the MENA is not sufficient in my opinion for a FATCA go-live situation,” said Camille Barkho, chief compliance officer at Lebanon and Gulf Bank.

The potential sanctioning of the Lebanese banking sector is a grave concern in Beirut, given the high degree of the economy’s reliance on banking. Fortunately, Lebanon is ahead of the regional curve in getting to grips with FATCA. “At a FATCA Q&A session at a conference in March, some of the questions asked were very basic. You still hear regional banks asking questions about FATCA that Lebanese banks dealt with two years ago,” added Barkho.

Understanding FATCA at an institutional level has been one of the main stumbling blocks to compliance. The initial FATCA document was over 500 pages long and a further 500 pages have been released since. The starting date for reporting had also been delayed multiple times – the last one gave a further six months, to July this year – which has sent mixed signals as to how serious the deadlines are, while implementation on the US side has been badly handled.

“There are not sufficient IRS platforms to assist FFIs in better understanding the regulations. Recently the IRS released the ‘Temporary and Final Regulations,’ but how to go live with something ‘temporary’? And the W8 form was released in March, and other documents released this month. How can you prepare for an exam if the teacher doesn’t provide enough course material?” said Barkho.

The biggest stumbling block is the lack of agreement between governments and Washington. To provide information to the IRS, inter governmental agreements (IGAs) are needed, or alternatively central banks can allow FFIs to file directly to the IRS, which is what Lebanon is doing.

Other MENA countries are considering the same reporting mechanism as Beirut. With the exception of Oman and Kuwait, the rest of the Gulf Cooperation Council (GCC) countries have indicated they will opt for an IGA, although with just over two months to go before FATCA goes live time is ticking. “In the UAE an IGA is getting close but institutions are not sure if it will be wrapped up in time,” said Ranjith Kumar, Director at Keypoint, a financial services consulting firm in Bahrain.

Elsewhere in the region it is a similar story, from Turkey to Morocco. “Egypt said it will participate without an IGA. Tunisia and Libya are considering IGAs, but they’ve not progressed significantly,” added Kumar. “Institutions could register directly, but with disclosure of customer information to a government outside their jurisdiction, they are looking to regulators for guidance to decide how to go ahead with disclosure. In Algeria for instance, some of the banks have highlighted that they would get ready but will register for FATCA only after regulatory guidance.”

In Iraq, no IGA has been signed, but the Central Bank of Iraq (CBI) is pushing banks to comply. “There will be a lot of teething problems about disclosure and transparency, and lots of Iraqis are dual nationals so it will have an affect,” said a source at the CBI who requested anonymity.

Curiously Syria, in the midst of a conflict and international sanctions, is considering playing ball with the US. “The central bank has formed a FATCA committee to decide what to do, but I’m not sure if they can sign an IGA due to [US] sanctions,” said Dr Paul Morcos, founder of the Justicia law firm and President of the Banking Commission at the Beirut Bar Association. In Iraq, no IGA has been signed, but the Central Bank of Iraq (CBI) is pushing banks to comply. “There will be a lot of teething problems about disclosure and transparency, and lots of Iraqis are dual nationals so it will have an affect,” said a source at the CBI who requested anonymity.

On a global level, the MENA is not lagging behind. Only 26 countries have signed IGAs, while 19 countries have in the words of the IRS “reached agreements in substance” with the US this year, of which Qatar is the only MENA country listed.

The lack of IGAs is raising question marks. “I don’t know how they will be able to go live on July 1, with so few IGAs signed. I am not saying they should delay again, but is the market ready? Where’s Russia? Where’s China, Europe and Australia?” asked Barkho.

The lack of assistance from the IRS is a major gripe of financial institutions, especially as implementing FATCA requires major initial investment within an institution, estimated at $25,000 for smaller institutions, to $100,000 to $500,000 for most institutions and $1 million for larger firms. While a boon for the financial consultancy and IT industry, it is an extra cost that institutions would rather not have. As such, FATCA may well have a knock-on effect on banks to cut costs elsewhere. “International challenges can lead to the restructuring of the banking sector. So FATCA poses a question – will we have to restructure the banking sector here?” said Morcos.

More pressing in the immediate term is the issue of privacy and the safety of American citizens. “One thing the Treasury has not thought about is how do you protect US citizens? In a country like Lebanon, with Hezbollah and other US designated terrorist organizations, banks will identify US citizens, which could put them at risk,” said the BDL source.

Dual citizenship is a related concern, as in many MENA countries it is not allowed. “It will be a challenge as some citizens are known to have US citizenship, but now they have to explicitly declare if they have US citizenship or not,” said Kumar. “How institutions use the information once clients waive their right of confidentiality could be an area of concern for customers.”

The regional and global impact of FATCA has also not been addressed. With so few IGAs signed and banks not ready or willing to file directly to the IRS, will they be cut off from the US financial system? There is the assumption that the IRS will have to be pragmatic in the first year to prevent major reporting issues. Indeed, the IRS reported 2.7 million filing errors – out of 60.5 million tax returns – in the US in 2011. “Imagine the number of errors by FFIs reporting to the IRS? Even the most compliant banks will have high levels of errors,” said Barkho.

How will banks implement the withholding of tax, and how will compliant FFIs deal with non-compliant FFIs? Answers are also not clear.

While FATCA is likely to go ahead, it is not a 100 percent given, with members of the Republican National Committee voicing concerns recently, and the possibility of the Democrats losing the Senate to the Republicans in the fall. More questions about the viability of FATCA will no doubt arise, such as the returns versus the outlays. Indeed, in the IRS’ 2013 Annual Report to Congress, it notes that the Congressional Joint Committee on Taxation estimates that FATCA “will generate additional tax revenue of approximately $8.7 billion over the next 10 years,” while private sector implementation costs could “equal or exceed” the amount FATCA may raise.

Further questions may arise if there is a dawning realization about negative economic impacts on the US itself. “What happens when we start shorting payments on our Treasury bonds (TBs) by 30 percent? A sovereign holder is not subject to withholding, but for a private institution, what if the interest payment is done through SWIFT to a commercial bank that has not signed an IGA? Treasury will take the interest,” said Jim Jatras, Manager of RepealFATCA.com, which is lobbying against the law in Washington. “This is the kind of thing that could promote dumping TBs, and affect interest rates and the dollar as a global currency, which are issues nobody has thought out.”