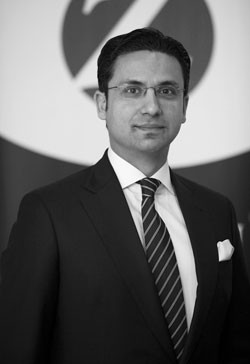 Zurich Financial Services Group (ZFSG), an insurance conglomerate with global reach, has been increasing its activities in the Middle East as part of an expansion strategy focused on emerging markets. Now one-year after the Swiss-based multinational acquired Compagnie Libanaise d’Assurances (CLA), a Beirut-based insurer with licenses in several countries in the Gulf region, Executive sat down with Maroun Mourad, chief executive of ZFSG’s insurance arm in the Middle East.

What is your approach to the Lebanese market? Do you see potential for Zurich here? How much was the local market a consideration in buying CLA, as opposed to acquiring the licenses held by this company regionally?

Lebanon is an important market in its own right. If you look at the Gulf and Levant territory, Lebanon is effectively the third largest market after the United Arab Emirates  and Saudi Arabia. It closed last year at $1.1 billion and Lebanon also has probably the most progressive and open attitude vis-à-vis insurance, given that penetration stands at over 2.5 percent, versus an overall Arab regional penetration of, grosso modo, one [percent], if not lower. Lebanon is part of the Middle East expansion plan and it so happened that there was a company that is based here and which owns the licenses in the Gulf. But we would have come here anyway. Our entry into the market is part of a much bigger plan for the region and globally.

As you said, the Lebanese insurance market reported $1.1 billion in gross premiums in 2010 but is very fragmented, with more than 50 operational insurance companies. What are your aspirations in terms of local market share and product mix?

We have none in terms of market share, that is predetermined. We don’t come in and say we will grab 5, 10 or 1 percent of the market. In the segments that we like, in the products that we can service and in the areas where we can actually be transparent, fast, easy to deal with, and honest — if we can dominate in that segment [then] we will. We recognize the fact that we are just starting here and we have to approach the opportunity with a bit of humility. There are household names in this market, good companies that have been operating here for some time. But this doesn’t mean that a new entrant with new ideas and top-notch local teams cannot succeed and cannot become one of the leading players. In the markets where we play we want to be as good as, if not better, than the leading local insurer.

Could you specify which segments of the Lebanese market are most interesting to you?

We are still in the process of finalizing our deep market studies, in order to not have one specific segment and miss out on the others that could potentially be areas where we could add value. [We will address a]  few areas such as the higher-end affluent personal segment, where definitely the high net-worth area is neglected, not only in Lebanon but in the region. The corporate segment is a very interesting one, because companies have complex risks, they have high-value assets, and they have potentially big liabilities. They need very strong financial security, which is what Zurich can offer here in the market.

Is the high-end segment the most under-served area in the market?

From a claims servicing and proposition point of view, yes. Not just the highest end but in the affluent side of the market as well, there are a lot more things that this market deserves that are not being offered. I will not delve into the details [of what we plan to offer] now.

Insurance is still largely considered a luxury in Middle Eastern markets. Some people have, perhaps wishfully so, predicted that insurance is moving from a luxury consideration toward wider acceptance. Are you seeing evidence that this is happening?

We certainly see the year-on-year growth in the industry. According to the IMF [International Monetary Fund], the Gulf Cooperation Council’s economic growth projections, on a compounded annual growth rate between now and 2016, will be 4.5 percent. The insurance industry is estimated to grow at nearly double that — at 9.5 percent. Does that really mean that penetration will effectively go from 1 to 3 percent so that we are at par with Southeast Asia and Latin America over the next five years? Probably not. A big push should come from compulsory insurance but compulsory insurance is directed at the areas that are most competitive: medical and motor.

Yes. Most competitively priced and least profitable. So what we would love to see more of is a combination of compulsory insurance and more awareness through cooperation between non-profit organizations and industry representatives like ACAL [the Lebanese insurance association], the media, publishing houses as well as the industry, be it the distribution side of the industry or the risk-taking side of the industry. The awareness is not there. People probably still look at insurance as an unnecessary expenditure but I am not entirely aware that people do a proper assessment of pros and cons of buying insurance.

Is insurance awareness better in the high-end market versus the general consumer segment?

Awareness is [better] but it is not where it should be. You come across discussions where folks, taking a high-net worth [individual] for example, have a couple of pieces of art, a jewelry collection, and perhaps a few high-end rugs in their house and a lot of these properties are not insured. They should be insured as a financial protection mechanism… This is where insurance, besides being a financial management tool, can be a lifestyle support — if you have a piece of art you probably need to continue to be appraised of its market value. Through our network you can have access to events that talk about these things.

How are you investing yourself into awareness building on the high-end or the general level?

In a lot of ways. We work closely with the regulators in every jurisdiction that we work in, to see which areas we can support. We participate in market studies whenever we are invited; we submit ideas, try to contribute to the publishing houses in terms of [specialized] pieces on insurance or general discussion of insurance.

In the middle market and corporate segment the awareness is there. It could grow faster but it is there for basic products. But even with property insurance, you don’t find that companies always buy [coverage of] business interruption, which is a real risk subsequent to a [catastrophe]. I think a bit more education there would help. Then professional liability; a doctor or lawyer or accountant or auditor may buy life insurance and maybe workers’ compensation for the employees and car insurance for the drivers. But the areas that are crucial, which are professional liability and also general liability, are neglected. Overall, in certain products we see a higher take-up in penetration in the commercial segment where the policy holder is a company rather than an individual. What we don’t find enough of is the higher density per customer.

Meaning companies do not buy different types of insurance beyond what they absolutely have to have?

Exactly. I think if there is increased awareness — even without acquiring new customers, although you have to do this — if there is more density, this would spur growth.

How much financial power is Zurich allocating to the Middle East? Any numbers that you can give our readers?

A lot [of power]. Just take a look: [Zurich has been positioned] in four countries through opening either a [Joint Venture], a greenfield or an acquisition. This is strategically important for us. The acquisition or expansion monies are not the only investments. When you come in, you have to integrate and expand and enhance. We are here for the long-term in multiple countries at the same time. We are pretty invested in the Middle East.

How large is your regional team today?