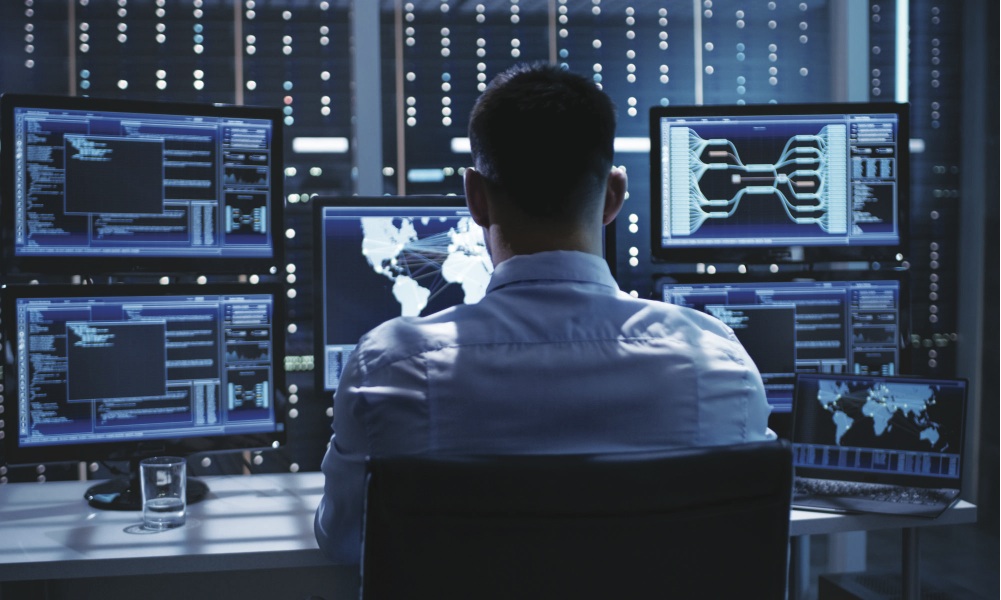 When it comes to predictions for this year, there are some prophecies that are practically risk-free, even outside the notion that the biggest risks of 2019 are not related to financial markets or even economic uncertainty. One such virtually risk-free prediction is that the digital transformation will continue. Another safe one is that Big Data and artificial intelligence (AI) will not wither.

The list of safe predictions for aspiring cyber gurus goes on, simply because many upside and even more downside developments are beckoning from all spheres of the wide digital cosmos. E-government tools will help improve the efficiency of public sectors in countries that improve e-governance and digital identity facilitation. Cybercriminals will use new attacks, and there will be spectacular and horrific breaches. Some of the attacks by cybercrime syndicates will employ AI tools. The financial damages count from cybercrime will be a multiple—a very substantial multiple—of investments into cyber-defense by public and private stakeholders (and this will by far not just be the case in Lebanon).

Even scarier, new cyber terrorism incidents will happen and target infrastructure or IoT (Internet of Things) vulnerabilities. There will be an arms race toward building new cyberwarfare arsenals, and in the daily life of humanity, plain old digital shit will happen—and probably escalate to unprecedented calamities. Digital futures will baffle us beyond our expectations and all predictions will be dwarfed by reality. In cybersecurity, the biggest risk will be the human being, but there will not be a worthwhile cyber future without humans.

What then is a non-geek enabled, or cyber-enhanced human being to do when one is faced with a digital future but has ethical and technical barriers against morphing herself or himself into a master black-hat hacker, devious digital snoop, or voracious cyber-predator? And what to do for someone, like an alert investor or an entrepreneurial whizz, who lives in a country that is lagging a felt 50 parsec (163 light-years, or more than 1,500 gazillion kilometers) behind its enemy state next door when it comes to creation of a competitive digital edge in robotics, artificial intelligence, and machine learning, as well as general corporate research and manufacturing for the cyber age, or cyber attack and cyber defense preparedness?

If you can’t beat them

Just over a century ago, when wars were overwhelmingly matters of human mass mobilization and deployments of ships, tanks, infantry, and artillery, the patriotically minded in the warring countries were asked by their governments to invest in war bonds. Similar financing tools for looming global conflicts in the digital era have not been developed. However, adapting the paradigm that “if you can’t beat ‘em, then you should join ‘em” to digital transformation and the global financial markets environment, even investors from the most digitally backward countries at least can turn to developed stock markets for gobbling up slices of the digital future and the prowess of listed cybersecurity companies.

Scanning the early 2019 results season in the investment landscape for interesting narratives of cybersecurity stocks yields another confirmation that digital security is one big bed of where the future lies. Undertaking a non-exhaustive or fully representative journey across February’s earnings news of companies with exclusive cybersecurity focuses or significant involvements in the area, Executive noted that companies tracked by exchange-traded funds (ETFs) made quite a splash. According to Seeking Alpha, an online financial publication, Fireeye—a cybersecurity company that was listed in 2013 and has a multi-year track record of rapid growth—achieved a 10 percent year-on-year increase in its billings in Q4 of 2018 and exceeded analyst expectations. Similarly, Fortinet, a cybersecurity company that, like Fireeye, is included in a pioneering cybersecurity ETF,  achieved a 22 percent increase in fourth-quarter 2018 billings and topped Wall Street expectations according to a report by Dow Jones’ MarketWatch.

In mid-February 2019, the stock of Israeli cybersecurity outfit CyberArk Software rallied as Q4 2018 earnings and profits greatly exceeded expectations. Akamai, a company with expertise in networks, cloud computing, and cybersecurity, for Q4, 2018 delivered 8 percent year-on-year earnings growth that was driven largely by a 36 percent year-on-year revenue growth in its cloud security unit.

And if you want to take a guess at what cybersecurity company Palo Alto Networks announced to investors in the last days of February: Yup, Palo Alto’s revenue was up 30 percent year-on-year in its fiscal Q2 2019 results and the numbers were above analysts’ predictions, while the stock rose over 8 percent to an unprecedented high.

All aforementioned stocks are on the portfolio lists of at least one cybersecurity-themed ETF. Further on, from lesser known niche players in cybersecurity to big established names such as the security and networking stalwarts Symantec and Cisco, market augurs promote them as promising on account of being anything from small risky plays with huge upside potentials to good investment opportunities because of strong share price performances and/or gain potentials, earnings-per-share forecasts, or dividend outlooks.

Prominent cybersecurity ETFs, such as ETFMG Prime Cyber Security Fund (known as Hack) and First Trust NASDAQ Cybersecurity ETF (CIBR) in the first two months reflected the good share price performances of stocks in their portfolios. Although both ETFs experienced a three-month slump in Q4 of last year, according to Bloomberg data CIBR at the end of February 2019 showed a return of 21.2 percent for the year to date (ytd) and a one-year return of 13.7 percent. Its three-year return was 21.1 percent. Also according to Bloomberg, Hack achieved an ytd return of 19.3 percent at the end of February and had one and three-year returns of 17.2 and 22.4 percent, respectively.

However, such fleeting observations should not be read as suggestions that individual investors and especially retail investors would be in for smooth rides to high returns by allocating large portions of their personal to passive funds with cybersecurity themes. For the moment, many analysts judge cybersecurity ETFs as having characteristics that justify minimal exposure even as the overall theme of cybersecurity might be perceived as a very attractive road to financial participation in the world’s digital transitions.

Executive asked Christian Gattiker, chief strategist and global head of research at Swiss bank Julius Baer, about his views on digital themes, cybersecurity stocks, and related ETFs for international investors at the end of last month when he came to Beirut for a presentation to the bank’s local clients.

The economist (who confessed to an infatuation with technical analysis, despite his training as an academic economist, during the evening’s presentation to investors) confirms that topics such as cybersecurity feature within what the bank describes as the investment theme of digital disruption. However, his view is leaning to active investing strategies and he would refrain from passive or static approaches when it comes to the sector. “We advise using active investing on those topics,” Gattiker says. “These [digital disruption and cybersecurity topics] are highly active themes and many of these markets are winner-take-all markets. Thus, if there is any shakeout in the industry, you lose as an investor if you hold all of [the involved stocks] because you win on one stock and lose on eleven others.”

According to the Swiss banker, investors parsing cybersecurity stocks should thus make their own decisions instead of buying into a themed ETF. He advises further that investors should rely on analysts who have a good track record in calling these markets and that investors also should be nimble as to shift exposure if they sense any surprising change in the markets for these stocks when one winning cyber solution starts to rise at the expense of its competitors.

But in the sum of what Gattiker perceives as the biggest race there is in terms of companies competing for the crown of digital dominance, and one where the final outcome might not be determined for up to 10 years, he concludes, “Digital disruption is a big topic and digitalized healthcare is another one. These are big structural themes that can be of advantage to investors, but in very specific companies.”