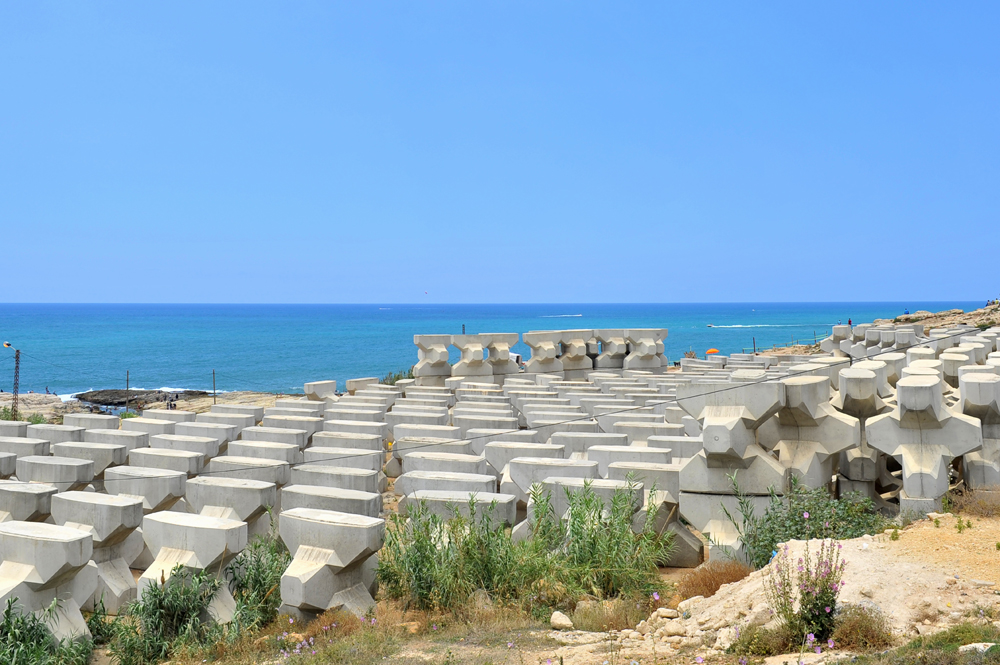 As activists push ahead with a lawsuit to prevent the development of nearly 110,000 square meters of coastal land to the south of Beirut’s iconic Pigeon Rocks, Fahd Hariri — the son of late Prime Minister Rafic Hariri who has a stake in an investment company which indirectly owns some of the land — is shopping around for ideas on what to do with it.

In mid December, the Civil Campaign for the Protection of the Dalieh of Beirut — using the locally known name of the land — published an open letter to architect Rem Koolhaas whose company, the Office for Metropolitan Architecture (OMA), they alleged had “been commissioned to develop a design for a projected development” on the land. The letter reiterated the activists’ arguments that the land — while privately owned since Ottoman times — has been used as a public space for generations and should remain open to the public, not used as a site for another private development. Koolhaas replied in the comment section of the online magazine Jadaliyya, where the letter was published, and said that “there is in fact no project, just a series of initial explorations” that OMA was conducting on behalf of an unnamed client. OMA did not respond to an interview request.

According to various records Executive has seen, the Hariri family owns a large stake in much of the Dalieh land, but does not own it all outright.

[pullquote]”[OMA] gave us a proposal which … for the moment, is not the one that we will choose”[/pullquote]

A source managing the land on behalf on the Hariri family told Executive in August the family had no plans to develop the land for “the foreseeable future.” Contacted again after the OMA news broke, the source said he was not familiar with the negotiations and named Fahd Hariri as the man looking to make plans. Hariri cofounded the development company HAR Properties, and Executive called HAR in an effort to reach him. Instead of Hariri, Executive was pointed to his partner, Philippe Tabet. When explaining that we wanted to speak with Hariri about the negotiations with OMA, Tabet interjects, “OMA is not the only option.” He explains that the Hariri family is keen to build on the land but is facing a number of difficulties. Firstly, Tabet says, the family requested project proposals from “many, many architects” and notes “one of them is OMA. They gave us a proposal which … for the moment, is not the one that we will choose.” In fact, he says, none of the proposals have yet piqued the interest of the Hariri family.

During the interview, Tabet repeatedly uses the word ‘we’. When asked what he meant, he explains “the Hariri family and the other owners.” Asked if HAR Properties would develop any future project, he says it was too early to answer. He offers, “I don’t think there will be any project before two to three years from now.” Tabet says that the goal is finding a project “for everyone, for nature, for Beirut, for the public, for us,” but notes it “is very difficult to have a project that is feasible, I mean, financially feasible and at the same time in terms of greenery and nature. It should fit and be responsible.” He reiterates that “we” are focusing “very seriously” on making sure the land is open to the public and continues to be a green space.

The land itself is divided into 14 plots, according to the Beirut Municipality’s cadastral map, most of which have multiple owners. Under Lebanese law, every plot of land is divided into 2,400 shares. When the land has one owner, that owner has all of the shares. If a plot of land has multiple owners, the shares are divided, and in such a case all of the owners have to agree on a development project before construction can begin. Given that Tabet said he was speaking for Hariri and the other owners, Executive points this fact out and asks if the other owners have agreed to develop. “No, no, no, not yet. We don’t have a feasible project for the moment, to convince them. We should have a feasible project. [Since we don’t], we cannot convince them.”