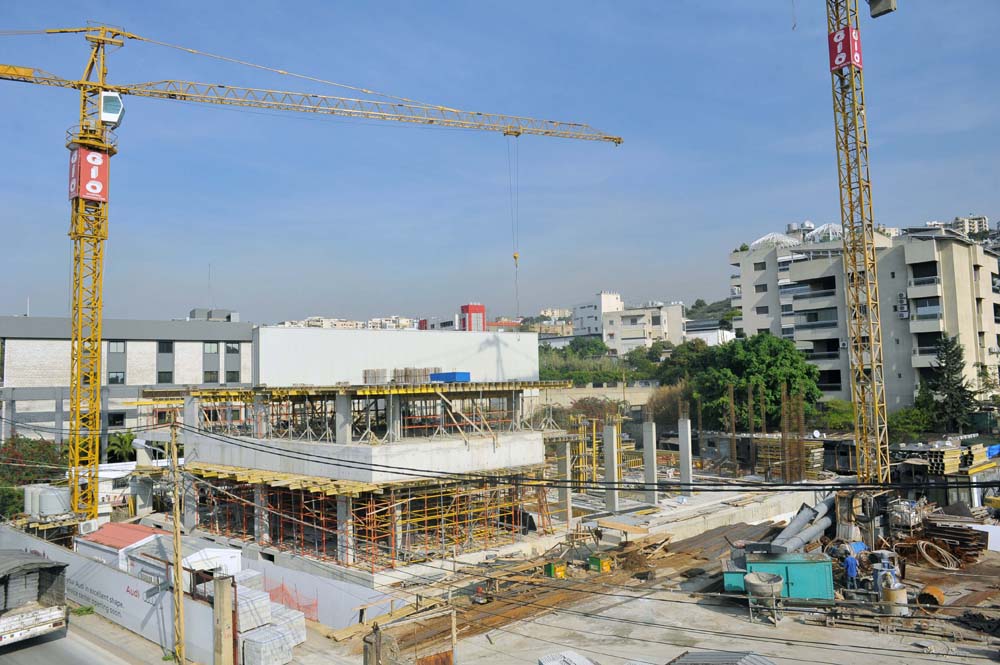 Lebanon’s real estate developers are singing a different tune these days. Gone is the talk that residential property prices will never go down as three years of a slump are taking their toll.

“We’re all having to discount, let’s not kid ourselves,” Nabil Sawabini, chairman of MENA Capital, tells Executive. How much are developers knocking off the price tag of a new home? “10 to 15 percent,” he says, echoing something other developers were saying much less boldly over the summer. Not only is there more wiggle room in the pricing of new residential projects, but some developers are also putting plans on hold in hopes of better days ahead.

Indeed, MENA Capital started 2014 with bad news. In March, reports emerged that they would not be moving ahead with a three-tower gated community of nearly 200 units called Bella Casa, initially expected to be delivered in 2015. Though a sign pointing to where the project should have been under construction still stands near the Beirut river, Sawabini confirms  that that project — and another MENA hadn’t announced — are indefinitely on hold. For Bella Casa, Sawabini says, off-plan sales had reached 15 percent, but MENA doesn’t start excavation work until 20 to 30 percent of the units are sold. He says they decided to call the project off before any work began. For both projects, he says MENA is “seriously considering what to do with the land.”

The first nine months of 2014 saw the number of real estate transactions rise 4.2 percent to 51,975 compared to the same period in 2013, according to Byblos Bank’s economic report “Lebanon This Week”, released on October 20. This growth, however, needs to be put into context. In the first nine months of 2011, 2012 and 2013, the number of sales was down compared to the same period in the preceding year. So while sales were marginally up in the first nine months of 2014, this comes on the heels of three straight years of sales contraction. On top of that, as Jihad Ibrahim argues in an interview with Executive, property sales figures reflect the recording of the sale with the registrar of deeds within the Land Registration and Cadastre. This is a flawed measure, Ibrahim argues, because residential projects take several years to build and, as Sawabini notes, many sales happen when a project is first announced or shortly thereafter. It is therefore difficult to look at the numbers and know whether they reflect sales which actually happened in 2014 (i.e., when a customer buys a built property and registers it immediately in order to begin living in the property) or if they happened earlier and are only now being recorded because units are ready to be turned over to their owners.

Regardless of what the numbers say, the developers and intermediaries that Executive spoke with were far more downbeat than usual. Even Chahe Yerevanian, chairman of Sayfco Holding, who argues he saw a slowdown coming and began focusing on making smaller, more affordable apartments, says 2014 has been a hard year for developers, though he still insists insists things are going well for his company. Referring to 2014 as “one of the best” years he has personally seen, Yerevanian tells Executive that, as of early November 2014, Sayfco had sold over 2,000 units, compared to 1,500 in 2013. Asked for a price breakdown of those units, he says 50 percent sold for under $200,000, 20 percent went for between $200,000 and $400,000 and 30 percent cost over $400,000.

Even as tourism numbers are dwindling and the overall economy is in trouble, some developers still see large-scale resorts as a worthwhile gamble. In October, Achour Holding held a launch party for the Eden Rock Resort, which will include a hotel and a 22 story residential building, along with chalets and cabins. The resort is located on 22,000 square meters of sandy beach at the southern end of Ramlet al-Baida, and the starting price per square meter of a property is $16,000. Wissam Achour, CEO of Achour Holding, did not respond to several interview requests to discuss the project. However, Achour is not the only one pushing ahead with a big resort.

Sayfco Holding is also planning a $1 billion resort just north of Beirut in Zouk. Tentatively named Azur, Yerevanian says the project, which includes an offshore marina to be built on 50,000 square meters of reclaimed land 500 meters off the coast, will be divided for permitting purposes into two, as a presidential decree is required to build a marina. He said that construction of the resort should begin in a few months while the marina will take longer. “We didn’t want to tie the permit with the marina” to electing a new president, he says, so the company is seeking one permit for the on-land resort and another for the marina. “Hopefully once a president is elected, we will work and get the presidential decree for the marina and work on the marina,” he says. The marina island, he says, will be connected to land via one bridge for vehicular traffic and another for pedestrians. The idea, he explains, is to keep the actual sandy coast open to the public, as stipulated by law.

MENA Capital’s Sawabini says his company is also thinking of getting into the resort business. Asked if another resort is the wisest option, he keeps his cards close to his chest. “It has to be a resort that has a theme to it and is certainly different than what’s available in the market,” he says. So what is the market missing? “I can’t tell you,” he says, reiterating only, “it will have to be different.”

In late 2013, both Prime Consult and Plus Properties, local real estate intermediaries, announced they were heading overseas to help boost their bottom lines. Both were interested in selling properties in Europe (particularly Spain and Cyprus) to well-heeled clients keen to get residency permits. Spain was offering residency for anyone who purchased a property worth €500,000 (around $623,000), while Cyprus offered residency permits for a little less, €300,000 (around $374,000). Prime Consult’s owner Massaad Fares told Executive in January that he was primarily looking to sell properties in Spain and figured the Lebanese wouldn’t be his main client base. For him, the scheme did not work very well. He told Executive via email in mid-November that “the whole exercise didn’t directly contribute much to Prime Consult’s turnover in 2014.” However, he says it did help the company realize “that we could start a new project in Marbella, Spain, oriented to British, Norwegian and Russian clients, totally uninterested in the residence permit issue, but in a nice upper market modern product, well designed, well built and well priced, so off we go, Prime Consult is now looking into reinvesting in Spain.” While insisting that Lebanon will remain Prime Consult’s “most important” market, he notes: “When your main market is going through a slow down, one needs to look into other services and other markets to sell.”

MENA Capital’s Sawabini agrees and says his company is also looking into visa-related property sales in Europe. Asked if more developers are making the same decision, he says, “If there was one [developer] who wanted to do this a year ago, there are 10 today in the region.” He says MENA is also looking to build in Iraq, where the company has already done work, and Saudi Arabia.

However, Nabil Gebrael — a real estate agent with Coldwell Banker and the chief financial officer of Cascada Village, a mega project in the Bekaa near Zahle that includes a shopping mall — argues that the slow down in activity means now is the perfect time to go shopping for a new home. “It’s a buyer’s market,” he says.