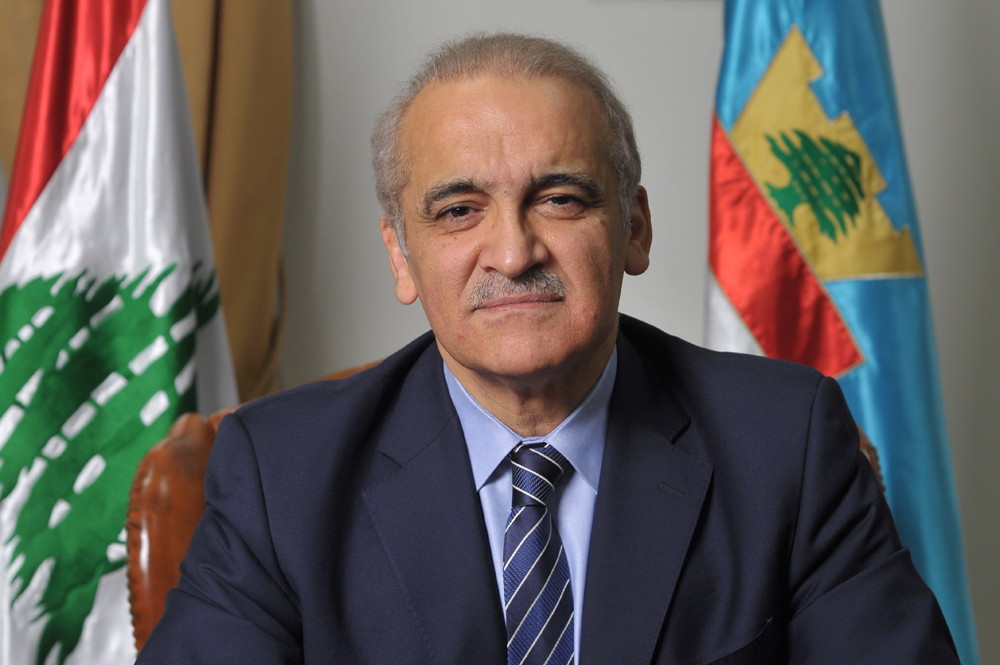 Bilal Hamad, president of the Beirut Municipality, talks with Executive about parks, sidewalk renovations, the city budget and the increasing number of revenue-generating towers within the city limits.

Back in 2012, you launched the “Beirut is Amazing” project aimed at adding and improving green spaces in the city. How much are park renovations going to cost the city?

$50 million, but we are not paying for all of the work. We are going to our friends for design donations, and sometimes maintenance of the parks after they are redesigned, as was the case with the René Moawad/Sanayeh Garden. Why? Because that’s how we can get the best. We can bridge over all of the routine administrative processes within the municipality and outside. Instead of going through a tender, where we would get someone who doesn’t necessarily offer the highest quality or best design, but the lowest price, we have sought out donations.

Aside from Sanayeh Garden, can you give us another example?

Saint Joseph University had to buy a strip of land next to the campus on Damascus Road from the city. I said, ‘I will give you that stretch parallel to the campus for 99 years but I want you to give something back to Beirut’. So on their own, they took on the repair of the Mar Nicolas Garden. This is good.

What’s happening with Horsh Beirut, the city’s pine forest that remains closed to most of the public?

We have a new master plan that was given as a donation. We approved it in the council and now are preparing the tender document with specifications and a bill of quantities to execute the master plan, because there are many facilities that need to be completed like tracks, the water fountain, benches, bathrooms, a theater. We will have a tender file to execute whatever is required by the master plan, including providing management, maintenance and internal security for Horsh Beirut. That tender will be ready in early 2015 and we are going to execute it in 2015. Hopefully later in 2015, we can get Horsh ready to open for the public.

Why isn’t it open yet?

We don’t want to open it and lose all of the greenery because of abuse. So that’s why we have reached this point. Once I have that firm that can maintain, secure, manage and execute the master plan, I will open it and let people bear their responsibilities.

Are there still plans to renovate the Hippodrome?

We planned on Île-de-France providing us with a master plan to transform the hippodrome into Beirut’s Central Park, where the hippodrome is only part of the park. But we waited a long time for Île-de-France and now they have decreased their overseas assistance to countries like Lebanon by a lot. We waited a long time and now we’re not going to wait any more. We’re going to commission a landscape consultant to do the master plan and we’ll see where we take it from there.

I understand there will also be a park in Martyrs’ Square in downtown.

The design was done by [engineering and urban planning consulting company] Khatib and Alami, and the CDR [Council for Development and Reconstruction] was commissioned by the council to finalize the design. It will have room for maybe 1,000 plus or 2,000 cars. Above the underground parking spaces Renzo Piano would provide the landscape design. We’ve commissioned the CDR to do the Build-Operate-Transfer, and I think this will be [completed] early in 2015.

Which plots will be part of the park?

Opposite from the Mohammad al-Amin Mosque and all the way down. But there is a part we cannot use because we found ruins there. So we will keep the ruins and start from there.

In the summer of 2014, Nadim Abu Rizk, the vice president of the city council, shared photos on Facebook that looked like a plan to make the road from the National Museum to Sodeco Square pedestrian only. Is this true?

Not pedestrian only. The plan is to widen the sidewalk and make it friendly to soft mobility. We want a track for bicycles that comes all the way from near the museum to downtown. The master plan is there but we need to develop the execution drawings.

When will that happen?

Do you have any news about the Fouad Boutros road that will connect the road near Spinneys in Ashrafieh to the main highway north?

The environmental impact assessment is being done and we are waiting. I don’t know how long we have to wait.

It’s under execution now. The old building is almost done. For the new building, we finished everything on the underground level. Now, I think, we are on the first floor. Things are speeding up. Hopefully we will open it at the end of 2015. This is costing us $20 million dollars, by the way.

Speaking of which, what are the city’s main sources of revenue?

The municipality tax and the new construction permit tax. These two. The new construction permits’ rate is going down. And this is a problem. If this trend is going to stay like this, I think it will cut into our revenues. But the taxes are ok. And, actually, so are all the new buildings. In one new tower, we get taxes like an old neighborhood because the taxes are based on the year in which that resident came into his home, so you see in the same building people paying LBP 200,000 ($133) per year and people paying LBP 10,000,000 ($6,667) because this guy moved in the 1980s and the other guy moved in recently. So in a new tower, a 40-story tower, they pay [a total amount of] tax almost equal to an [entire] old neighborhood.

I understand the city has around $1 billion in surplus?

[pullquote]Before the end of the year in Hamra we will be doing super structures, sidewalk furniture, lighting, benches[/pullquote]

Aside from the parks, how will you be spending it?

We’re also renovating and repairing sidewalks and infrastructure throughout the city. Before the end of the year in Hamra we will be doing super structures, sidewalk furniture, lighting, benches. We’ll do the same soon in Sassine, in Rmeil, Medawar, Karantina, Mar Mikhael. We will change all of the sidewalk furniture.

Will you make the sidewalks larger?

No, it’s a repair of them — remanagement. Making all the sidewalks accessible for the disabled, upgrading the city. We started some of them and finished several streets already — Badaro Street, Mar Elias, Tariq El Jdideh, Mousaitbeh. We are doing Mousaitbeh now. We did this in the Sanayeh–Al Zarif area where we changed all of the infrastructure, improved all the storm water lines and waste water lines. Now we are doing Ouzai Street, which runs from Barbir to downtown. We finished all the infrastructure, and all the sidewalks, made them accessible for the disabled and arranged the lighting. And now, on the street, we will do tiling like on Hamra Street. We will start that before the end of the year. And Makdessi Street will be tiled too.

How much does this cost?

Each street with its branches [costs] around $3 million.

I know parliament is theoretically working on a transportation plan for the city and suburbs, but the municipality has legal authority to design a plan only for the city. Are you doing anything related to public transport?

We are planning a public transport plan for Beirut. The council passed it a few years ago and the old [governor, who has to approve all city council decisions] put it in a drawer. Now the new [governor] is working on it. Hopefully we will have it soon. The design will take one year and then we will have a tender ready for execution. Maybe on a Build-Operate-Transfer basis. I don’t know.

Will the plan focus only on buses?

Switching gears a bit, what is the city’s role in approving the various high rises many activists argue are spoiling the city?

All these high rises get their exceptional approval from the director general of urbanism, and it comes to us. Then we just manage the permit and give it to them, and let them pay the money to the city. This is causing a lot of problems. All these high rise towers, they get it from there.

[pullquote]If there is somebody who is going to put $100 million into the city, can I say no?[/pullquote]

The city has no power to say no?

Yes, we can, but if there is somebody who is going to put $100 million into the city, can I say no?

One particular project, Eden Rock, is located on the sandy beach at the end of Ramlet al-Baida. Does this project have the proper permits?