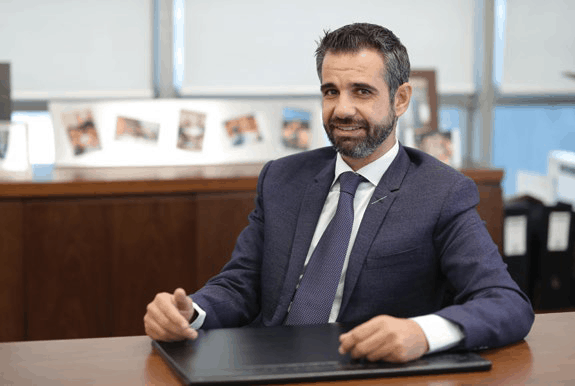 The Gray Mackenzie Retail Lebanon group took over the local supermarket chain, Spinneys, three years ago next spring, acquiring the brand from Abraaj Capital in the United Arab Emirates. Today, the group portfolio includes 16 Spinneys super and hypermarkets, 5 discount stores under the Happy brand, and 11 convenience marts under the Grab’n’Go label. Sitting down with Executive for an extensive conversation, Gray Mackenzie Executive Chairman Hassan Ezzedine describes how the group has been handling the economic crisis of 2020 and is positioning itself for the future.

Due to Covid-19, according to Ezzedine, the supermarket has become a one-stop destination for shoppers, who expect to find everything they could possibly want in one place. In response, the Mackenzie retail group is now working on developing as many consumer categories as possible. This includes the introduction of food courts and the development of online delivery to plans for cross-border expansion as well as production and exports of new food brands.

Before the inflation of 2020, supermarkets in Lebanon had a lot of competition, and price wars drove down the price of goods. Now, that the Lebanese pound has devaluated so fast, from 1,500 L.L. to above 8,000 L.L. in Q4 of 2020, consumers are facing a new reality: prices are going up fast.

There has been great stickiness to traditional retail [think family-owned business] in Lebanon. Modern retailers [think hyper and super markets] have not taken more than a third of the market. How is the split between traditional and modern retail looking today?

Traditional trade has shrunk. Today, according to many of our suppliers, and Nielsen Data also shows this shrinking of traditional retail, we are at 50:50 [between modern and traditional]. For some [suppliers], it is 60:40, but this also depends on the supplier. Modern trade has definitely taken a big chunk out of traditional trade during the economic crisis. Inflation has not helped traditional trade, or wholesalers, and increased the size of modern trade. Now it is up to modern trade to decide how to take this further. As I told you earlier, if I am looking at tier two and tier three [regions, further distant from the main coastal population centers] and start going up into these areas, then we will take an even bigger chunk. I think there are huge opportunities for modern trade in these [rural] areas.

Would you disclose how much of the market you have in terms of volume?

Pre-economic crisis, according to Nielsen we were 7 percent of the total trade, modern and traditional.

By value at the time [when the  group took over Spinneys]. We made a few improvements and one year and a half after we acquired, we improved two [percentage] points. I thought that was a very good achievement that we made. The changes that we made bore fruit. During the crisis I think that we reached 30 to 35 percent of modern trade, if we used to represent 20 percent of modern trade. This is based on numbers that we have seen from our suppliers when they share with us how much we represent from their turnover.

How has the overall import quota of things on the shelves of your average Spinneys shifted between mid-2019 and mid-2020?

It depends on the category. There are categories that have lost demand, let’s say imported water, to give an example. Because the price of the [imported] product has increased, the quantity [of that product] decreased. The price of Perrier increased 40 percent, the volume decreased 40 percent. The category, however, has either maintained its level or has grown [as buyers switched to other, cheaper brands]. So, as a total per category, continuing with this example, there was not a contraction of sales of bottled mineral water.

Has there been a major shift from imported to local items of daily consumption?

Definitely, in areas where Lebanese are in this category.

Take wine and cheese as two of my favorite digestive exercises.

Let’s start with wine. Two to three years ago, I decided that the wine category at Spinneys needed a total renovation. We did a type of [joint venture] with Vintage and we took [our wine selection] down from 2,000 references to 200. We depleted the old stock that we had, and we worked on certain price points for each type of wine and what values we were getting. When the inflation happened, everything obviously went down the drain, all price points were blown out of proportion. With the inflation, we still had a consumer that wanted our wine, but we also had great demand on Lebanese wine, because the price suddenly was more attractive. Lebanese vineyards have good wine. In certain years, great wines.

How much of your turnover in red wines is in Lebanese wines versus imports, compared to one year ago?

How is the situation with imported cheese such as French cheeses versus Lebanese cheese?

We cannot compare between French cheese and Lebanese cheese. We always had a huge reliance on foreign cheese. We can make Halloumi and similar but we don’t have the capacity to make all the cheeses like Brie, Roquefort, and all the rest.

How did the employee headcount develop over the past year?

We are stable. At the end of the day the number of shops that we have [determines the headcount]. However, we had a lot of changes at the beginning from the management perspective. Many left us, but the main core [members] of the company are here and have more responsibility today.

You had renovations and re-designations of stores in the last 24 months. Did you open any new Spinneys stores in that period?

We opened Signature in the Beirut Souks. That was TSC before and we called it Signature [because] we opened something above what Spinneys had [in terms of upmarket targeting] and we will go with this concept into other parts of the world.

The location in the Beirut Souks was impacted in the blast but Signature has reopened?

We are open. The blast has affected us in five stores and one warehouse. The team was able to fix everything to make it operational within two days. Tilal [located in Furn el Hayek, Achrafieh] took several more days because it was hit harder than others.

It was totally destroyed. We got it back. All of our stores  are back. We lost one employee in [Spinneys] Mar Mitr in the blast. It was terrible but it brought us even closer together. We helped each other out.

Has the payroll of your 2,200 employees been maintained at nominal level?

First of all we [each employee an amount equivalent to half their salary] as bonus about five months ago. Then we are distributing every two to three months a voucher that is equivalent  to 22-23 percent of the payroll, which employees can spend at Spinneys or Happy. We have done this three times and are doing it again at Christmas. In January or February we are looking to do an increment for the whole company. The level has to be studied. The problem is that we cannot tell right now what level of turnover we are going to be working with.

Can you say something about how your bottom line profit margin compares today to what it was a year ago?

We maintain it, but if you correspond it to the real dollar value, it is divided by eight.

So it has dropped?

The emphasis this year has been on two things: maintaining our working capital and [reducing] our payable days [target for paying invoices]. Spinneys had 90 payable days; today it has 30. We were able to pay our distributors and suppliers to make sure that they stay afloat. We were able to pay bonuses. Today, it is time to survive and the main concern in January is that we cannot hold back any longer. We need to increase salaries, it is not enough to give food vouchers. We are helping as much as we can but people have lost their purchasing power and we have to find ways to bring it back.

As you have mentioned, this year has been full of hiccups – sometimes overnight a supplier announces that they can no longer supply Spinneys. Is there a lot of pressure on the management team, such as your procurement and branch managers?

There is, definitely. But we have a super team.

How many persons are in the management team?

Let me put it this way: we have 70 people that steady the ship from the operational and commercial perspective.

If, hypothetically, there were an international investor who would want to acquire the group and offer you what you paid for the company plus a 20 percent premium on the acquisition, would you sell?

No, because I feel there is a lot more potential in this company. We have many plans to expand it whether at home or in Syria and we have created brands that we want to take outside. Also, you become an addict to retail and FMCG. I think I found my calling. It would be very hard to lure me away from it.

How has your platform for e-commerce and home delivery been performing in 2020 and how are you planning to work on it?

Do you have a key performance indicator for the group on what your delivery time should be?

Will you seek to corporatize the home delivery into an independent unit that would also serve third-party delivery needs from other stores or restaurants?

What we are trying to do – and we are following this model for Grab’n’Go, Happy and Spinneys – is that each concept has to make money on its own. All these stores are using the purchasing power of the group, and online, we will be able to use that purchasing power to create the margins required [for every entity to function individually]. But it has to make money as an entity itself before we expand and drown ourselves with investments that are not giving us any return. What I see is that Amazon is converting to brick and mortar. So what has happened is that both cannot live without each other. As brick and mortar I need my online platform and the online platform needs brick and mortar.

Did the covid lockdowns generate a spike in online delivery?

In the first lockdown that happened in [spring] we did not yet have our new platform ready. So we saw an increase, but if you want me to compare it to what our brick and mortar was selling – and [that is the case] even with the new platform when we got the new lockdown in November and sales were comparable [to those from March and April], the representation of online in comparison to what the brick and mortar was doing, was negligible. That does not mean that we will not enrich this channel and enhance it as much as we can.

[Delivery] will grow slowly and gradually with time, there obviously is demand for it. Through Grab’n’Go we will go for fast deliveries, and through Spinneys, we will be creating a full marketplace. But we would like to perfect our logistics, our dark stores, do everything so that when we fully engage the consumer, they get the best experience that they expect when they come to Spinneys.

But it will be a Spinneys platform, not branded differently under some corporate identity?

It will always be Spinneys. We believe Spinneys is a great brand name in Lebanon, it has the equity and the trust of the consumer, and we would like to develop and build on it.

“During the crisis…we reached 30 to 35 percent [of Lebanese market share] of modern trade. This is based on numbers that we have seen from our suppliers.”
“Today, it is time to survive and the main concern [is that] we need to increase salaries, it is not enough to give food vouchers.”