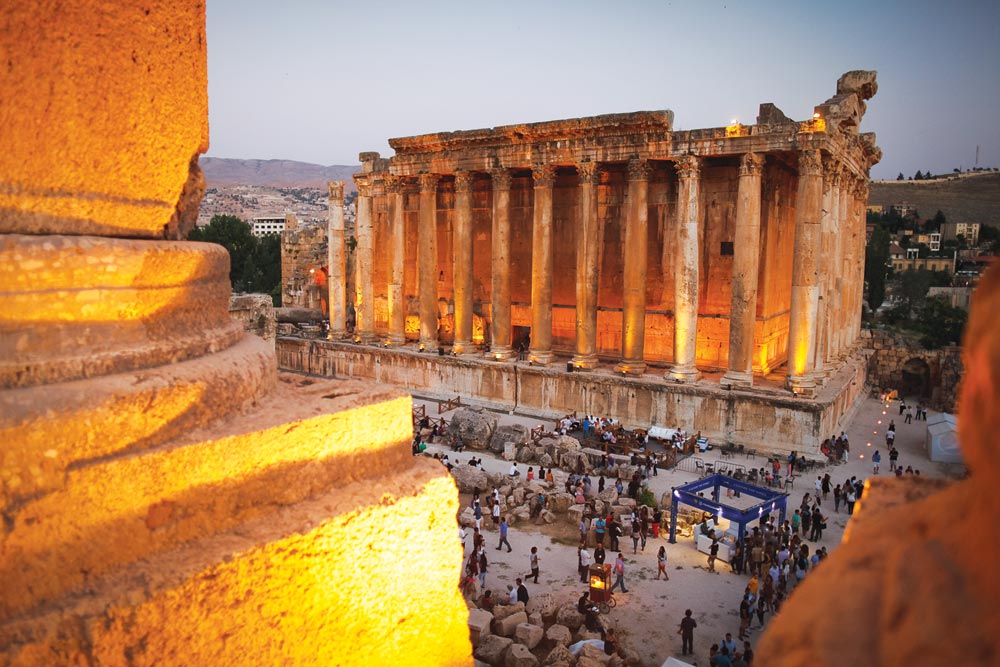 Baalbeck Festival is to return to the Bekaa
Reading Time: 2 minutes

The last couple of years have been tough for Lebanese tourism, and one of the areas hardest hit is certainly Baalbeck. The town, home to the most famous and stunning Roman ruins in the country, is located just a few kilometers from the Syrian border. As the Bekaa Valley region has become increasingly lawless and violent, with the civil war from neighboring Syria creeping into Lebanon, tourists have steered clear of the area.

Last summer Baalbeck International Festival announced it was not going to be held in the city’s ancient ruins due to security concerns. This was the first time since it was relaunched in 1997 that it was forced to relocate.

Yet, in a decision that will be widely welcomed in Lebanon, the event organizers are now aiming to return to the city. “This year, we are planning to be in Baalbeck,” Nayla de Freige, president of Baalbeck International Festival’s executive committee, told Executive.

De Freige is hopeful that the newly launched security plan in the Bekaa will succeed, thus increasing confidence in the region and allowing the festival to have a successful return. “We are still three months away from the festival and Lebanon is a country of surprises. We want to believe positive things will happen during that time,” says de Freige.

The festival committee always coordinates with the internal security forces, the army and the Baalbeck municipality to have security presence on the roads leading to the temples, and this year will be no exception, De Friege said.

Speaking of last year’s relocation, de Freige says they had planned to have the festival in Baalbeck as usual and even announced as such to the media. However, last summer’s deteriorating security situation in the Bekaa region left them with only two choices: cancel the festival or relocate.

Instead the festival was hosted at La Magnanerie, a renovated historical silk factory in Jdeidét el Metn. In an attempt to replicate the ambiance of Baalbeck, the stage’s backdrop was a large image of Baalbeck’s Bacchus Temple.

De Freige says this year’s program is already set and the festival will open in August, after the holy month of Ramadan. She would not reveal the names of any of the artists performing.

Executive will provide a full report on the major summer festivals in Lebanon in our upcoming May issue’s special report on Hospitality and Tourism.