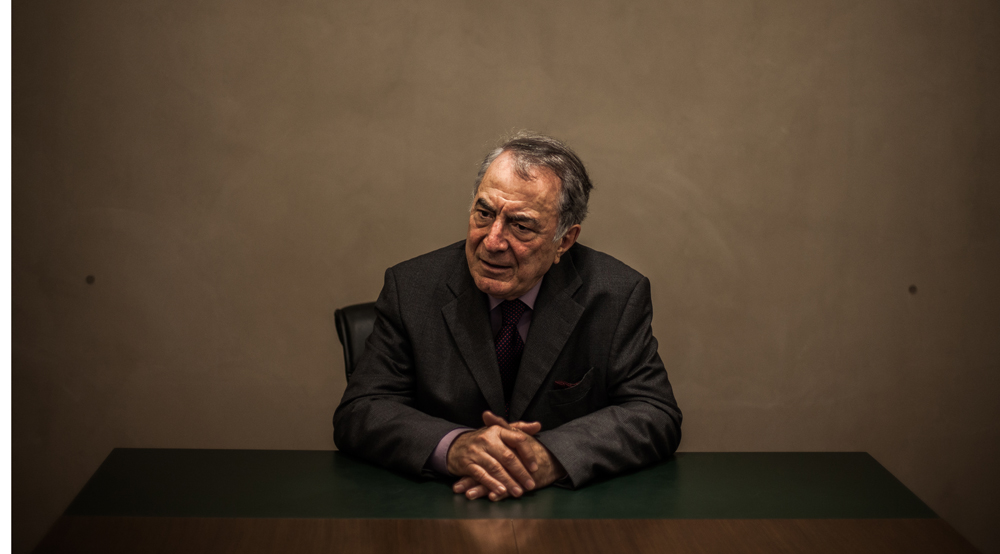 José Francisco Rezek was always proud of his Lebanese roots growing up, but it was not until he was nearing the end of his career that he first engaged with the Middle East professionally. Already having served as head of Brazil’s Supreme Court and the country’s foreign minister, in 1996 he swapped his home country for the Netherlands — becoming one of the 15 judges at the International Court of Justice (ICJ) in The Hague.

It was there that he ruled on one of the Middle East’s perhaps most controversial issues — the construction by Israel of a 640-kilometer wall which began in 2002. In a decision that was 10 years old yesterday, the court was asked to rule whether the vast concrete and steel barrier that cuts into Palestinian territory was legal.

In the end, he says, after five months’ deliberation, there was near total consensus. The court voted 14–1 that the construction was illegal, with US Judge Thomas Buergenthal abstaining. A decade on, Rezek admits that the continued existence of the wall is a “very bitter point” for him personally, yet he still believes the landmark ruling was important.

“We couldn’t reasonably expect that the government of Israel would be more respectful of a decision of the court of The Hague than it was for a decision of the Security Council taken decades ago,” he says, referencing the United Nations’ repeated condemnations of Israel’s settlement building. “But from then on no one could dare to try to present as legal something declared as illegal by The Hague. They [the Israelis] may do whatever they do but they can’t with a wooden face, as we say in Brazil, try and convince people in the West that they are doing something legal and decent.”

Born in Brazil to Lebanese parents, Rezek rose to the top of the country’s legal profession from a relatively humble background. His father fled Beirut in 1918 after deserting the Ottoman army, “causing some damage” on his way out, Rezek says cryptically. Arriving in São Paulo, he began selling textiles — as was typical of many Lebanese at the time.

After meeting his future wife, who grew up in Brazil but was of Lebanese descent, he moved to a small town a few hundred kilometers from São Paulo. It was here that Rezek was brought up, in a close-knit community of Lebanese expats. Though the families had modest fortunes, they worked together to improve their lives and Rezek believes this attitude helped them succeed. “During my youth we realized that our unity somewhat contrasted with the locals [Brazilians],” he says. “We perceived that we had family unity and they didn’t.”

Like most Lebanese families of that time, Rezek’s parents encouraged him to go into the professions — though initially not the legal one. “I belong to a family of doctors — in my extended family there are three lawyers and around 40 doctors,” he says, smiling as he recalls his battle with his parents to allow him to focus on law.

Youngest head of the supreme court

After periods studying and teaching in the United States and France, he was soon on course to the top of the Brazilian judiciary. In 1983, at the age of just 39, he was appointed head of the Supreme Court — the youngest judge to hold such a position in a century. The country was still technically in the dying years of military rule, but the judiciary had been made independent four years previously. For Rezek, it was a unique level of power due to the Brazilian constitution — which gives the judiciary the final say on every government decision. “The justice is the real power of the state, even more than in the United States. Many times every year, members of congress and senators go to the Supreme Court in order to resolve problems within their legislative houses.” After seven years in that role he moved into politics, becoming foreign minister. In that time Rezek played a role in negotiations that eased South Africa’s apartheid government. Though the South African regime was blacklisted by the United States and other Western powers, Brazil maintained relations — despite opposing the regime. For two years Rezek acted as the go–between in negotiations that eventually saw the government step down. “Brazil was the bridge. All travel between the United States and South Africa was through Brazil. This was acknowledged by Mr [Nelson] Mandela during the period of transition.”

After the collapse of the government, Rezek returned to the Supreme Court, before eventually getting the call to become one of the world’s most powerful judges at the ICJ. Since his term ended he has been working privately in Brazil, but would now like to engage more with Lebanon, although he is frustrated by the lack of planning in the country. “There was an event a few months ago … but they invited me three days beforehand,” he says. “The diaspora wants to be involved but it is a question of better organization.”