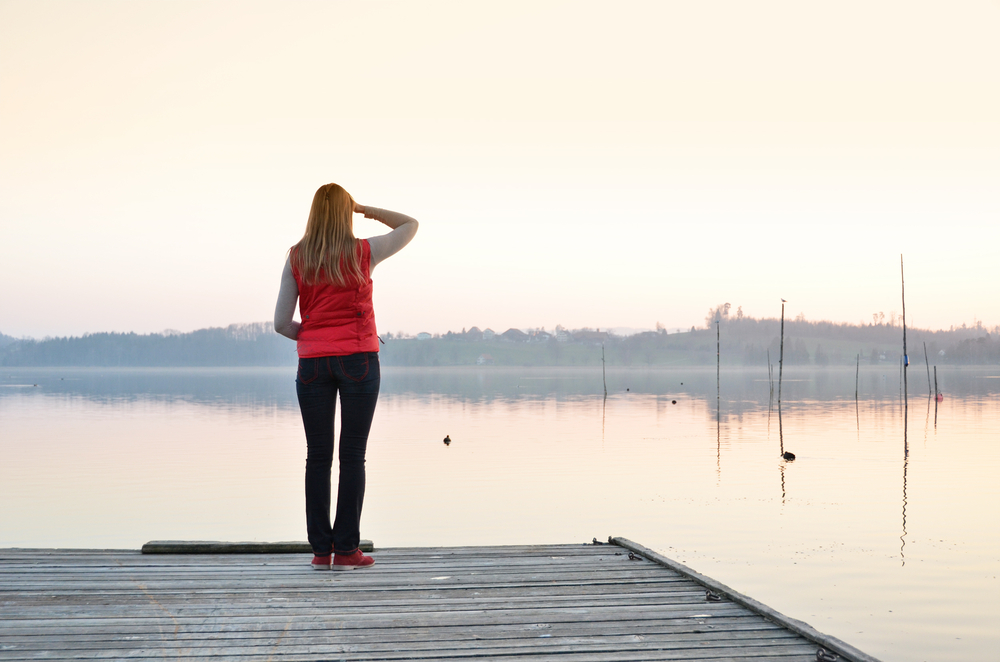 “The telephone rang. It was my 70 year old great-aunt. My heart crumbled. I knew full well what was coming next.

‘Hello there sweetie,’ she chirped.

‘So, have you met anyone special?’ Her tone became grave and stern.

‘Not yet,’ I replied in a rather ‘goodness not again’ manner.

‘Tsk,’ she snapped. ‘You’re 34 years old and still not married. You’ve reached your expiration date. No one will want you now.

This sort of conversation is familiar to Lebanon’s growing legion of singles. We live in the land of “nefrah minik” (may we celebrate your wedding) with sayings that include “a bridegroom made of coal is a blessing” (implying that any man is better than being single) and “the bride is a frog but the wedding is a cyclone” (the bride is insignificant but the wedding is a grand show).

But marriage might not be the promised path to happiness. Studies on marital status and happiness have conflicting results. Some state that married people are happier: “[A] study, published in the Journal of Marriage and Family reveals that married couples experience few advantages for psychological well-being, health or social ties compared to unmarried couples who live together. While both marriage and cohabitation provide benefits over being single, these reduce over time following a honeymoon period” (Wiley). Others claim that singles are happier, while some studies argue that both single and married individuals enjoy about the same level of happiness. If the more accurate studies are those that suggest singles are less happy, could it be because of social pressure and the way society discriminates against singles rather than the actual state of being single? Happiness is tied to many factors and there are no guarantees in life, so how can marital status guarantee happiness or sadness? And what role does our perception that ‘the grass is always greener on the other side’ play?

Singles can be happy

We live in a world where many find it hard to believe that you can be single and happy, just as you can be married and happy (or miserable depending). And we live in a culture where singles, especially single women, are constantly put down and made to feel inadequate. Whenever someone asks you what you’ve been up to and you eagerly talk about your presentation at a conference or promotion at work, pity starts to appear in their eyes. “Oh poor soul…but have you met anyone yet?” Some even take it a step further by reminding you that your ovaries are rotting.

The practice of “single shaming” is not something exclusive to Lebanon. The internet is littered with articles about “how to be single and happy,” implying that you should naturally be in tears at this predicament. Bella DePaulo, a professor and author of “Singled out: How singles are stereotyped, stigmatized, and ignored, and still live happily ever after” has an entire blog called Living Single on Psychology Today to empower singles and even coined the term “singlism” (discrimination against singles). And yet things are changing in the West. According to the Census Bureau in the US, about 54 percent of women of marriageable age are single, while the figure is 46 percent for men. And many are choosing to remain single or become single parents. “A 2006 survey of singles by the Pew Internet & American Life Project found that 55 percent of the never-married had zero interest in seeking a romantic partner” (“Single by Choice”, Boston Magazine).

In Lebanon ‘single shaming’ is more pronounced because behind the wild nightlife scene and beaches hides a traditional society with traditional values. In Lebanon, everyone is pressured into getting married as if it’s the only path in life. It’s rather perplexing considering our reality. In a country suffering from a lack of job opportunities, there aren’t many men of marriageable age around because of emigration. Some claim there’s a 5:1 female-to-male ratio “among university graduates.” While there seems to be no consensus on what the real ratio is, there is consensus that there are more women than men of marriageable age in Lebanon. And this unique gender ratio makes Lebanon very unique indeed.

These numbers make the stakes high and the competition fierce for women. It also makes finding a genuine partner in life (which is what many modern, educated, financially independent and career focused women want rather than a husband who is just a ‘provider’ in the traditional sense) as challenging as seeing an atom with your naked eye. Even guys are having tough times since they have to grapple with the high cost of living versus low salaries and ridiculous expectations. And there’s also the pressure that leads some to marry for all the wrong reasons just for the sake of the big wedding only to divorce soon after.

Will reality spark change in our society? Will Lebanon be kinder toward those who will remain single for life, some by choice and many because of sheer circumstance? Or will society continue to make this ever-growing portion of the population feel like they missed the boat even though the boat was simply never there to begin with? Whatever the answers might be, it’s worth remembering true happiness is found in ourselves, not in others. Married or single: both can be the true path to happiness. But happiness starts with you.