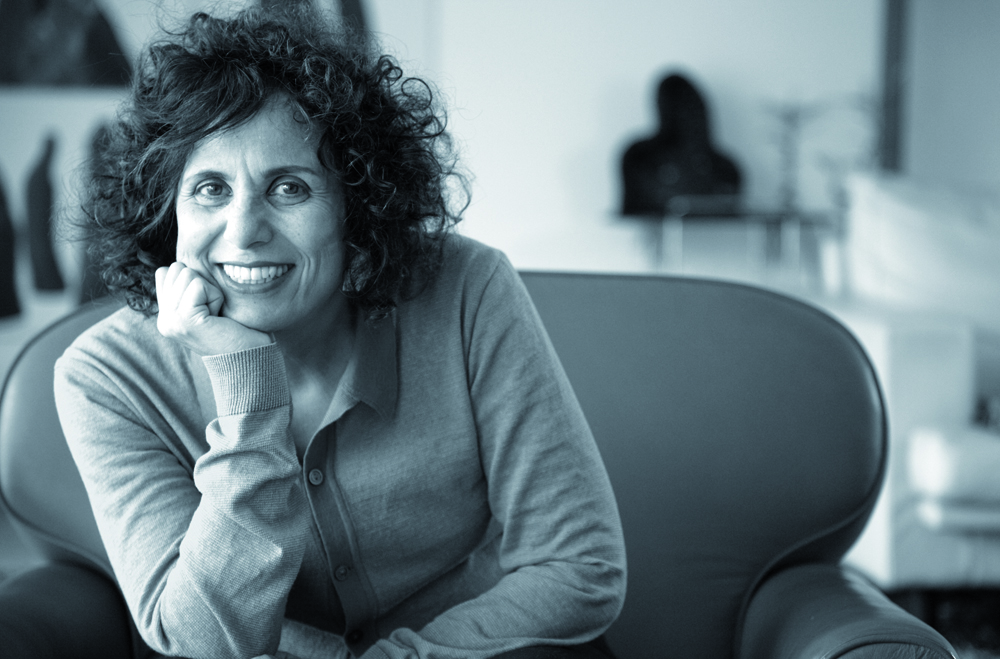 From Denise Milan’s 12th floor studio, São Paulo stretches for miles in every direction. The sprawling metropolis both inspires and frustrates her — its heart pulses with energy, but not always the constructive kind.

The artist works with natural resources to help bring out what she calls the ‘language of stones’ — the natural balance in the universe. With her art, Milan seeks to reconcile people to their place through the acceptance of wider powers at force in nature — a message she believes is key for migrant communities. “Through these structures I can reconnect people to their origins because the people of the diaspora are cut from their origins, they left them bleeding and crying. It was not that they just left and said ‘we will conquer America.’ There was a cry, there was a sorrow. Then, through these structures in Brazil I can better understand the belonging to the universe, belonging to my origins.”

She gives the example of basalt and quartz — two parts of many rocks. They form against each other — appearing in conflict yet totally reliant upon one another. “The basalt may seem an obstacle but in reality it gives the [quartz its] form. It is all about the tension — about how one helps build the other.” This lesson, she says, can be applied to human life.

Her sculptures can be found across São Paulo, including one chasm in the wall on the metro line. In it, crystals are lit up, giving the impression of staring into the center of the earth. “It pulsates; you have the sensation of it breathing,” she says. Outside of Brazil she has had exhibitions across the United States, while her works can be seen in Chicago and Italy.

In recent years she has reconnected with her own roots — becoming the Brazilian representative for the campaign to have Lebanon recognized as a land of dialogue. She truly believes Brazil’s multicultural society — in which dozens of immigrant groups have come to identify themselves as Brazilians above all — can be an inspiration for Lebanon. “Lebanon is a model and Brazil is like a star for this model.”