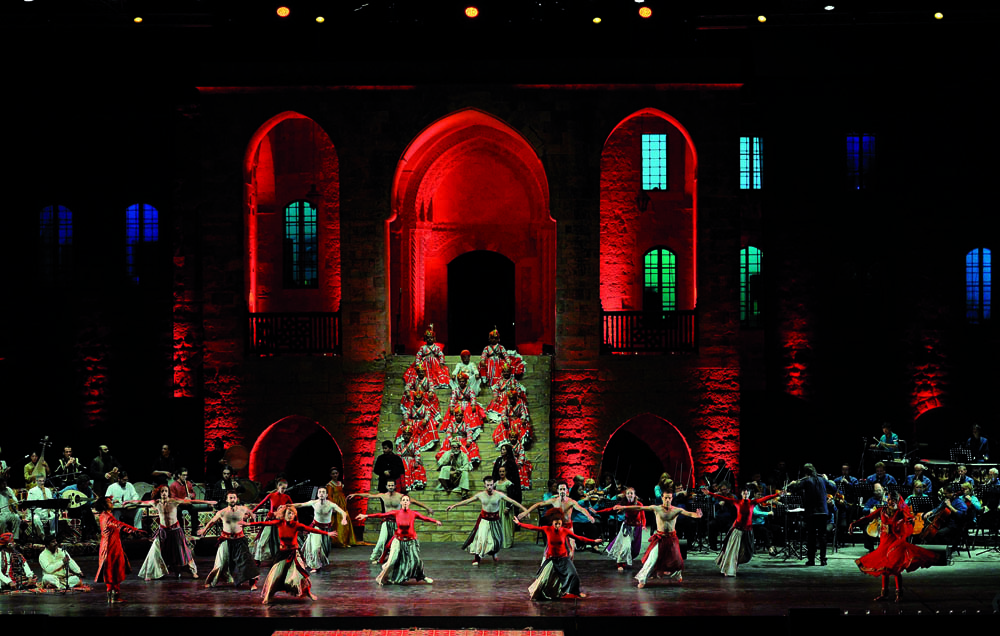 “We have a cultural role to play; the festival is a form of cultural and touristic resistance which says that the country is still here,” says Hala Chahine, director of Beiteddine Art Festival.

Lately, the country’s music festivals have had many challenges to resist, yet, much like Lebanon itself, they are taking the hits but managing to hang on year after year.

The unpredictable security situation in the country creates its own obstacles for the various festivals. Last summer, Baalbeck International Festival had to relocate to Jdeidet el Metn because of safety concerns in the Bekaa area: “We had the choice to either cancel the festival or to relocate to symbolically keep Baalbeck Festival’s name alive, so we chose to relocate,” says Nayla de Freige, president of the festival’s committee. This year, with the security plan already in implementation throughout the country, de Freige is planning to return the festival to its home.

Security issues also make it harder to attract performers to Lebanon, and the country’s major international festivals have had to rely on their historic reputation and proven track record to convince artists to sign contracts.

Naji Baz, Byblos Festival’s manager, says he sells the name of Byblos Festival which, after thirteen solid years of performances, has become well known among international artists’ managers, and attracts new talent. “I’d say our former artists are our best ambassadors, and of course we rely on that, but I feel that despite the very good reputation of Byblos abroad, we have to start from scratch every year,” says Baz, adding that it was as hard as ever to sign this year’s lineup since foreign artists don’t distinguish between areas in Lebanon and tend to deem the whole country as unsafe if they hear of an incident.

De Freige says some artists refuse to come to Lebanon while others dream of performing among the historical temples of Baalbeck which, throughout the sixty years of the festival, has hosted such talent as Umm Kulthum, Ella Fitzgerald and Fairuz. “We choose those artists who trust us and know we have a sense of responsibility so if we choose to be there, it is safe. It is usually easier to deal with Europeans because they know more about the reality of the country,” says de Freige.

Al Bustan Festival’s organizer, Nada Massoud, also admits that it is difficult to attract international talent to a country with security issues, but says that once artists get here, they are often pleasantly surprised, “fall in love with the country and some consider settling here.” She adds that the name of their artistic director, Gianluca Marciano, is very helpful in attracting classical music performers.

This has led some festivals to rely on domestic talent with Beiteddine Festival to open with Majida Al Roumi. “We try to give as many chances to young Lebanese talents as we can with at least one mainstream Lebanese program and one or two edgy ones as well,” says Baz.

Though all organizers Executive spoke to agree that the festival attendees are mainly Lebanese, the lack of a solid touristic season for the past three years has caused a decrease in the number of expats returning home for the summer and in the purchasing power of resident Lebanese. This has left many festivals struggling to maintain their standards and budget — which is largely from ticket sales — while keeping fair ticket prices.

Baz explains that artists’ fees have gone through a global inflation with the decline of CD sales and artists’ reliance on concert tours for their income. “This inflation has made it tougher to practice reasonable selling prices for your tickets especially since you want to remain close to the means of the Lebanese middle class,” says Baz.

Chahine agrees with Baz and adds that since the festival is attended mainly by Lebanese, they offer a wide range of prices to suit most purchasing powers in the country. Beiteddine Festival also offers affordable transportation to Beiteddine and free parking.

The festival organizers Executive spoke to derive between 60 to 80 percent of their budget from ticket sales, with some, such as Beiteddine and Baalbeck, receiving financial government support through the Ministry of Tourism. This support, explains Chahine, is often two years late forcing the organizers to take loans from banks in order to pay their dues on time. According to de Freige, 33 percent of the Baalbeck festival’s budget is spent on taxes which include the value added tax (VAT), and a tax on each international artist contract they sign. This, along with the delay in government support, makes planning in advance and attracting renowned talent hard. De Freige joins Al Bustan’s Massoud in asking that those taxes be reduced. “It’s true we are receiving government support but still we ask for the taxes to be reduced. We want the festival to be financially sustainable,” he says.

Chahine warns of a new law which would increase the VAT tax by 2 percent and the international talent tax by 10 percent in order to fund the Lebanese Artists Fund. “As private nonprofit organizations, we are not supposed to be responsible for this fund,” says Chahine who fears that, should this law pass, ticket prices would need to be increased to a level many people would not be able to afford, adding that they are working to stop this law from passing.

With these obstacles in their path, one might wonder why the festival organizers still give their time year after year. All the organizers Executive spoke to see it as their civic duty to the area they are in and for Lebanon as a whole. They are proud of the close relationships they have with the municipalities of the areas the festivals are held in and the support they receive from the residents who volunteer their time.

Baz sums it up: “We care that the festival takes place in Lebanon though it is very tough. Every market has its difficulties but at least abroad you can predict them and work with them but here there is nothing you can do to save yourself if the situation goes bad. It’s an act of hope.”