Waning ties with the diaspora

Gebran Bassil with Michel Temer in Brasilia, on July 10, 2014

One of the challenges that Foreign Minister Gebran Bassil has set himself is to encourage more investment from the diaspora. At a conference in May, Bassil made a bold appeal for those with Lebanese roots to invest in the country.

“The Lebanese people look for investment opportunities,” he said in a speech opening the event. “Did we give them offers, did we give them incentives? Don’t they deserve for the sake of sharing to be able to invest in oil and gas, electricity plans?” Bassil asked. In particular, he mentioned trade with Latin American countries as an area of potential growth — and a number of powerful Brazilians were in attendance, including Roberto Duailibi, one of the country’s top advertising executives.

Bassil’s commitment to Latin America appears extensive. He is currently in Brazil where he met the Brazilian Vice President Michel Temer, and the Minister of Mines and Energy, Edison Lobãoto, to encourage investment in Lebanon. Yet the challenge may be a daunting one — few Lebanese–Brazilians that Executive spoke to expressed an interest in opportunities in Lebanon.

Any moves made in this direction would almost require starting from scratch. Current trade between the two countries is around $350 million annually, according to the Lebanese–Brazilian Chamber of Commerce (LBCC) in São Paulo. While for Lebanon, with a GDP of around $40 billion, that is moderately significant, for an economy the size of Brazil’s — with a GDP of over $2 trillion — that is smaller than small fry. This is made worse still by the unbalanced nature of the trade — around 95 percent is Brazilian exports to Lebanon, with key products being meat, coffee, glass and other foodstuffs.

This lack of trade is partly because of high barriers — Mercosur, Brazil’s free-market agreement with some Latin American countries, means there are fewer incentives to seek trade outside of the region. Crucially, it also includes protection on some industries, including, most notably for the Lebanese, wine and olive oil.

[pullquote]“Whenever we say ‘now it will work,’ something tragic happens”[/pullquote]

Alfredo Cotait, a former senator and head of the LBCC, has even put forward proposals for a free trade agreement between Mercosur and Lebanon. Asked if he is optimistic of it being passed in the medium term, he simply says, “No.” His deputy Guilherme Mattar puts it in more polite language. “We have to be [optimistic] even if rationally we know that it will be very difficult. Fighting for such a thing is already an accomplishment; we have to fight lost causes as these can evolve into another meaningful thing.”

For those Brazilians looking to invest in the Middle East, however, Mattar sees the small Mediterranean state as a perfect launch pad. “Lebanon can be a window to the Arab world, to make products fashionable or known among Arabs — provided that Lebanon is functioning and that there is tourism and the expatriates come back and bring back with them influences,” he says. “That’s where the omnipresence of the diaspora should play an important role.”

Yet there are also other problems that make it hard to attract Brazilians to invest in Lebanon. The first is clearly location and history. João Sayad, an economist and former senior banker, is proud of his Lebanese roots but says he would never advise companies from Brazil to look there for profits. “It is too far away. I don’t have a Lebanese partner that I trust and I don’t know anything about Lebanon — except that I love the idea of going [there on holiday]. Add to that civil war, new wars, and it would make it very risky.”

[pullquote]“I have realized now after 14 years that most rational people have left the country through emigration and what we are left with are people who put their emotions above their personal, family and national interests and people who are so linked to the past they are unable to look at the future. They think politics is all about settling old scores and not about making society better for the next generation.”[/pullquote]

There are also differences in the economic structures of the two societies, with Lebanon’s small and relatively closed economy scaring off potential investors. Carlos Eddé is perhaps uniquely positioned to know the differences between the two economies. Having lived his whole life in Brazil, largely working in the private sector, when his uncle died in 2000 he was asked to replace him as leader of the Lebanese National Bloc party in Beirut. Initially he refused, but after some cajoling he acquiesced — a decision that he appears to have had second thoughts about.

“I took on the challenge because I thought that a certain amount of rationality was needed in Lebanese politics. But I have realized now after 14 years that most rational people have left the country through emigration and what we are left with are people who put their emotions above their personal, family and national interests and people who are so linked to the past they are unable to look at the future. They think politics is all about settling old scores and not about making society better for the next generation.”

This attitude also goes for the economy. He contrasts the static, semi-feudal economic structures in Lebanon with the can-do attitude of the Lebanese in the diaspora — who have prospered economically across the world. “When they [the Lebanese in the diaspora] come here they see that priorities are different. When you go to Brazil you focus, which is why the Lebanese are so successful outside Lebanon and so unsuccessful here.” A third factor undermining potential trade has been Lebanon’s checkered history.

In many cases it is a matter of once bitten, twice shy — with Lebanese-Brazilians having tried out the market and found it unreliable and unpredictable. Eddé points out that many powerful businesspeople have previously invested in the country of their ancestors, only to see it disappear down the drain. “A lot of Lebanese who wanted to help during the war and postwar gave money to associations. Then they discovered it was a scam — that all this help they were giving was not going where it was intended,” he says. “And those that invested in business were robbed, simply put.”

Mattar agrees that security problems have undermined the work of the LBCC. “In early June 2006, we brought a business delegation to Lebanon. They were excited and were [planning to do] a lot of business. Then a few weeks later, boom!” he says, referencing the start of the month-long war with Israel that devastated the country’s economy. “Whenever we say ‘now it will work,’ something tragic happens.”

Perhaps more realistic than pushing for investments is to encourage philanthropy. Riad Yunus has an impressive enthusiasm for Lebanon. The doctor is one of Brazil’s top cancer experts, having published over 130 papers on the topic, yet he still finds time to raise money for better health care in the country he lived in until 1976.

His current plan is for a $2.5 million radiation center to be established in Chtaura. The land has been donated by a Lebanese expat, while the money for construction and two years’ running costs have already been raised from amongst the Lebanese–Latino diaspora. “Everybody with cancer will be treated completely for free; you just go there, and if you need radiation therapy, you get your radiation therapy.”

The problems, however, are politics and regulations. A succession of health ministers have supported the idea but not stayed in their posts long enough to get it passed. Yunus is hopeful that when the country eventually confirms its new president, construction can begin within a few months. Yet he points out that in order to assuage the doubts of Lebanese–Brazilian donors, the money cannot be seen to go through the Lebanese state. “It will be absolutely transparent — I know that Lebanon people are sometimes afraid what they will do with the money. It will be controlled from Brazil; every cent will be clearly accounted for.” Lody Brais and her sister Nouha are also tireless campaigners for Lebanese–Brazilian connections. The head of the Lebanese–Brazilian Cultural Association, Lody has organized dozens of events to celebrate Lebanon’s role in Brazil’s history — including a major role in former President Michel Sleiman’s visit to Brazil. 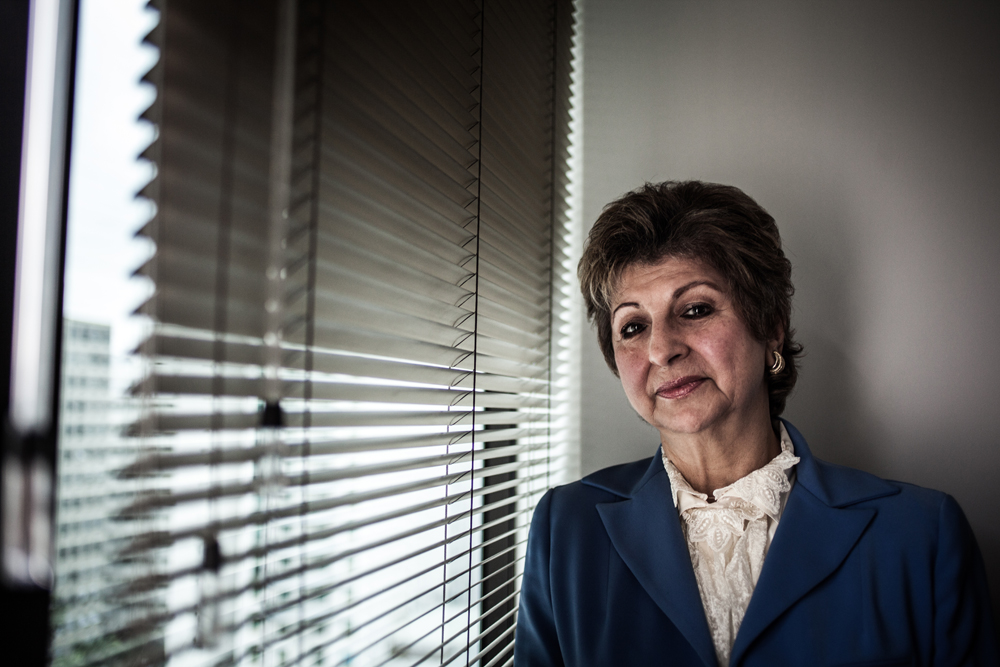 She has already put in place plans to bring Lebanon’s new president to the country — irrespective of which candidate is appointed. “I have talked with Aoun’s people, with Gemayel’s people. I have people working on it and I have been working on it for three months. Whoever comes in, I want to bring them here,” she says. Yet she believes there has been little attempt by Lebanese leaders to create a meaningful lobby to connect the diaspora with the country of their forefathers — something that could help encourage both investment and charity. “[Many of] the Jews in the US put millions a year into doing this [with Israel]. But I am doing this on my own,” she says. “We are working hard here but there is no one I can work with in Lebanon.”

What distinguishes these two campaigners, however, is perhaps that they are both first generation — Brais moved when she was five, Yunus when he was 14. Among the second and third generation, the connection with the physical state of Lebanon is often looser.

Bassil’s challenge, therefore, appears a daunting one — faced with a diaspora who have less interest in their region than their forefathers and a country with continued political, security and economic problems, it will take far more than a few conferences to reverse the trend.

Eddé, who has spent over a decade trying to encourage Lebanese–Brazilians to engage in Lebanon, believes hopes for more diaspora engagement are “wishful thinking” until Lebanon changes itself. “When they come here, they realize the state of mind, the situation and the internal disputes. They say, ‘Well, I couldn’t help.’”