Posters poking fun at the parliamentarians

On Wednesday, May 14, tens of thousands of civil servants and teachers took the streets of downtown Beirut to demand higher wages. It was the biggest demonstration to date regarding the issue. The protesters, who came from areas across Lebanon, first gathered in front of the headquarters of the Association of Banks in Lebanon, and then walked to Riad el-Solh Square — strategically located between Parliament and the Grand Serail.

Hanna Gharib, head of the Union Coordination Committee (UCC), reiterated that the public sector would not back off its demands. One of these is a 121 percent wage hike, approved by the previous Mikati government in 2012 after rounds of similar demonstrations. Gharib vowed to continue the protests and pressure parliamentarians until civil servants’ demands are met.

At the same time, lawmakers debated the bill in Parliament without reaching any agreement by the end of the day. Speaker Nabih Berri adjourned the session to May 27, after the deadline to elect a president. 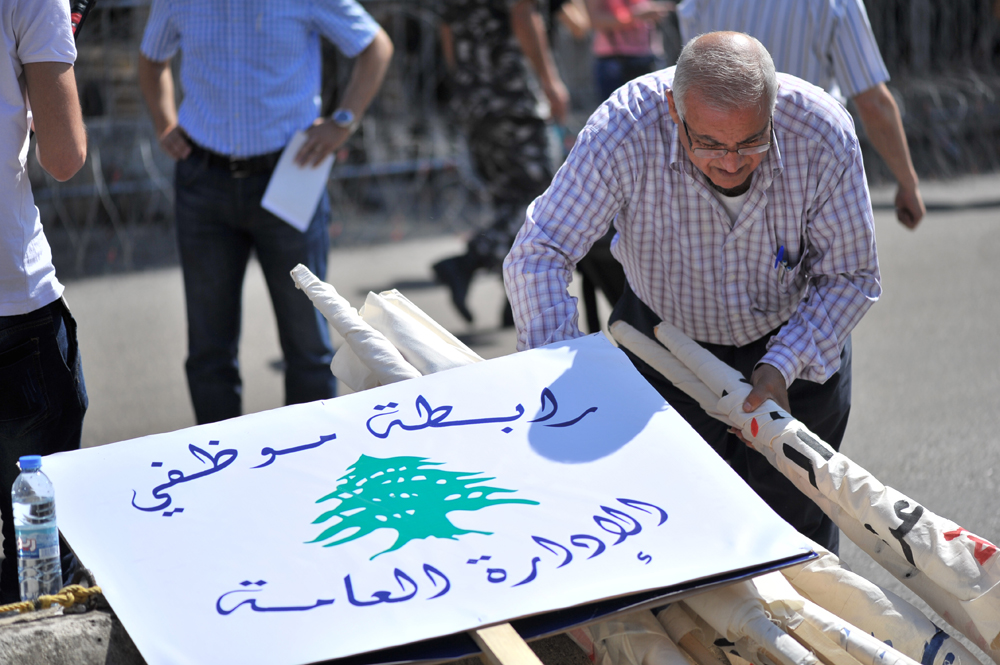 The organizers prepare their signs for the demonstration 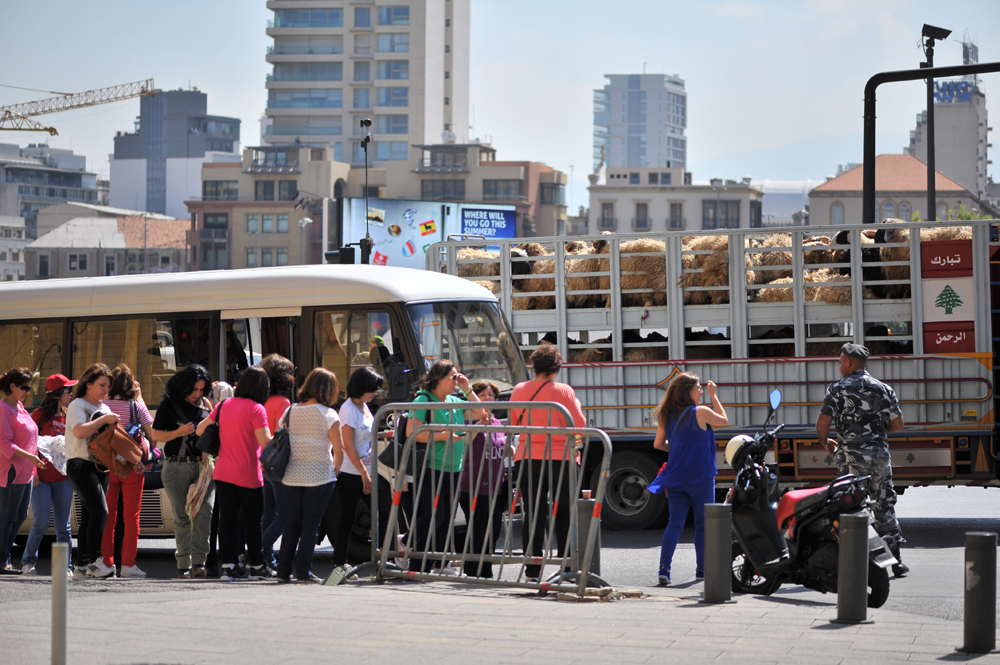 Buses drop off protesters coming from all corners of Lebanon 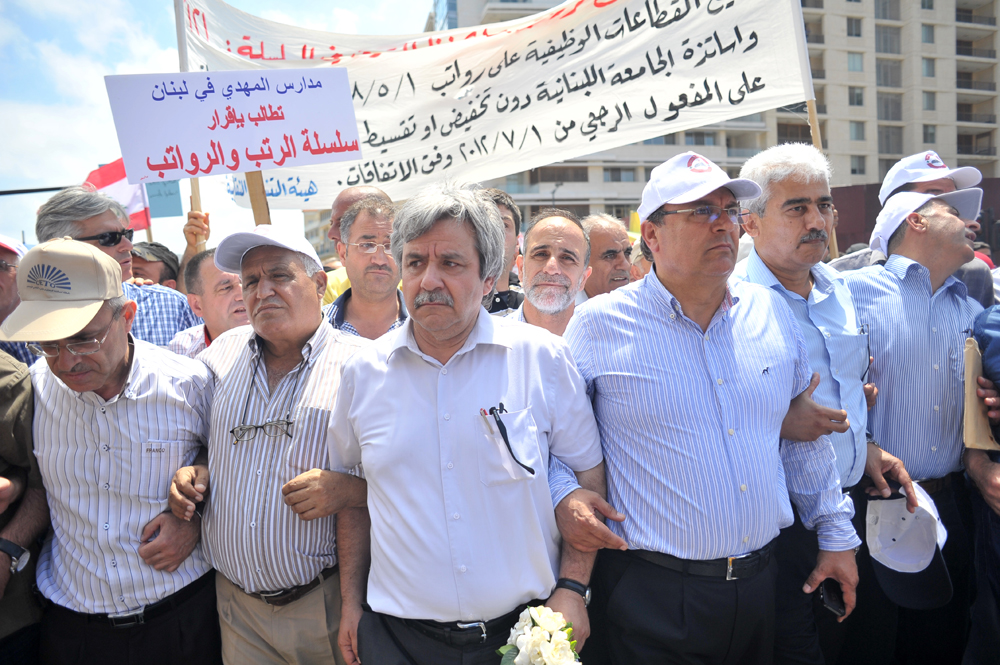 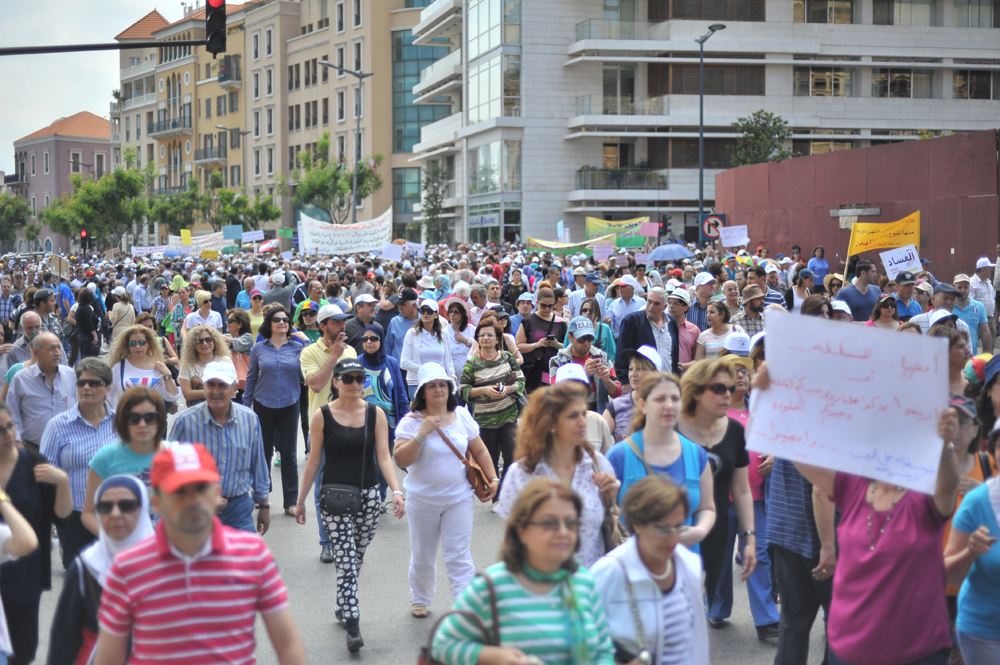 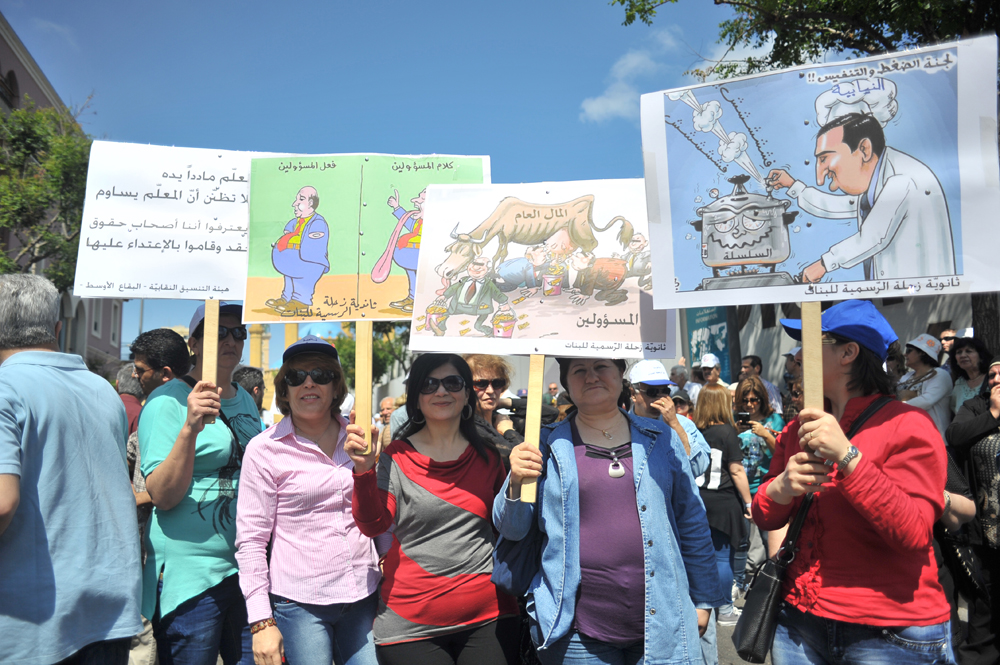 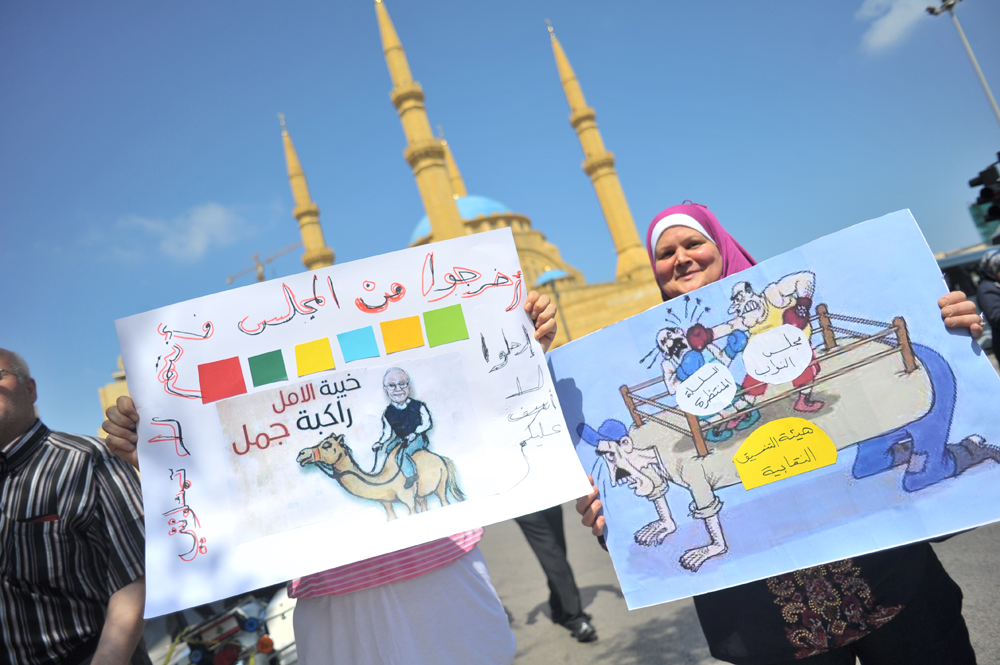 Posters poking fun at the parliamentarians 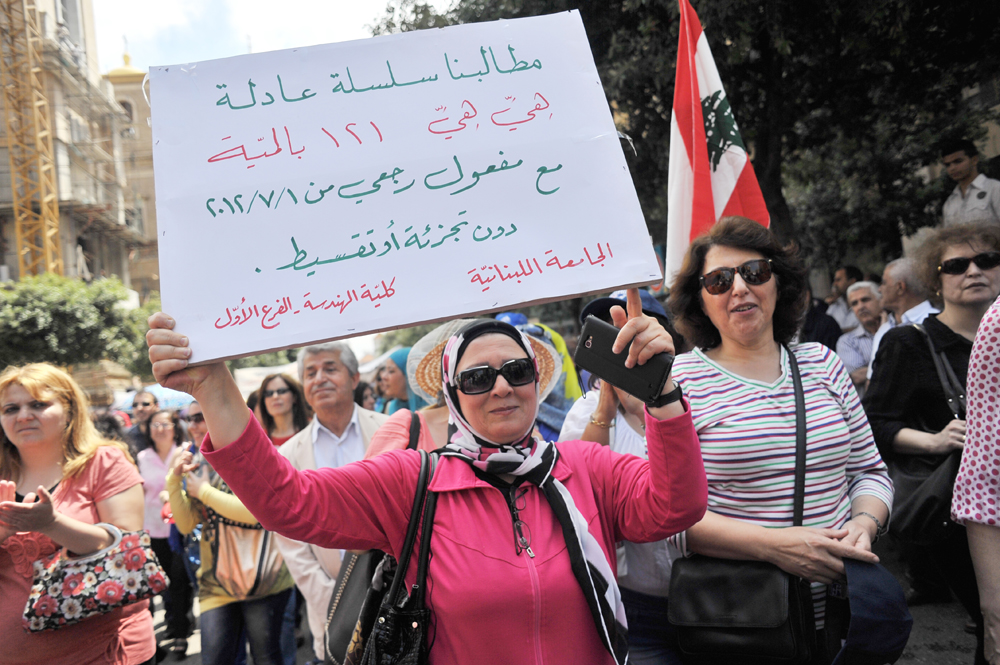 Sign held by a protester from the engineering department at the Lebanese University: Our demand is to have a fair wage scale, and it is 121%,with a retroactive start date of July 1, 2012 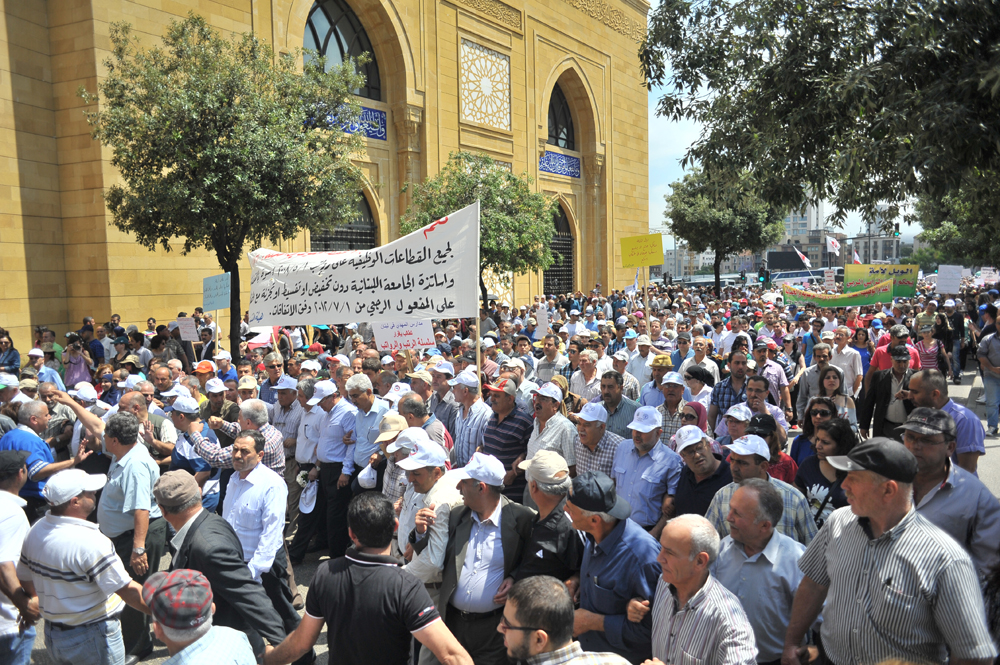 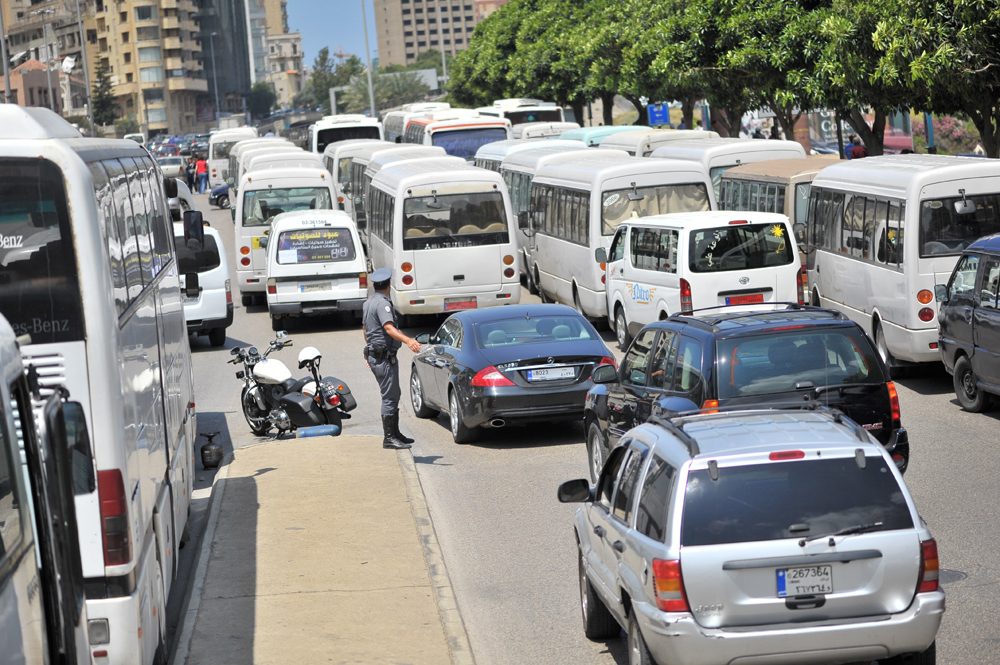 Plans for this summer’s festivals

The Sicily of the Middle East