Anyone Lebanese, or who has visited Lebanon, will tell you we have strong family bonds and long family lunches. While the lunches are hardly disputable, in today’s society how strong are the family bonds, really? Renowned theater director and political activist Lucien Bourjeily explores the subject of the Lebanese family and its wider context in his debut feature film “Heaven Without People.” (In Arabic the film has a different title, “Ghada el-Eid,” which translates to “Festive Lunch.”) 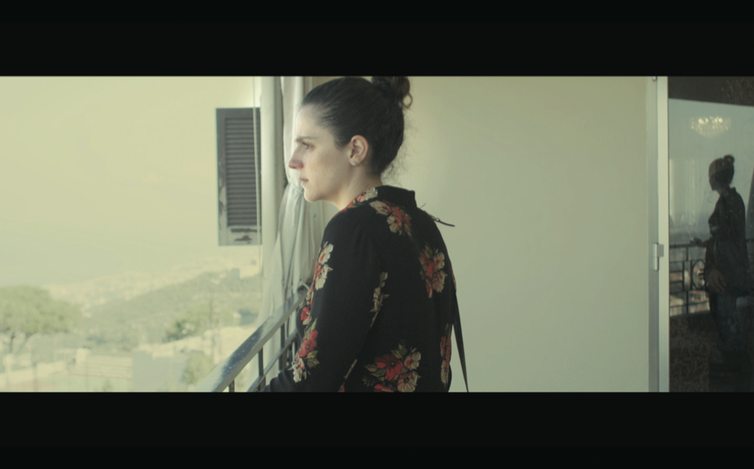 The engaging story is set in one house over one afternoon at Easter lunch. A large Lebanese family is reunited for the first time in two years, starting the feast with pleasantries and light-hearted banter. Between mouthfuls of tabbouleh, egg-tapping traditions, and power cuts, the family members reveal their differing views through funny and serious conversations on religion, politics, corruption, emigration, and financial struggles. Personal tensions begin to rise, and a mysterious incident plunges the group into an intense blame game that uncovers one can of worms after another.

Family dynamics are very similar across cultures, and even though the movie explores lots of specifics about Lebanon, it also has universally relatable elements, such as a matriarch feeding her family, and a frustrated mother scolding a rebellious son. The film also touches on much more serious subjects like sectarianism, misogyny, and racism. Bourjeily explains that because many family members aren’t as honest as they should be with each other—in the film and in general—little things snowball into big issues instead of getting resolved.

In a way, the story is almost an allegory of Lebanon. There is a lot of symbolism, as the issues of hypocrisy and facades can be expanded to a national level too. “Family is the first establishment in any society. And in Lebanon, if you start to understand their dynamics and what happens at the table, what’s spoken and what’s not spoken, you start to understand the ills of the whole country,” says Bourjeily.

The movie’s immersive camerawork and mostly long, one-shot scenes take viewers into the very private family situation. “The film literally takes viewers into the most intimate of family moments, not just the table, where they are the most frank and uninhibited, but beyond that, to the most intimate place on Earth: The bathroom of your own home,” says Bourjeily. To him, it’s about understanding family dynamics and larger, country-wide dynamics, in order to get to know ourselves, avoid denial, and diagnose our problems better, which can hopefully lead to solutions. The director says he isn’t trying to put obvious messages or propaganda in the story, but is asking the audience questions: “What is the real malaise of this country? Why are families like this? Why is there this dysfunction when we say in Lebanon that ‘family is the most important thing?’”

In Lebanese theaters the film was actually censored, with 10 seconds removed from a difficult-to-film 14-minute scene at the end of the movie, somewhat ruining its artistic appeal. The director says what was cut was a political/sectarian statement, but adds, “It’s an absurd reason because there’s much more being said in the film.”

It took two years to make the indie movie, which is impressive given that, besides directing, Bourjeily also wrote the script, and produced and edited the film. But he is certain this was the only way to do it, or it wouldn’t have been made at all, arguing that if the project had a big budget, it would also have had interference from producers, and he didn’t want that for this story, so it risked not being made at all. “Between not making it or putting on different hats, I chose to put on hats,” he says.

The title is completely different in the two languages because Bourjeily says the Arabic one didn’t translate well into English. The English title plays on the Arabic saying, “Heaven without people is unbearable,” and references a Wadih el-Safi folk song that appears in the movie, which refers to Lebanon as a piece of heaven. The director questions if this land is still heaven, and what role the people who live here are playing. He asks, “If someone goes to Lebanon now, would they consider it a piece of heaven? Let’s just be realistic. Can it be heaven again, or is it unredeemable? What can we do to save it?” 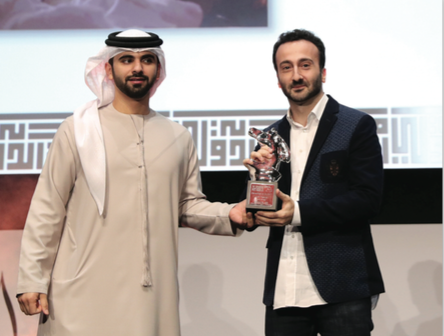 With Lebanon’s parliamentary elections around the corner, there’s also a lot of talk about an election in the movie and corruption in voting. Asked if this was put into the film on purpose, the political activist says, “We thought about the fact that it’s very relevant today.” He adds that he hopes, though he isn’t very confident, that the problems documented in the film will one day—in decades, if not a century—stop repeating themselves, which would mean we have learned from our mistakes. Likewise, he hopes the upcoming election will bring about some change. “Maybe new people will have a new perspective, but the old people have done so much damage to the country that anyone new will come in and have a collapsed country to fix,” he says, but adds that even a small change would be a good start.

Ultimately, the film reveals a sad reality of Lebanon and makes viewers think about the future of our country, who we have become, how we treat our nation and each other, and why. Bourjeily began with the intention to create a story that makes audiences think, explaining, “I want people to discuss these ideas. My main aim is always to have a thought-provoking piece of art.” The director adds he wants people to examine their own family units for this kind of rot, and extend the analysis nationwide. It’s time to clean up our house.