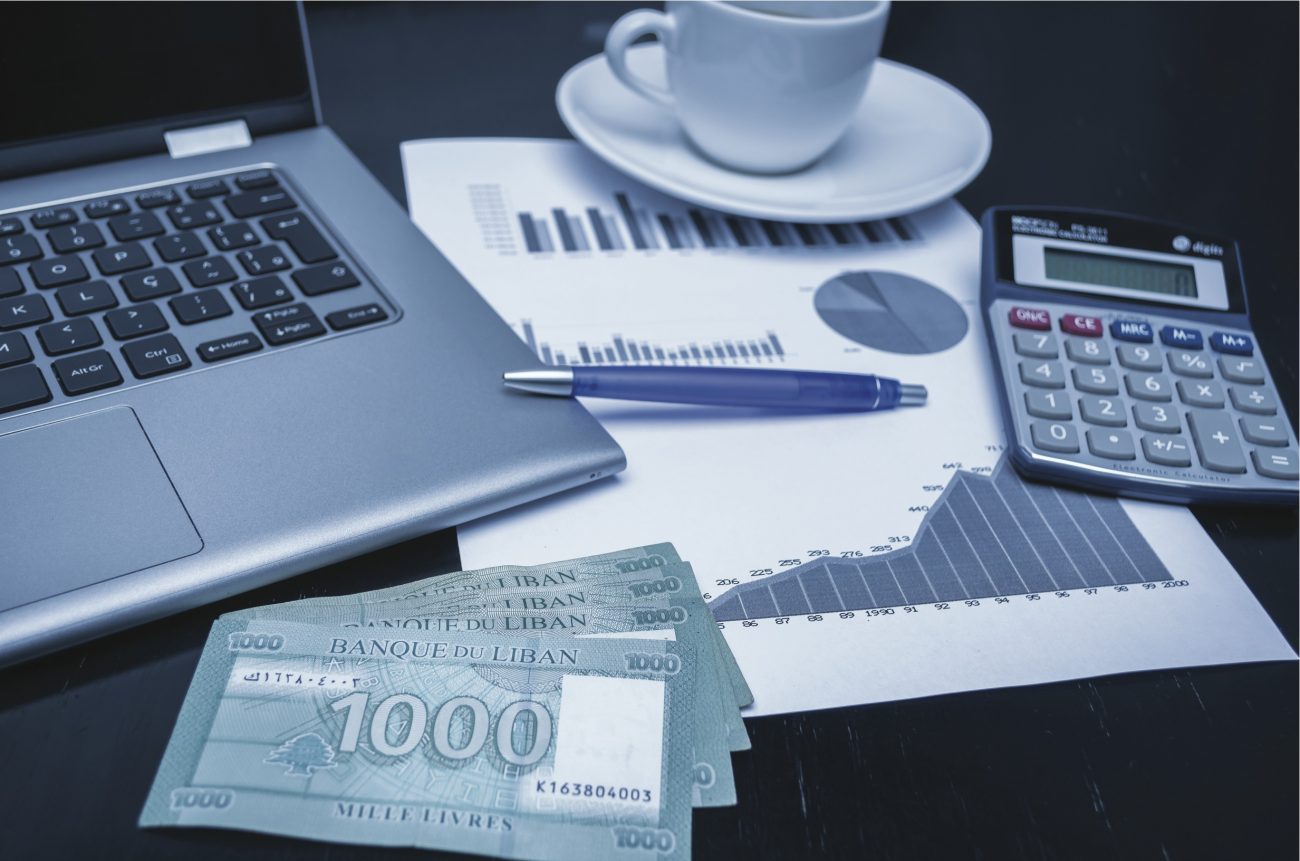 More than seven months into the fiscal year, Lebanon ratified its 2019 state budget. The law’s passage comes after months of delay and deliberation over expenditure-saving and revenue-boosting measures in what is being dubbed the austerity budget, though more accurately is a reformist one. The 2019 budget is the third in three years, after more than a decade of going without, and is a necessary exercise to correct the state’s woeful finances and to unlock infrastructure loans from last year’s CEDRE infrastructure conference. At the same time, it represents the beginning of a shift in the politics over what Lebanon will spend and collect.

In mid-July, Parliament convened to vote on the 2019 state budget. Over four days of deliberation, lawmakers voiced criticism that the projections in the budget were not based on reality and that not enough was done to enlarge the revenue base. Lawmakers also complained that expenditure cuts did not go far enough to rein in public spending, and cuts that were made were labeled as too draconian.

Since promising reforms at CEDRE 15 months ago, Lebanon overshot the spending allocation in last year’s budget by nearly $600 million. According to the fiscal performance sheets published by the Ministry of Finance (MoF), Lebanon spent almost LL24.7 trillion ($16.4 billion) in 2018 but was only authorized to spend LL23.9 trillion ($15.8 billion). The higher spending was due to an increase in the cost of servicing the debt, a higher cost of subsidizing the failing Electricité du Liban, and a higher wage bill for public sector workers after the 2017 pay raise and the wasta hiring buffet where more than 5,000 state jobs were doled out as favors during the 2018 parliamentary elections despite a hiring freeze.

Overall, Lebanon spent 17 percent more in 2018 than it did in 2017, and recorded the first primary deficit (expenditures not including debt servicing) since 2013. The total deficit for 2018 reached 11 percent of GDP, or approximately $6.5 billion. The year prior, 2017, Lebanon spent LL21.2 trillion ($14 billion) for a deficit-to-GDP ratio of 6.1 percent, according to the finance ministry’s fiscal performance sheets. Through April 2019, Lebanon had already spent LL7 trillion ($4.6 billion) and collected LL5 trillion ($3.3 billion), according to the ministry’s fiscal performance sheets. This represents a 12 percent decline in spending in the year-on-year comparison with 2018 and a 5 percent decline in revenue collection for the same period last year. The deficit reduction for the first four months of 2019 is rooted in the non-payment of government obligations to local suppliers as alleged in separate tweets by Dan Azzi, former Chairman and CEO of Standard Chartered Bank, which was sold to Cedrus Bank in 2015, and Alia Moubayad, an emerging markets economist. According to the July issue of EcoNews, a monthly economic newsletter published by local bank Societe Generale de Banque au Liban (SGBL), Lebanon “is delaying long-overdue payments to contractors, hospitals, and non-governmental organizations to reduce its borrowing needs in the first few months of the year.”

Lebanon’s pledge at CEDRE was a reduction of the debt-to-GDP ratio by 1 percentage point each year over five years. The 2018 budget was legislated in the weeks leading up to CEDRE, and there was never a deficit specified as a starting point. Instead, Lebanon made its pledge on the implied deficit-to-GDP ratio of 8-9 percent, and that promise was made long before the 2018 spending spree was realized.

What does the budget do?

The 2019 budget is now the midway point in an effort to get the country’s finances in order, according to officials. After the 2017 and 2018 budgets established that, yes, Lebanon could actually legislate a budget after a 12-year period in which it did not, the 2019 budget is meant as a first step in altering how, and on what, Lebanon spends money. Hazar Caracalla, an economic adviser to the prime minister, tweeted after the budget was ratified that the “the ratification by Parliament of the 2019 budget is a good and imperative first step in the long path of financial reform. It must be built upon in the budgets 2020, 2021, and 2022 through additional measures aimed at completing deficit reduction and reversing the dynamics of public debt and re-regularizing the public finances by approving the 2020 budget according to the constitution.”

We are still unsure of what this long path of reform entails, and that may be because the government has not articulated the waypoints. For now, we have the high-level budgetary figures, assumptions, and the measures that have been publicized, but we will have to wait for publication of the budget law to take a full reading.

Revenue in the 2019 budget is estimated at nearly LL19 trillion ($12.6 billion) according to reporting from L’Orient-Le Jour. The paper noted that the MoF had not given a revised spending figure after the budget had been ratified; Parliament’s finance committee had estimated spending at nearly LL23 trillion ($15.3 billion). These figures, if they hold true through the end of the year, would represent a 17 percent increase in collected revenues, and a 7 percent decrease in spending when compared to 2018 figures from MoF fiscal performance sheets. The budget projects the deficit to be 7.6 percent of GDP for 2019.

To reduce spending, there were cuts to the budgets of institutions including the Council for Development and Reconstruction, Ogero, and the Higher Relief Council. The budget also reduced the number of yearly monthly salaries certain employees receive from 16 to 12 (see box left), reduced some benefits for different groups of retirees and state contributions to pension systems, capped public salaries at 20 times the national minimum wage, and froze hiring until 2022. On the revenue front, a number of taxes were increased or introduced, including: a 3 percent increase to 10 percent tax on the earned interest on deposits for the next three years, a new tax bracket for persons and enterprises at the rate of 25 percent for annual incomes above LL225 million ($149,254), the introduction of a 3 percent duty on imports that are subject to the VAT, excluding fuel, raw materials, and industrial equipment, and a new annual fee of between LL100,000 ($66) and LL1 million ($663) per license plate for cars with special license plate numbers (see box left).

A budget based in reality?

The 2019 budget made some lofty assumptions. The version approved by cabinet in June assumed Lebanon’s economy would grow by 1.2 percent in 2019, according to a study by Kulluna Irada (KI), a civic organization for political reform. It pointed out that government projections of economic growth in the previous two budgets missed actual year-end figures. In 2017, for example, KI says the forecasted growth rate was 2.2 percent, but the final result was only 0.6 percent, and for 2018, the budget forecast 3.43 percent economic growth but ended up at only 0.2 percent. KI concludes that “overstating growth affects the budget on two levels: it overstates the level of projected tax collection due to an overestimation of its tax base [and] it brings down the deficit to GDP ratio since it inflates the metric’s denominator.” In other words, Lebanon may be overstating the amount of money it expects to collect and inflating the size of the formal economy to make the deficit-to-GDP ratio look better.

According to KI, the 2019 budget was pinned on “elements of confidence” that Lebanon can overcome its fiscal and economic challenges. These confidence elements include hoped-for revenues from yet undiscovered oil and gas resources, yet uncommitted pledges in the form of $11 billion in loans from CEDRE, as well as the nearly $139 billion in deposits as of April 2019 held at Banque du Liban (BDL), Lebanon’s central bank.

Betting on such so-called confidence elements is, as the document puts it, “a starting point.” According to officials, the 2019 budget is the first on the path of long-term financial reform that must be continued in the budgets for 2020 – 2022. Will these bets pay off in this period?

Lebanon is scheduled to drill its first offshore oil well later this year. Assuming luck is on Lebanon’s side and the results of the first well is positive, it could take several more drilling efforts to confirm commercial viability of the well. Then, infrastructure would be needed to extract the resource and a market secured to sell it. This whole process can take several years or longer and depends on internal and external factors, such as political stability, global market prices, and a calm regional security.

As for CEDRE funding, earlier this year donors were not hiding their frustration with Lebanon’s slow progress toward approving the 2019 budget and introducing fiscal reforms. They were openly stating that the 1 percentage point reduction was no longer enough after the 2018 spending spree. Cabinet was yet to approve the budget and pass it to Parliament when the World Bank’s vice president for the region, Ferid Belhaj, visited Lebanon in March. Belhaj was less than impressed with the progress the government had made to that point: “These reforms, despite having started, do not rise to the expected level and this is what we have said with all frankness to the Lebanese government.” Belhaj also warned that, “If Lebanon wants to see any money from CEDRE soon, it needs get [sic] serious about implementing reforms … If it fails to do so, the amount will be zero—let me be very clear about that. Zero.”

Cherish the game of lies

Despite acknowledgement of lying to their face, the diplomatic community sent its usual congratulatory reassurances: The International Support Group, a coalition to support a stable Lebanon led by the UN with the governments of China, France, Germany, Italy, Russia, the UK, and the US, as well as the EU and the Arab League, concluded that the budget “is an urgently needed first step by Lebanon in fiscal management and towards reducing its deficit.” Likewise, the World Bank’s regional director for the Middle East, Saroj Kumar Jha, tweeted: “This is a good first step and the broad discussion, which is unique in the region, is welcomed.” Oh, to be an eternally positive emissary.

As for deposits, inflows came to a near standstill in 2018 and was the lowest rate of deposit growth since 2005, according to the International Monetary Fund (IMF)’s Article IV statement. The IMF also pointed out that reserves at BDL declined by a whopping $6 billion in 2018, that bank lending to the private sector is down, and that there has been an increase in non-performing loans.

To protect its balance sheet the IMF recommends the central bank “should step back from government bond purchases and let the market determine yields on government debt. Buying the proposed low-interest government debt would worsen the BDL’s balance sheet and undermine its credibility. There should also not be any pressure on private banks to purchase the low-interest debt instead.” Projections in the 2019 budget had assumed BDL would purchase LL11 trillion ($7.3 billion) in Lebanese treasury bills (T-bill) at 1 percent to help the state reduce the cost of interest payments on the public debt (which stood at LL128.69 trillion, or $85.4 billion in May 2019). According to remarks published by The Daily Star, BDL governor, Riad Salameh, squashed that idea ahead of Parliament’s ratification of the budget—however, this has not been confirmed in any official statement from BDL.

It is nice that officials regard the next decade with such optimism but perhaps they are just biding time until more drastic reform measures can be introduced. At the time of writing there are indications that the US Federal Reserve will cut interest rates so it may be possible, at least by consensus of economy watchers, that the interest rate environment in the short- to medium-term will develop to Lebanon’s advantage. Lebanon now can only focus on controlling what it can, such as budgetary discipline, minimizing the public wage bill by avoiding the corrupt practice of political hiring, and responding to developments that go against budgetary projections. However, the external circumstances of war, trade wars, currency wars, or any other such force majeure may derail any forward motion set by this budget.