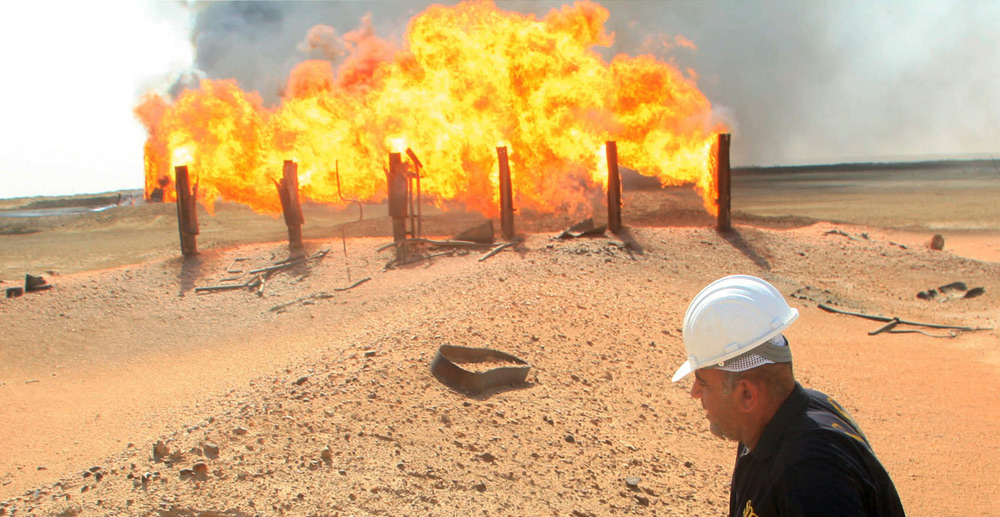 Oil and gas industries in the Middle East are among the least transparent in the world. According to the pro-transparency group Revenue Watch, Saudi Arabia, Kuwait and Algeria fall into the lowest category of “scant transparency” — meaning they publish almost no information about where their billions of dollars in oil revenues go — while Yemen, Iraq and Iran are in the slightly better “partial transparency” category.

So when the European Union backed a deal on Tuesday demanding that all payments to governments over 100,000 euros ($130,000) by EU companies be made public, it may not have been well received in Riyadh or Algiers. Under the law, firms must report payments per project as well as on a country level. Major energy firms had pressed for exemptions, but none were granted.

The legislation follows the passing of the 2010 Dodd-Frank law in the US that set similar requirements for American companies, but crucially the EU law also requires companies that are not listed on stock exchanges to declare their payments.

It is expected to be confirmed in the coming months, with Ireland — current holder of the rotating EU presidency — saying it aims to push through the agreement before the end of its presidency in June.

Johnny West, founder of the OpenOil campaign that demands transparency in the extractive industries, told Executive that he expected the legislation to “yield fundamental shifts in the way business is done in the oil and gas industries."

"The EU has confirmed by this decision that there is a new norm emerging now in international business of a system-wide transparency. By confirming the same broad lines as the US Dodd-Frank legislation — project level reporting, no exceptions, all payments over $130,000 — the EU has created another major point of triangulation in analyzing the business of the extractive industries worldwide,” he explained.

For the Middle East, this means that the majority of oil and gas payments may now face some degree of public. Revenue Watch estimate that companies registered on EU and US stock exchanges represent 85 percent of the global value of companies in the oil and gas industries.

More on this topic: Transparency is not enough

Carole Nakhle, an energy economist specializing in international petroleum contractual arrangements, said the publication of payments that affect the Middle East could force governments to be more transparent, while tax avoidance could also be tracked. “The disclosure of such hitherto confidential information risks creating something of a feeding frenzy for NGOs and academics that will wish to enquire further,” she said. “With such detailed disclosure at the project level, governments will find it easier to benchmark their tax regimes against others with comparable characteristics. Companies will face greater scrutiny and pressure to explain tax discrepancies or variances.”

In Lebanon, which is beginning the process of awarding contracts for its newly-discovered offshore oil and gas, the ruling is likely to have a significant effect. Of the 52 companies that applied for pre-qualification for the right to bid on the country’s offshore resources, 17 are from the EU, with another six from the United States.

More crucially, eight of the 14 companies that have applied to be operators — meaning they are primarily responsible for organizing production and absorbing costs in the three-company consortium bids — are either from the EU or the US. If these firms are awarded contracts, they will be obliged to reveal payments.

Diana Kaissy, the Middle East and North Africa Coordinator for the Publish What You Pay lobbying organization, told Executive civil society and NGOs could then use the information to identify and prevent corruption in Lebanon's extractive industries.

“They can use the information to push the government to reveal actual revenues they received and start comparing numbers. With simple analysis you can discover if there has been any money disappearing into pockets or anything else illegal,” she said.

“It is going to be a great tool in the hands of civil society organizations. Even if the numbers match then civil society will have the amounts to put on the table to demand to know where it has been invested.”