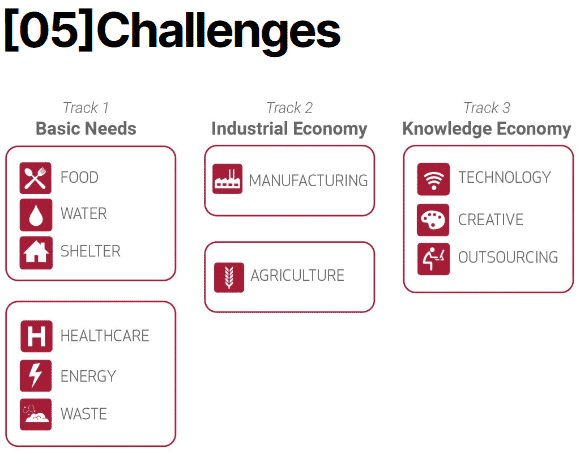 The only things that are growing fast are bouts of desperation and the holes in people’s pockets. At least that’s the popular impression of the Lebanese crisis, one that can locally be reinforced by a trip to any supermarket and that has in recent weeks further been exacerbated by superficial and repetitive international media reporting.

There are other signs, albeit less visible, that point in direction of economic hope and best efforts. One such sign comes in the realm of entrepreneurism, in particular through development impulses for the tech entrepreneurship ecosystem. More concretely, the current entrepreneurial signs are pointing to a pioneering virtual competition of some 600 participants that has been put together in the course of just five to six weeks by volunteering graduates, alums, and friends connected to the Massachusetts Institute of Technology (MIT).

The declared goal of this MIT Lebanon Challenge is to “rally different stakeholders from Lebanon and the diaspora” under a common goal of solving Lebanon’s most pressing economic problems. The means to tackle this is a hackathon: a high-speed, competitive, and intensely collaborative tech-heavy race of minds to produce the seed concepts of future solutions.

This particular hackathon is virtual, which lowers base costs and widens its reach, and involves programmers, entrepreneurs, and a wide range of social and business innovators. Emulating earlier virtual hackathons that attracted international participants from early on in the COVID-19 crisis, this new arrival to the hackathon landscape is purposed as Lebanon-economy focused challenge, as lead organizer and 2020 MIT graduate Jad Ojjeh explains.

“I decided six weeks ago that I want to do a hackathon. Before then, it was not even an idea,” 27-year-old Ojjeh tells Executive. He emphasizes that this is not trying to bring a panacea to Lebanon’s problems but actionable solutions to micro-problems. “It is important to realize the kinds of problems that we are tackling in Lebanon,” he says. “We are not saying that we are trying to solve any structural problems in Lebanon. We are working with people in Lebanon to identify small, targeted problems that can be alleviated by [a team of] four people, a little bit of money, and six months’ worth of work.” (See Q&A below).

Anyone in Lebanon who has been waiting to see quick and above all meaningful progress toward reform to emerge from the halls of established power or who has been sitting for weeks on the edge of their chairs to hear good news from the country’s discussions with the International Monetary Fund (IMF) must be forgiven for thinking that we are living with a contradiction in terms. Lebanese attempts at lightning-fast action up to mid-2020 have neither been fast nor actionable. It might come as a positive and hopeful note then, to contemplate that other approaches have been in the works for this country—even if not necessarily driven by its local establishment.

Speaking with Jad Ojjeh, initiator of the MIT Lebanon Challenge, Executive learned about the structure, rationale, composition, and possible later evolution of a new component to the Lebanese entrepreneurship ecosystem.

According to the announcements of the MIT Lebanon Challenge, the composition of hackathon will focus on basic needs, industrial, and knowledge economy solutions. How did you choose these tracks? Were you, for example, inspired to include your industrial focus by the government plan for Lebanon’s rescue or plans such as the Lebanon Economic Vision by McKinsey?

We have read a lot of these. None of us are experts on Lebanon. None of us have been our entire lives in Lebanon. So the starting point was to read a number of reports and economic studies. We also asked around among professors [in the US] who studied a lot about the region. The logic for us is that the industrial economy is focused on import substitutions. Our import rate is not sustainable. How can we start to produce things locally that people need for consumption?

That is one angle; the second angle is that the knowledge economy is more export focused. How do we start exporting products first to the region and then to the world? The idea is that [track] two and three will work together to close the trade deficits. That is the high-level rationale.

This, in a nutshell is the thinking behind those three [tracks]. There are many things that we are not covering, such as education and other very important parts of the economy—our strategy was to have broad coverage in first event and bring as many stakeholders on board as possible, while being focused enough to deliver something meaningful in those three areas.

How many people in the hackathon are interested in basic needs, how many in industrial solutions, and how many in knowledge economy issues?

Two hundred participants in each.

This means 600 participants that are interested in equal parities in the three tracks?

Yes. The exact split is that we have 100 in agriculture, [and] 100 in manufacturing, which combines into 200 in industrial. We have 200 in knowledge, including tech, creative, and all that, and then we have 100 in food, shelter, and water on one side of basic needs and on the other side another 100 in waste management, energy, and healthcare.

How many of the 600 registered participants are based in Lebanon, how many are based in the region, and how many are thinking that Lebanon is the sort of mission impossible country where they can prove themselves whiz kids from wherever in the world they come from?

The vast majority of individuals who have been applying, over 90 percent, are Lebanese. We have some participation from non-Lebanese. In terms of geography, it is about 40 percent international—based outside of Lebanon—and sixty percent in Lebanon. We are also very close [to gender parity]. I think we are about 42 percent female, 3 percent other, and 55 percent male. About a third of participants are people with business and entrepreneurship backgrounds, one third is engineering backgrounds, and a third is design, writing, legal, healthcare, and energy [backgrounds].

You were saying in a pre-event interview that you wanted artists. Did you get a lot of artists?

We have creatives. I think it is close to ten percent in some tracks, which means that almost each team will get one. This is what we were hoping for.

To make sure we got this right: You are, for now, narrow-focused, short-term, and low cost in pursuing solutions through the hackathon as you seek to address severe problems that exist in Lebanon. But in the longer view, you are looking from this stage toward what solutions originating from this narrow focus can be eventually scaled into larger commercial and entrepreneurial applications that can succeed beyond the current crisis and the laboratory of Lebanon? Is this correct?

At large, yes. We are phrasing it as decentralized, bottom-up implementation, so [this is what] projects need to be. This requires all what you mentioned as well as limited [to no] public sector intervention. It is important to realize that the three tracks are very different [from each other]. Industrial economy is inward looking, knowledge economy is outward looking. [This means] as well as [addressing] the needs of Lebanon, it is outward looking at the needs of the region, and there is a mix. The basic needs [track] is more inward looking and less entrepreneurial. It is going to be a mix of entrepreneurial and NGO and [humanitarian] aid type work.

As you say the knowledge economy track is partly outward oriented. Do you envision that there could be any startup projects coming out of it that from the get-go would be targeting international markets?

We are leaning heavily on [finding solutions that work with] Arab culture and Arabic language.  [These are solutions] along the line of products that are in place in many world regions but still did not find their way to this region or are not fully compatible with how we do things in the Middle East and thus need some customization. The easiest way forward [for such tech solutions] will probably [consist in] testing locally but the design and idea is to solve problems that exist in the Arab world. [This idea is] to export the next Anghami, which started locally. It is pretty much the same story. Elie Habib is going to be a judge on track three and give a keynote at the event to frame the mindset for the [knowledge economy] track.

And in terms of the organization of the MIT Lebanon challenge, is it correct that you are the organizer of this initiative? Do you have a job title?

The marketing [team] put me on the website as founder and executive director. I introduce myself as lead organizer.

So you are in effect the lead volunteer for the organization?

Yes. There is no organization for me to be the founder or director of anything at this stage.

How much sleep do you anticipate to get between the start of the hackathon and the Monday after?

I will probably get four hours per night on Friday and Saturday. We will see. I am not too optimistic [about getting much sleep] but this is ok.

And the contestants? How much sleep will they get?

It is up to them. We sent out a guide explaining to people what a hackathon is. In this we said that individuals and teams in hackathons typically work eight to 16 hour days. It is really up to them how hard they want to push.