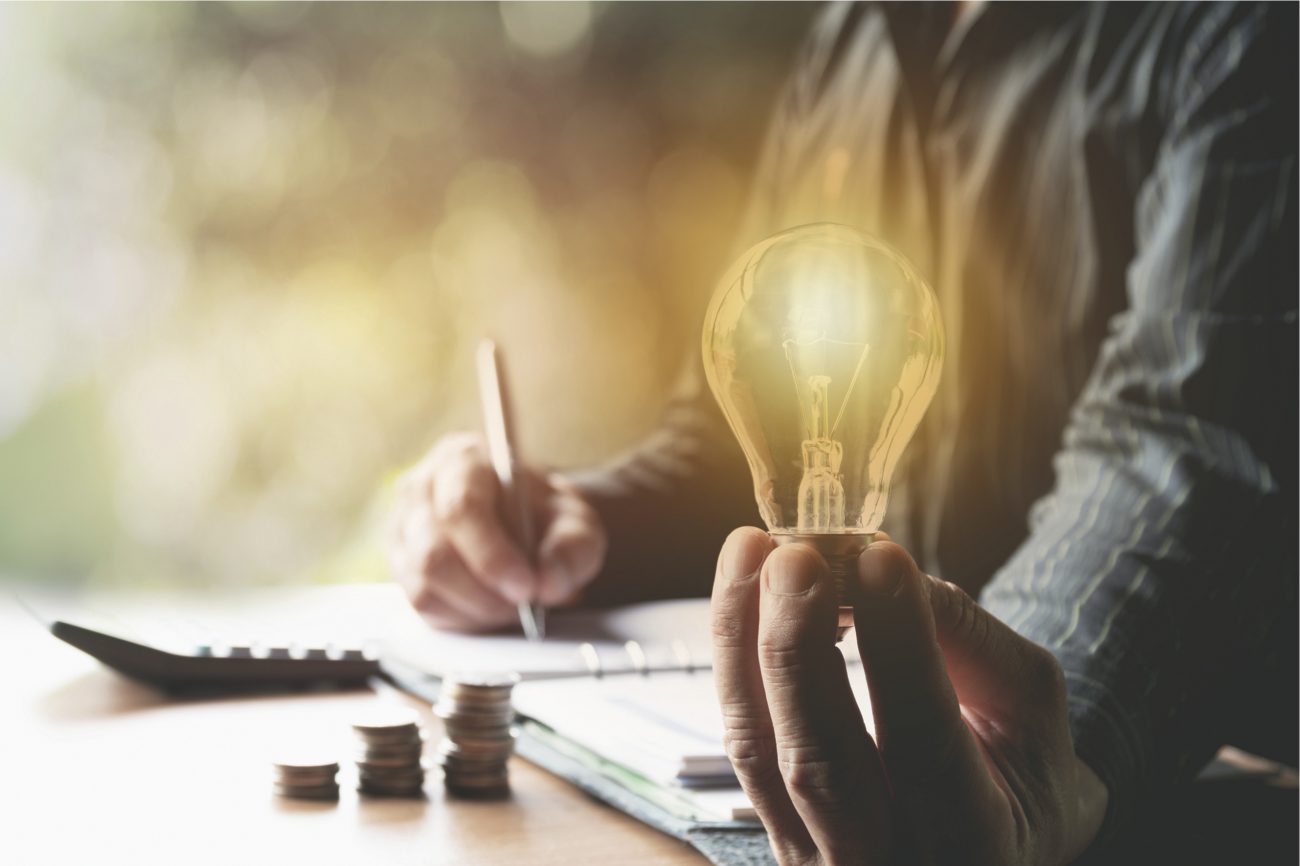 Despite the one big news story that dominated watercooler conversations in entrepreneurship circles, the community at large had a comparitively good year. The quality and quantity of startups has increased, as witnessed at multiple demo days throughout 2018. Several exciting international and regional events were staged in Beirut, some for the first time. There is an increasing focus on digital economy, and a budding interest in design—both promising areas for the future. However, the positives in Lebanon’s entrepreneurial developments in 2018 were overshadowed by the toppling of a giant, and the consequences its tumble had for everyone.

The non-unicorn in the room

The bankruptcy of Bookwitty/Keeward was the talk of the town (in hushed tones) since June, echoing fears in the ecosystem about what is to come, with many fearing repercussions on the whole ecosystem from Lebanon’s central bank, Banque du Liban (BDL).

Bookwitty, a promising book business previously forecast to become a potential unicorn, was by far the largest startup failure since the start of the stimulus program by BDL, launched under Circular 331. While there are many specific lessons to be learned from that event, the ultimate takeaway is that entrepreneurial failures happen frequently, and Lebanon needs to prepare better for them. In Executive’s October 2018 interview with Bookwitty’s founder, Cyril Hadji-Thomas said that no one ever thinks they will fail. Hala Fadel, chair of the venture capital (VC) fund Leap, which gave Bookwitty/Keeward close to $20 million in funding, told Executive in October that failures happen quicker than successes. The Circular was launched in 2013, and we have yet to witness any unicorns—patience it seems, is key.

That Bookwitty had to fall was a sad event for its founder, employees, as well as its multiple high-profile investors—VCs Leap and MEVP, several Lebanese banks, and ultimately BDL. But the startup game is not only notorious for its potentially high rewards—it comes with equally high risks, and a bankruptcy is therefore never unimaginable.

The questions now are: how to prevent failures as much as possible; how to soften the blow when this happens again—and in all likelihood it will; and how to deal with the affected stakeholders. In the case of Bookwitty, rumors were circulated and fingers were pointed at VCs. Some accused VCs in general of having too much rule over the ecosystem, while several VCs retorted back that they have had to focus increasingly on time-consuming reporting required by regulators and BDL, and are playing by the rules. It is hard to get a word on record, as few want to disrupt the delicate balance of a nascent industry in an otherwise catastrophic economy. Most of those at the top say they still have hope.

Meanwhile, entrepreneurs in the ecosystem who regularly engage with Executive have expressed grievances at specific faults in the system. Startups complain that Lebanon is a difficult country to do business in—regardless of which industry—because of the costly, time-consuming processes and little incentives save for Circular 331 funding, which, however stimulating, also comes with its own drawbacks. Many also opine that there is too little funding in their most needed moments—the valley of death—and BDL bureaucracy causes funds to arrive later than anticipated. In addition, startups lack necessary incentives, such as  stock option plans or convertible notes, to attract top talent.

Since Bookwitty’s tumble, there are murmurs of changes in the Circular 331 structure. Multiple sources have hinted to Executive that a “Circular 331 2.0” is coming, with further clues that VCs are expected to take a back seat, and banks themselves may be encouraged to fund startups directly, likely with the aid of a VC or other experts to guide their decisions. Growing pains—whether of the Lebanese variety or otherwise—are normal, but must of course be looked into and remedied as soon as possible. Ultimately, this has been a reality check to the dreamers in the industry, perhaps one that could have been avoided, but regardless should be a lesson in realistic expectations for all.

On the whole, Lebanon’s startup scene is growing, according to experts from BDL, VCs, startup accelerators, and other players. According to central bank sources, $700 million in Circular 331 funding is available, and an estimated $300 million has been deployed. The overall trajectory is up, and startups themselves are improving in quality and quantity.

This year’s demo days, including those hosted by Smart ESA, Flat6Labs, and [email protected], were impressive events. Executive profiled a selection of exciting new graduates from accelerators, including several in Fintech, as well as others in the agro-industrial, education, health, gaming, retail, hospitality, data analytics, and Blockchain sectors.

Notably, impact startup FabricAid won first place at the Global Social Venture Competition, the Nobel Prize of the social entrepreneurs, if you will, among other competitions. Meanwhile, older startups also showed growth and promise too. Health tech startup Spike was the winner of the GITEX Future Stars’ Supernova Challenge 2018 in Dubai. Security software Myki announced that it raised $4 million in a Series A round at the TechCrunch Disrupt in San Francisco. Kamkalima, an ed-tech platform that just raised $1.5 million, was awarded the Cartier Women’s Initiative Award for the MENA region.

Lebanon has also been attracting international startup organizations to host regional events. In March, Get in the Ring held a Beirut edition for the first time. In October, TechCrunch’s Startup Battlefield MENA was held at the Beirut Digital District. Later, Seedstars MENA Regional Summit was staged in Beirut in November, and the MIT Enterprise Forum Arab Startup Competition finals took place in December.

Moving forward, it seems those in the ecosystem are finally looking into aiding startups working in design fields. For years, design experts in Lebanon have complained that tech was getting all the buzz, while design was neglected, despite the fact that Circular 331 is defined as supporting the knowledge economy, which should encompass design in addition to innovation in tech. Not only that, design is a pillar in Lebanese culture—with a history of silk-making and traditional crafts, and a major source of our nations’ international attention with fashion superstars like Zuhair Murad, Elie Saab, and Rabih Kayrouz, as well as jewelry greats like Mouawad and the generations of Mouzannars.

The Goethe Institute in Lebanon is funding the Fantasmeem initiative headed by designer Ghassan Salameh, who works with the MENA Design Research Center to organize the annual Beirut Design Week. Fantasmeem’s one year program kicks off in early 2019 and aims to support designers, makers, and design startups, helping with capacity building and encouraging collaborations.

The Endeavor Lebanon and Beirut Digital District’s IGNITE Fashion and Design Chapter event was held for the first time in December, focused on these industries. Heads of leading international brands were asked to speak about innovation in the design and retail sector, and Paris-based Kayrouz gave a talk about his experience, partly explaining why his business is based in France instead of Lebanon. His answer: Lebanon lacks facilities and factories, so it does not make business sense.

One thing we are told to expect is a successor to the event formerly known as BDL Accelerate: Gravity. The event is expected to happen in Beirut in Q1 of 2019 (likely, March), but there may be delays, and no official information has been relayed to the media as of the middle of December. Rumor has it Gravity will be a massive affair in the seaside waterfront area, hosting high-profile speakers and attracting thousands of visitors to Beirut. As with Accelerate, Gravity is also supposed to be a free event for attendees.

Lebanon is progressing slowly but surely in the right direction, running into a few ruts and suffering some casualties along the way. The hope for the future is that the country can undertake fundamental changes to legal frameworks to make starting and running businesses easier and more efficient. Startup funding regulations should also be reconsidered in order to better support the entire ecosystem.

Whether it is a growing focus on specific aspects within the knowledge economy that make sense in Lebanon, or a continued effort in pushing tech and digital into Lebanese lives, while helping startups contribute to the economy, Lebanon’s entrepreneurship ecosystem has some new pathways to explore.