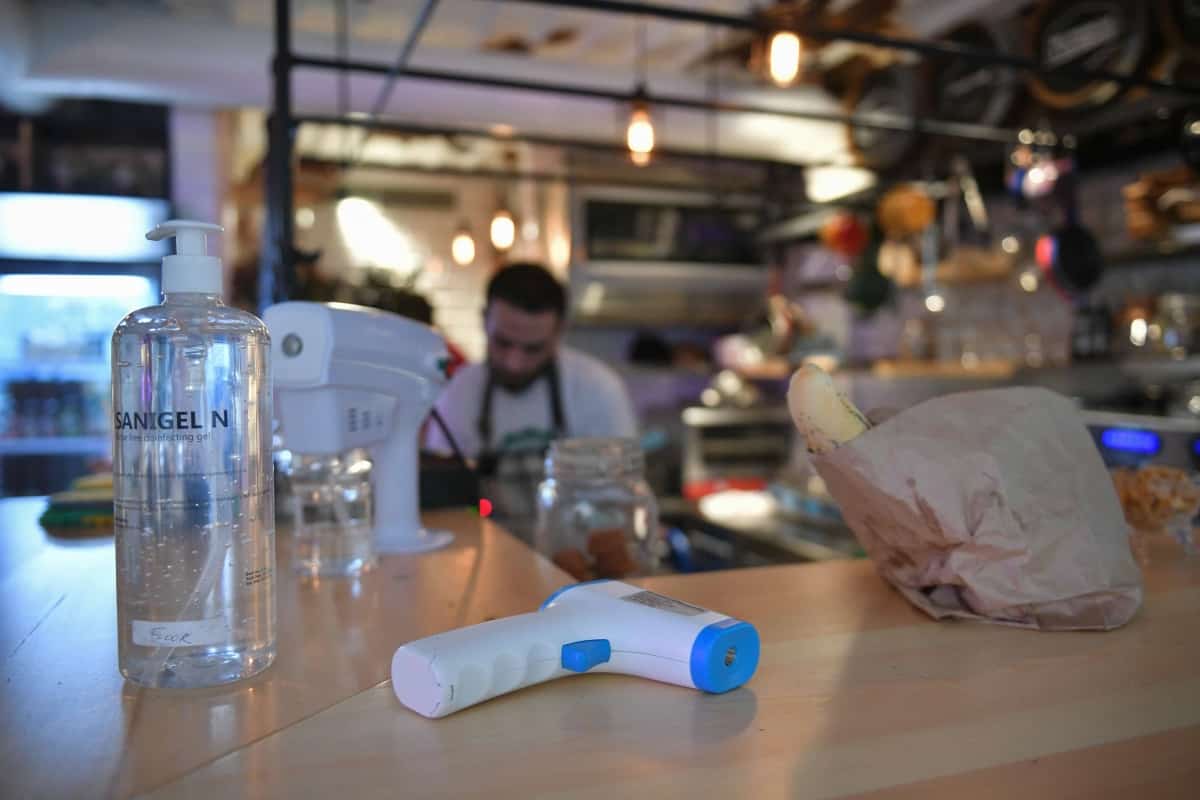 It is a sad time for the hospitality sector in Lebanon, as we hear of the closures this May of Food and Beverage (F&B) outlets such as Hamra’s Dar Bistro café and bookshop, Minet el-Hosn’s upscale fine-dining venue Balthus, which had been in operation for 20 years, and Tawlet Hamra, which had operated for just shy of a year before its owners took the decision to close (see interview with Tawlet’s Kamal Mouzwak). Others in the industry fear that this is just the beginning of a series of closures that the F&B sector will witness in the coming months.

The disruption of sectors that rely on direct contact with their customers, such as the F&B industry, is among the global impacts of COVID-19. For example, a survey of 5,000 restaurant operators conducted by the National Restaurant Association in the United States estimated that the F&B industry lost approximately $25 billion in sales and that more than 3,000 restaurants of the country’s almost 1 million outlets had permanently shut down during the first 22 days of March. F&B operators in Lebanon are certainly suffering like their global peers from the COVID-19 related lockdown measures, but they have the added weight of an ongoing economic crisis whose hallmarks are a volatile exchange rate, increasing import costs, and decimated purchasing power among local clientele.

As the lockdown measures are eased in accordance with a five-stage national plan (and following an additional four-day lockdown imposed due to rising case numbers), restaurants were allowed to reopen for a second time on May 18. Those operators who have chosen to reopen their restaurants under the current restrictions will be dealing with ongoing and variable coronavirus measures, and with the country’s own economic demons. Executive spoke to restaurant and nightlife stakeholders to learn why they decided to open or remain shut, and how their first week operation (prior to the four-day lockdown) panned out.

Although the economic crisis was weighing heavily on the country, some F&B operators still had a positive start of 2020. “We had a 20 percent growth in profits in 2019, despite the ups and downs which manifested in the last quarter of the year, which surprised even us,” says Andre Malak, owner of four bars in Hamra (including Li Beirut and Ales and Tales), Jerry Thomas Experience and La Degusteria in Badaro, and Jungle Beach in Amchit. “We also started 2020 perfectly with a year-on-year growth in January and February when compared to the same period in 2019.” For the majority of operators, however, the F&B industry has been in a gradual decline for at least the past two years, as Executive had reported in December 2019 and again in March, following the closures of 241 restaurants in January 2020 alone.

In such a bleak context, the closure of all F&B outlets on March 11 (three days before the national lockdown) in response to the COVID-19 pandemic was the straw that threatened to break the proverbial camel’s back. “The turning point I would say, for the industry, goes way back to when Prime Minister Saad Hariri resigned [in 2017]; it wasn’t overnight but it started going down and things were not stable,” says Alexis Couquelet, corporate chef and owner at CouqleyBistro, a French restaurant with three outlets across Lebanon (in Gemmayze, Dbayeh, and a seasonal outlet in Broummana). “Then the revolution came and that took us down even more, and then we had corona. So it was a very ugly, three step downward spiral … it’s a big blow.”

To open or not to open?

As part of a national plan to ease down the lockdown measures, restaurants were first allowed to re-open on May 4, albeit with a 30 percent capacity. When the cases of coronavirus increased again, a four-day lockdown was reinstated starting the evening of May 13 until early morning on May 18, when restaurants were again allowed to reopen, this time at 50 percent capacity. Aside from capacity, the only other restriction on restaurants from the interior ministry is that serving argileh is not allowed—those who disobey this directive are at risk of being shut down. Other measures, which are being followed by restaurants which reopened, were set by the Syndicate of Owners of Restaurants, Nightclubs, Cafes and Patisseries, in collaboration with GWR Consulting and Boecker, and outline, in detail, all hygiene related precautions that restaurant owners need to follow to ensure a safe experience for staff and customers.

The decision to reopen was not a straightforward one for restaurants and many debated whether it would be feasible for them to do so. Dany Aprat, owner of Italian restaurant Tavolina and steakhouse Slate (both in Mar Mikhael) reopened both his venues on May 4, explaining that he chose to do so because it was what his clients expected of him and he still had a good reserve of dry supplies in storage that he could use. He says that while turnover was not as high as before the lockdown (they did not have to turn away customers because of the then-30 percent capacity limit), it was still acceptable. “Business was starting to pick up because our customers saw that we were following the hygiene measures set by the syndicate to the dot and told their friends that, so we had the word of mouth effect going on,” Aprat says, speaking ahead of the four-day lockdown.

Malak also decided to re-open his all-day café concept La Degusteria in Hamra on May 4 and they had the opening of a new La Degusteria branch in Badaro on May 6. He says they were busy throughout the weekend and up until May 13 when the four-day lockdown was announced and people felt scared again.  “We limited seating time so we were able to maintain a steady turnover while respecting the 30 percent capacity rule,” Malak says.

Although some bars are transitioning into opening during the daytime to circumvent the effects of the early 7 p.m. curfew, Malak chose not to do so with his bars saying that their customers were used to them being nighttime venues. “It’s a bit tough as we had developed our bars with nighttime clientele in mind and we would have had to change the concept if we wanted to open during the day,” he says.

Couquelet also decided not to reopen during this period explaining that, Ramadan being a slow month to begin with, having a 7 p.m. curfew would really eat into the evening turnover, “the bread and butter of most restaurants.” Add to that the odd and even license plate issue (whereby travel is restricted based on license plates, meaning less traffic and so less customers for a restaurant on any given day) and some people still being afraid of eating out, he says that “it could be, to a point, better to stay closed than actually open and that is frightening.”

The next hospitality sub sector to be allowed to open are bars and nightclubs on June 8, although some in the industry are skeptical. “I believe it would be impossible to open in June as planned because of corona and I don’t think things will go back to normal until August or September,” says Rabih Fakhreddine, CEO of 7 Management, a hospitality management company which owns and operates nightclubs Antika and Sayf, among others. “This is true for the outdoor nightclubs as well since they are mainly mega or medium-sized and attract large crowds. For such concepts to have such big gatherings again in two months, it will be risky and I don’t think it would be accepted by the authorities.”

It is still too soon to speculate on the future of the hospitality sector but from all prior indicators, and from recent interviews with industry stakeholders, it does not look pretty. Even if the lockdowns are lifted in the coming months and, as a best case scenario, do not have to be reinstated, the Lebanese hospitality sector will still have to deal with the country’s home grown economic problems, which for many outlets has already proved too much to bear. If a second wave of coronavirus arrives and with it further lockdown measures, it could devastate many in the industry who are barely holding on.