The performance and challenges of the Lebanese spirits industry in 2015

Some drinks are more reliant on on-trade | Greg Demarque

Despite some difficulties attributed to the region’s unstable geopolitical situation in 2015, the major Lebanese global spirits distributors nonetheless had cause to celebrate a generally successful year. Last year saw increased consumption of some key alcohol categories among Lebanese as well as some changing trends in drinking habits which worked in the interests of these distributors.

A year of growth

The spirits distributors Executive spoke to all boasted an annual growth in sales in 2015.

Carlo Vincenti, who currently runs G. Vincenti & Sons, says the company’s overall growth reached 10 percent, with the spirits division alone witnessing an increase of 35 percent. While Vincenti attributes part of this growth to the continuing positive performance of their main brands, he says the strongest driver was the significant growth of the Jim Beam spirits group, including Jim Beam bourbon, for which they fully took over distribution in Lebanon in April 2014.

Etablissements Antoine Massoud (EAM) also reported toast-worthy numbers, according to Anthony Massoud, the company’s owner and general manager. “It was a good year in general. On a company level, we had growth of 6 percent but if you take alcohol alone, then we have around 19 percent growth; if you add The Malt Gallery [EAM’s specialized whiskey retail store] to the equation it is even more, with 27 percent growth,” says Massoud, attributing this growth to the strong performance of their classic brands such as Russian Standard Vodka and Jose Cuervo tequila – and also because, as a company, they shifted their strategy to a value-driven versus a volume-driven portfolio, thereby representing fewer but stronger spirits brands.

The last three months of the year are usually a high-activity period in terms of alcohol sales, suppliers tell Executive. This time of year is traditionally marked by family gatherings, festivities and celebrations, often involving alcohol. The month of December alone, according to suppliers, accounts for 25 to 40 percent of the year’s turnover.

However, Roy Diab, marketing manager at Fawaz Holding, which imports Ballantine and Chivas whiskies among other brands, says that consumers were thriftier with their alcohol spending during 2015’s holiday period. Diab explains that while this typically busy period usually begins in the two months leading to December, in 2015 it shrank to include only the final fortnight of the year.

After the party-fuelled month of December, the summer season follows as a strong season for alcohol, according to EAM’s Massoud. “In 2015, Ramadan moved back into June which allowed us to have a solid July and August, the period when expats usually return to Lebanon for the holidays. We were doing well [during that season] until the garbage crisis occurred, affecting the on-trade sector (hotels, restaurants and bars) and killing the end of August and all of September for us. But by mid-October, people went back to the normal trend,” recalls Massoud. 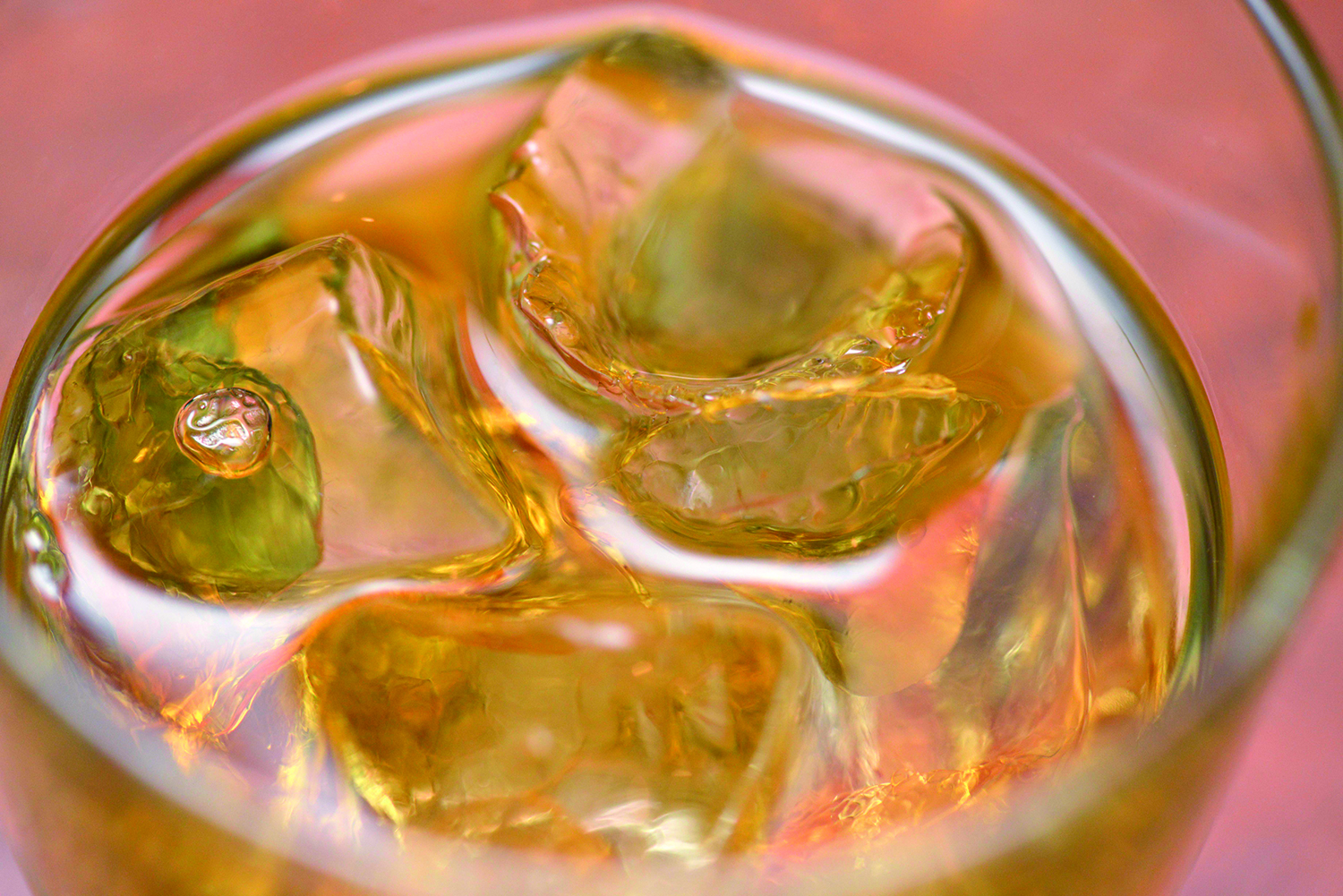 The garbage crisis watered down the summer season | Greg Demarque

However, 2015 saw a drop in the distribution in the on-trade sector because of the effects of the regional and local turmoil on the Lebanese hospitality sector which caused spirits suppliers to slightly modify their distribution strategies and channels.

Massoud says EAM have become more selective about which bars and restaurants they will work with because of this tumultuous period in the hospitality sector, which has led to an increase in default rates. “We have a high default rate in the on-trade and we have to be very cautious; this is what happens when you have a constant crisis state in the country,” he warns.

With the on-trade struggling slightly, Vincenti explains that most brands had to emphasize their off-trade activities to make up for sales losses in the on-trade.

Ziad Chami, marketing manager of Diageo Lebanon, which includes Johnnie Walker, Smirnoff and Baileys in their portfolio of spirit brands, says the company relies predominantly on the off-trade sector which accounts for three quarters of its total sales in Lebanon. Chami says they saw a growth in their performance this year through this channel from the modern trade, or hypermarkets and supermarkets, calling them a “critical channel to building our brand and bringing it to life for the consumers.”

Despite the difficulties, spirits suppliers consider the on-trade sector a critical channel of distribution and monitor its developments carefully, especially the rise of new nightlife areas and trends.

Chami speaks of an expanision into new areas of Lebanon that he says played a role in attracting different consumers and facilitating access to nightlife. “There are always new pop up areas coming up with investors leading these moves – in 2015 we saw a boom in areas like Dbayeh with The Village and Blueberry Square, as well as further expansions in areas such as Badaro or Mar Mikhael,” he elaborates. But it wasn’t all parties and celebrations in Lebanese nightlife, says Chami, giving the example of Uruguay Street and the closures there which started towards the end of August 2015.

Massoud also speaks of the developments in Lebanese nightlife in 2015, saying that such cyclical expansions, with consumers moving from one party street or area to another according to trends, is the norm in Lebanon. It is up to the distributors such as himself, he says, to study these developments carefully and make the right choices of investment in bars and restaurants.

Both Chami and Massoud also speak about a shift in consumption habits from nightclubs and big parties in favor of cocktail bar culture, mentioning that this has impacted their trade positively. “Definitely big celebrations are still part of the Lebanese socializing fabric but, in terms of a shift, we are seeing a bigger shift into cocktail bars and small bars where people can meet and drink casually. As a result, it’s driving a very strong mixology and culinary boom, which is really good for us because this is one of the main growth drivers of our reserve or high-end portfolio,” explains Chami.

The rise of mixology and cocktail bars

The increase in cocktail bars in Lebanon has led to higher demand for more creative and tasty drinks, as well as professional bartenders to concoct and deliver them. This allows alcohol distributors to market more of their portfolio to eager and ambitious bar-owners, leading to a rise in consumption of spirits most often used for cocktails, such as gin or Aperol.

“Gin, in the premium and above-premium segments, is growing following a global trend which Lebanese bartenders are heavily exposed to through a diversity of products and global bartending networks. The level of sophistication in cocktails has grown from a bartending and a consumption perspective, with consumers becoming more demanding and in search of ‘new’ experiences. Cocktails, where gin has always been a key ingredient, are picking up again,” explains Diab. 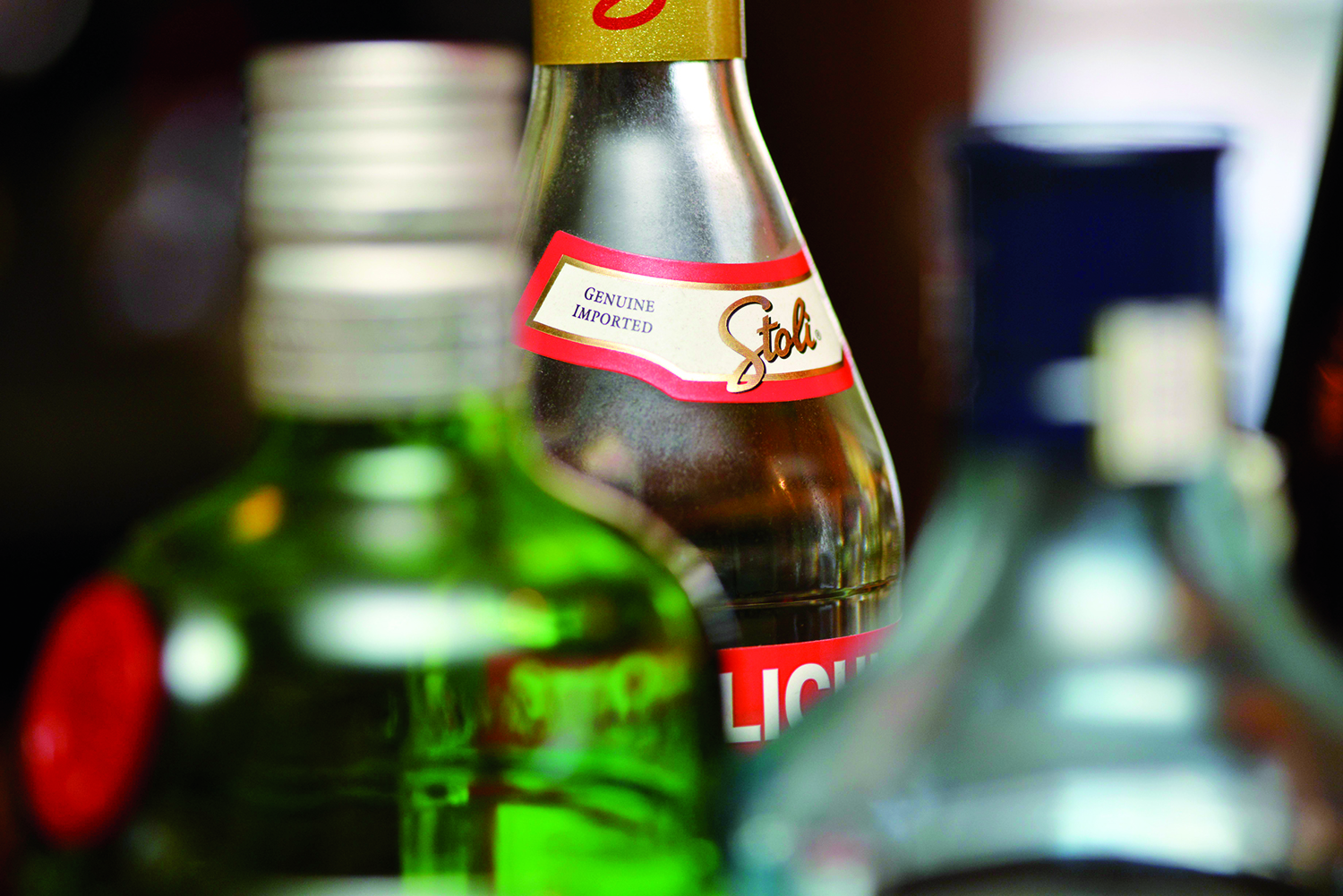 Another spirits category that continues to impress locals is single malt and Japanese whiskey. “Single malt whiskey is a smaller percentage when compared to blended whiskey, which is the dominant category, but in terms of growth rate, single malt is definitely the fastest growing subcategory of whiskey,” says Chami.

Vincenti attributes this growth to a more mature consumer base wanting the more pronounced and complex taste found in single malts. Vincenti also adds that the main driving force behind this trend is the consumer’s increasing awareness of single malts through both social networks and distributors who have greatly contributed to introducing these single malts to consumers. “We have a single malt brand ambassador who has been working nonstop to educate consumers through special masterclasses and tasting sessions and also educating the bartenders,” adds Vincenti.

EAM launched their specialized whiskey retail venue, The Malt Gallery, in late 2013 and Massoud says their single malt and Japanese whiskey category has almost doubled in growth since. Massoud explains that through their specialized venue, they have created a platform which invites direct channels of communication with consumers who are interested in discovering high-end whiskey, which in turn led the growth of this category in their portfolio.

Overall, the year 2015 closed on a happy note for spirits distributors in Lebanon, and all say they are looking ahead to a successful 2016 in which they will continue to grow the brands they represent in Lebanon, despite the various obstacles that stand in their way.

Growth amid the thorns

What about local production?