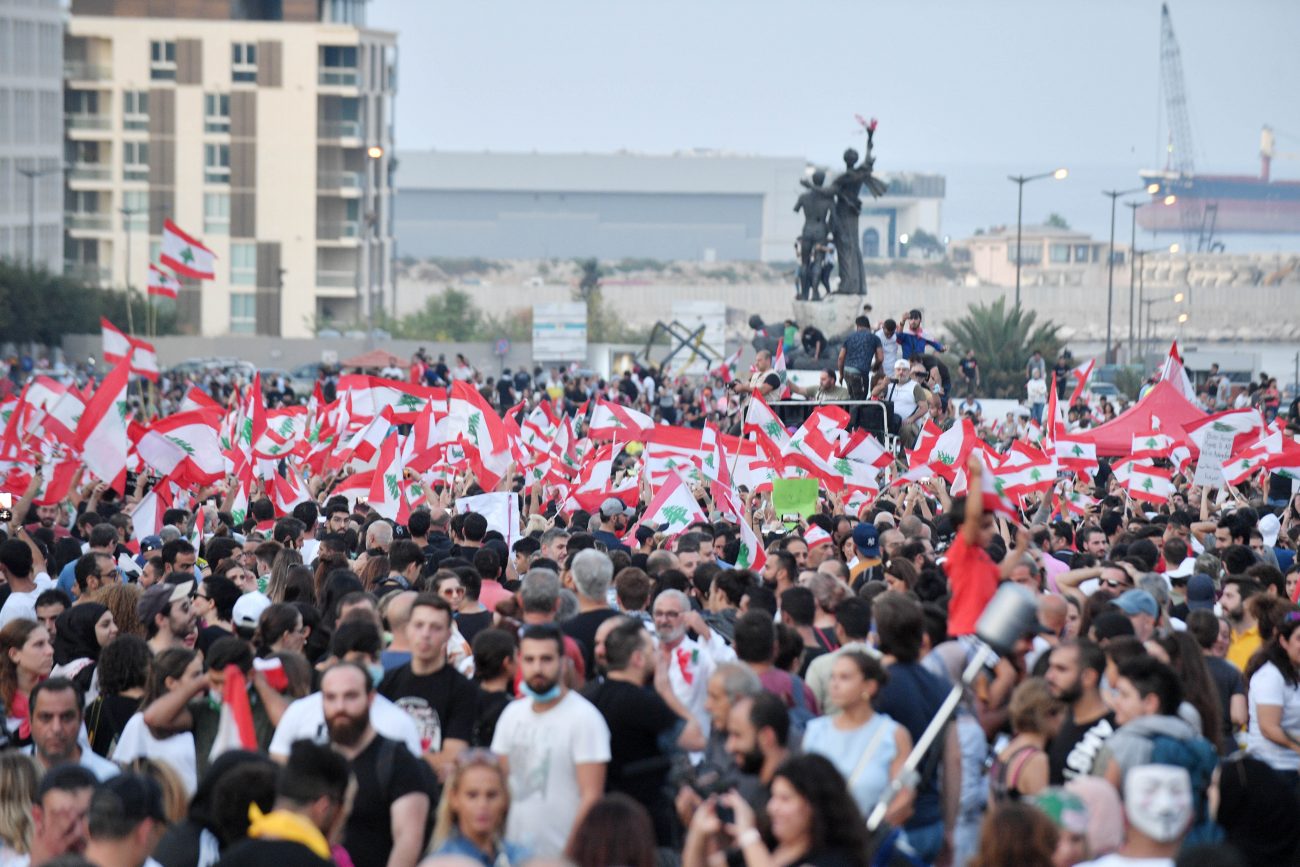 What are the next steps for Lebanon? Between now and year’s end, what do you propose stakeholders in your field should be doing?

“Lebanon should, at long last, find its bearings politically, financially, and economically. A credible and technocratic government should be installed to restore confidence and kickstart the institutional process. The country’s finances should be pulled back from the brink by shrinking the public sector and fighting corruption, smuggling, and tax evasion. The private sector should be empowered and incentivized to ignite economic growth through investment and consumption. And time is very much of the essence.”

“An immediate step should be capital and exchange controls, for a few months, until tensions subside. A vision, principles, and strategy for Lebanon should be defined, shared, and adhered to by the majority of Lebanese. Stakeholders in our field should join forces to alleviate the difficulties and prepare for the end of the crisis.”

“In the short term, the urgency is for the formation of a government of independent specialists and activists with a political vision aiming to unify all dwellers in Lebanon as citizens of a democratic state led by principles of social justice and environmental protection. In the medium term, we ought to work toward producing a de-sectarianized political system, with an independent judiciary, in application of the Lebanese Constitution, through anticipated parliamentary elections according to a new, non-sectarian electoral law. In my field, stakeholders should aim for the urgent implementation of the Council of Development and Reconstruction’s Lebanese national land use plan, approved in 2009, through the establishment of a Ministry of Planning and the elaboration of metropolitan and regional strategic plans that can enable decentralized planning and local economic development.”

Mona Harb, associate professor of urban studies and politics at the American University of Beirut

“The main priorities in the coming months should include the institution of transparent mechanisms of public tendering and processes of accountability to secure their proper implementation. The selection of projects should prioritize large-scale interventions that respond simultaneously to economic, social, and environmental emergencies, such as public transport networks at the scale of greater urban areas. Within cities and towns, the ongoing public debates in open squares should be fostered and enhanced to allow for the consolidation of bottom-up practices of citizen engagement, likely the most important achievement of the two weeks that could lead to enduring systemic change.”

Mona Fawaz, professor of urban studies and planning at the American University of Beirut

“We are currently in a very delicate situation. Time is of the essence. We can no longer afford the usual procrastination. We need to apply immediate emergency measures, such as (centralized) capital controls and not these half-assed measures [of] allowing each bank to set its own policies. This will deflect the anger of the masses from the banks. It would also protect banks and bankers, who will undoubtedly allow exceptions on withdrawals from wealthier clients, leaving the brunt of the unavoidable future measures to be borne by the middle class. This would be catastrophic and would eventually come out, because every transaction is tracked, with the names of the client, bank, banker, and senior banker (who approved the exemption), which will subject them to the wrath of the masses.”

“I think the role of policy institutes specifically like ours, the Issam Fares Institute (IFI), is to pose some solutions and roadmaps around the different issues we work on, whether it’s youth and education, refugee policy, energy policy, or climate change and the environment. These are all critical issues that have been raised by the protesters. These are demands of the people for the government to do a better job, and we’ve been working on these issues for years. We have a particular role now to propose workable solutions around all the sectoral policy issues we work on. We have a convening power here at the institute to bring stakeholders together to have discussions about the next steps for Lebanon. At IFI, we’re able to bring in experts, professors, activists, and civil society players for discussions, and they’re all critical players in next phase to formulate workable solutions that will be the responsibility of the next government to resolve.”

Rayan al-Amine, assistant director at the Issam Fares Institute for Public Policy and International Affairs at the American University of Beirut

“One word summarizes what Lebanon needs next: trust. Citizens and the international community need to trust the next government as a prerequisite to shift the economic and financial crisis. No one trusts the current political elite so independent competent ministers are a first step toward that. And early elections to have a Parliament that is worth the trust and eventually electing a new president to have a trustworthy elite.”

Gilbert Doumit, founder and managing partner at Beyond Reform and Development

“Establish consensus on an apolitical government with a mandate to immediately implement fiscal and monetary reform, where the main objective is to cut the fiscal deficit through cuts in wages and subsidies. Restoring services in power, water, and transportation within 12 months should be the first priority. A plan should be prepared for full reform in the political, economic, and social system within six months in collaboration with NGOs and local representatives.”

“The ultimate goal would be reaching a civil state that ensures the rights of citizens, but until then we are looking toward forming a new cabinet able to respond to the demands of people asking for economic and political reforms. During this revolution, the media has been giving people a voice, we are looking forward to the next phase, for a media that focuses on monitoring of policies and performance of decision-makers with more in depth investigative reports that unveil all hidden truths and inform the public. We also aspire to keep the ability of freedom of expression and criticizing public figures without the fear of arbitrary arrests.”

“Overworked judges with mountains of cases, red tape that can wrap around the earth twice, and delays in the legal process make the job of lawyers more difficult, in some cases impossible. The full backing of a reinvigorated executive branch of the government, with the unwavering support of legal enforcement, is the only legitimate, economical, and just way forward.”

“Our ultimate chance to overcome this dramatic turmoil is through the support of the international community, which should be divided into three stages. Therefore, I urge the international donors in the immediate term: to inject liquidity and currencies in the market as soon as possible, to create an international support fund to bear partially the currency risk, to ease the transactions between the local traders and international suppliers, and to benefit from subsidized interest rates from the European Investment Bank to reduce interest rates on the local businesses. In the medium term: to form an international strategic committee with various international and local stakeholders to implement and follow up on the international rescue economic emergency plan and strategy, and to monitor the disbursement of injected funds. In the long term: to support a privatization strategy that will be needed to reduce operating costs in the public sector, improve efficiency and productivity, and to serve citizens.”

Fouad Zmokhol, president of the Association of Lebanese Business People in the World