Egyptian contemporary artist Wael Shawky’s Cabaret Crusades: The Secrets of Karbala project is the third part in a trilogy. It includes a film and all its elements: characters (surreal-looking marionettes), drawings, and scenery.

Launched earlier this year at the Düsseldorf Museum K20, MoMA PS1 in New York, and at Qatar’s Mathaf, the exhibition has made its way to Beirut and settled in at the roomy Sfeir-Semler Gallery in Karantina on until January. 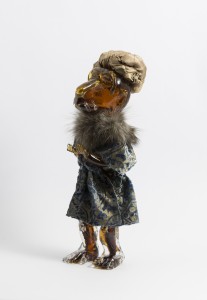 Why Beirut? The Egyptian artist explains the city is special to him, and was one of the first cities he exhibited 15 years ago. “Beirut it was one of the first places in the Arab world to have a platform for contemporary art and it’s clear from the Lebanese artists that you see today, that you really succeeded,” he says.

The first part of the trilogy premiered at Sfeir-Semler back in 2010.
That film used 200-year-old Italian marionettes, and the second instalment, ceramic ones. In this third edition, the marionettes are translucent, handmade with Murano glass – which is not only beautiful but also symbolic of human fragility, and from Venice, like many of the crusaders. Original music was created for the film, combining traditional Arab and electronic sounds. The plot is that of the historic split of the Muslim Shiites and Sunnis.

He was initially inspired by Amine Maalouf’s “The Crusades through Arab Eyes,” and its alternative perspective on the events. To Shawky, there is no such thing as history because it all depends on which side is telling it. He gives the example of Pope Urban II’s 1095 speech spurring the crusades. “What’s beautiful about it is that it was not documented during the speech itself; it was documented after. So today there are four different versions of the speech. That says a lot about history – it’s really imaginary,” he says. 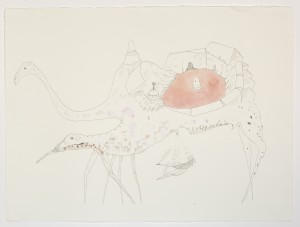 Sfeir-Semler Gallery Beirut Director Rana Nasser-Eddin explains that he’s using a very different world to tell a very familiar narrative, adding that Lebanon, Egypt and Iraq share a similar past, whether it’s Islamic or colonial. “He’s telling the history of the region, a history that is really repeating itself right now,” says Nasser-Eddin.

Shawky’s work fits perfectly into the gallery’s vision. “We look for artists whose work is thought provoking, not something that is simply decorative. Someone who is proposing something new,” says Nasser-Eddin.