A fresh start for the Nicolas Ibrahim Sursock museum

Walking across the Sursock Museum’s courtyard, my attention was diverted from its beautiful façade by a series of glass panels, set at regular intervals amid the neat stone paving. Looking down, I was surprised to see an enormous underground chamber. Beneath my feet lay the museum’s brand new, state of the art exhibition hall, part of an ambitious seven year renovation program that will cost an estimated $10 to $12 million, undertaken by architects Jean-Michel Wilmotte (who did the museography of the Louvre Museum in Paris, among others) and Jacques Abou Khaled (responsible for the design of Lebanon’s Bsous Silk Museum).

Built in 1912 by aristocrat Nicolas Ibrahim Sursock, the villa was given to the city of Beirut as an art museum upon his death. The Sursock Museum first opened its doors to the public in 1961, housing a permanent collection and hosting the annual Salon d’Automne, a juried exhibition of contemporary art, modeled on the French exhibition established in 1903 as a reaction against the conservative Paris Salon.

The museum’s mission was to educate audiences about the arts and to support local production. Prior to closing its doors seven years ago, it had partially fulfilled these aims, but failed to play a major role in Beirut’s burgeoning post war art scene. The work selected for the annual Salon d’Automne, though contemporary, remained steadfastly traditional in terms of media, and the quality was known to fluctuate wildly.

This may be about to change; the museum is set to reopen its doors on October 2. Not only does it now boast unparalleled facilities, but the new team seems ready to shake up its programming. The museum’s new director is Zeina Arida, cofounder and former director of the Arab Image Foundation. She will be working alongside head of programs Nora Razian, fresh from a job as curator of public programs at Tate Modern and Tate Britain. Obviously excited about the scope for reimagining the museum’s role in Beirut, the two women explain what attracted them to the project. 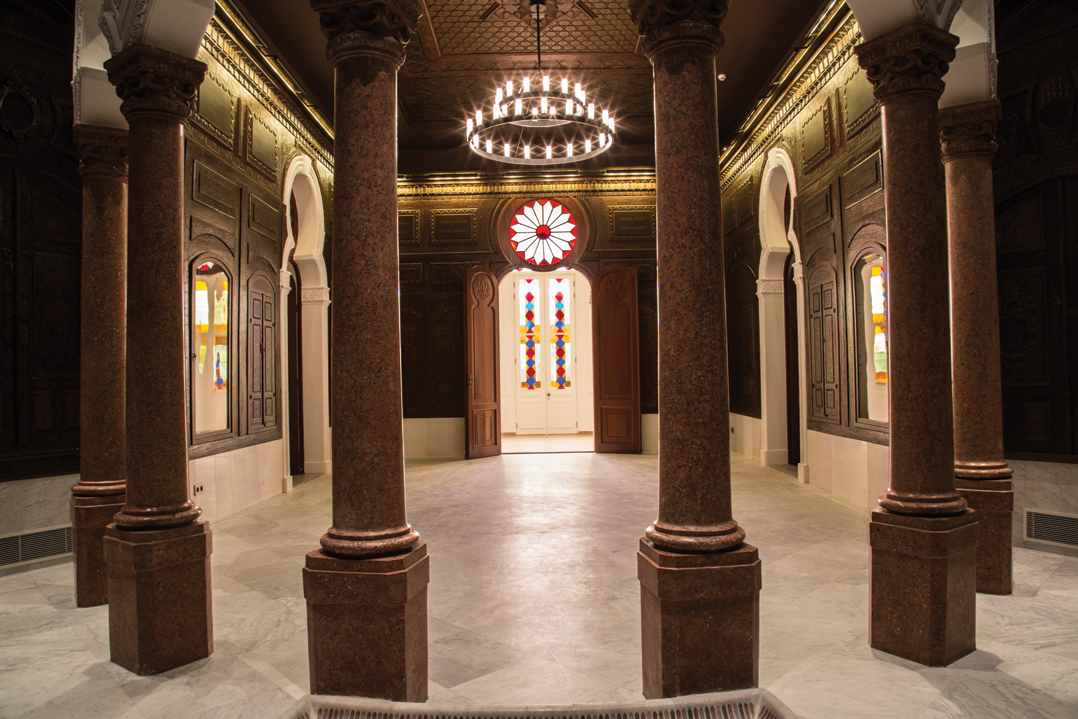 “I was very interested by the possibility of having such a space in Beirut,” says Arida. “For the past 20 years I’ve been struggling to find spaces for exhibitions we wanted to organize, so it was really exciting to get involved in this.”

“For me it’s similar,” adds Razian. “It’s this opportunity to kind of build an institution, to think about what a museum is to Beirut now, to rethink the museum’s role and its place — how it can support artists locally, but also be an international space. For me, it was really the excitement of starting something new.”

Arida gives me a brief history of the museum, joking that they’re still learning the details. The expansion project was initiated back in 2000, she explains, in part due to the fact that the museum lacked the infrastructure to hold temporary exhibitions and showcase the permanent collection at the same time.

“The museum expanded its premises — I think it’s four times the size it was,” she says. “Basically they dug under the garden and built four floors. There’s an auditorium, a library, a restoration workshop, a temporary exhibition hall and the ground floor gallery. So now the total surface is 8,500 square meters, whereas it used to be around 1,500.”

Alongside the cavernous underground gallery, the renovated ground floor now contains two smaller, interlinked gallery spaces, while the upper two floors have been renovated, ready to showcase the permanent collection. A glass annex to the left of the courtyard is set to house a restaurant and gift shop. 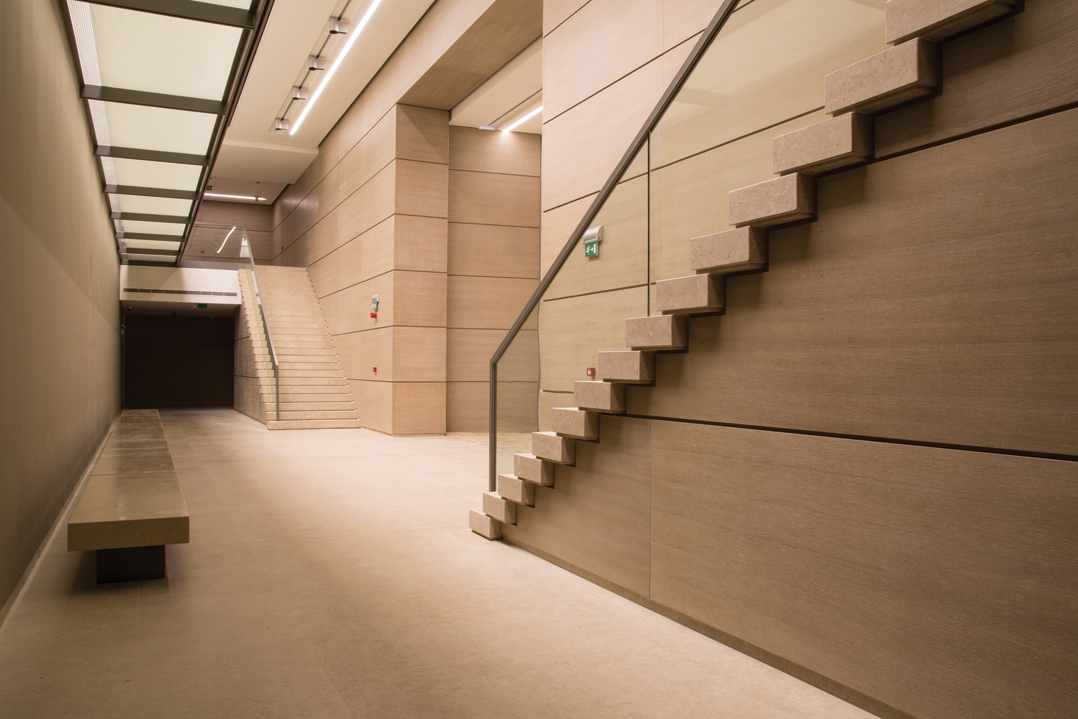 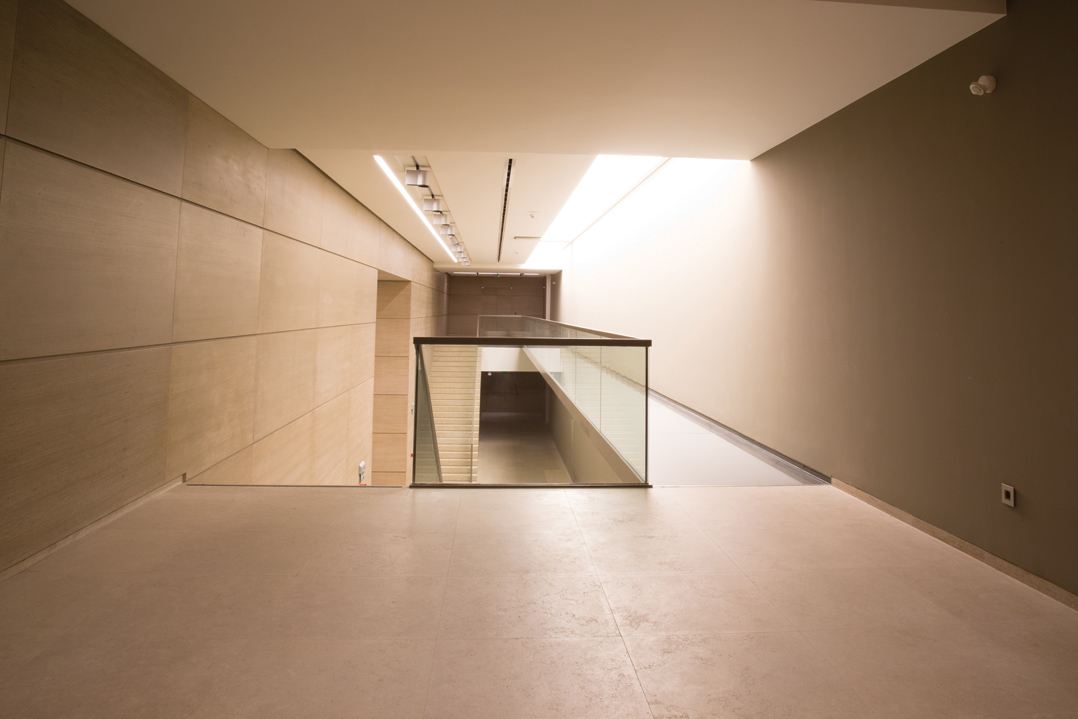 The new facilities may be unrivaled by any other Lebanese institution, but it’s the revamped museum’s curatorial direction that will determine whether it becomes an integral part of Beirut’s cultural scene or remains stuck in the past. There are certainly program changes in store. First of all, Razian says that the Salon d’Automne won’t be back in quite the same format. “We’re going to rethink it,” she explains, “and what it means to have an open call exhibition now, in terms of its history, how it can be relevant. Most likely, it’ll be every two years, not every year.”

Then there’s also the permanent collection. The museum currently owns around 700 works, dating from the early 1960s to the early 2000s. The new team intends to continue making both acquisitions and loans to fill in some of the gaps, rotating the display every quarter. 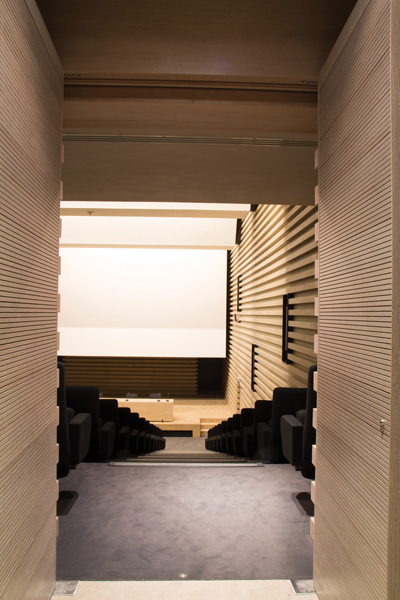 It’s the temporary exhibitions that will likely prove most interesting to the local community however, and in this respect, the museum seems set on taking on a more international identity. “We’re going to have three major exhibitions a year in the big exhibition hall downstairs, which will be mainly thematic group shows,” reveals Razian, “and on the ground floor, we’ll have four exhibitions a year for solo shows, dedicated to emerging and mid career artists, local and international.”

In spite of the museum’s delayed push into the 21st century, the opening exhibition is focused resolutely on the city’s past. “Sylvia Ajemian, the curator who worked with the museum for 45 years, is curating the opening show, which will deal with Beirut,” says Arida. “It’s [entitled] ‘Views on Beirut from 1800 to 1960.’” Ajemian’s selection will consist entirely of works on loan and will be exhibited in the new underground gallery.

“The exhibition charts how Beirut went from Ottoman provincial town to the capital of the nation state, through landscape and orientalist photography and painting,” Razian elaborates. But where Arida and Razian are really making their mark is with their accompanying curatorial program. “In conjunction, we have a public program that investigates the city through different frames. We’ve commissioned artists to produce walks around Beirut, we’ve got workshops for children on architecture, creative writing workshops on the city, panel discussions — one is looking at gender and public space, one is looking at migration, one is looking at speculative cities in the future. We also have a curated film screening. On the ground floor, there’s a display that’s looking at mappings of Beirut done by artists and designers, and research based practice that moves more to kind of imaginary, speculative practice. The idea was to take Beirut as the theme of the opening few months, relaunch the museum in the city, and look at how art and artists produce knowledge.”

Though it remains to be seen whether or not the new and improved Sursock Museum will carve out a niche in a city that has changed dramatically since its closure in 2008, this renewed vision is as stimulating as it is ambitious. The Beirut Art Center, with a similar mixture of non profit solo and group exhibitions by local and international artists, and a museum like emphasis on education, context and discussion, has proven that an audience for thoughtfully staged contemporary art exists. The challenge faced by the Sursock Museum will be to continue to expand this audience — and to draw people back regularly once the novelty wears off, by offering something that’s different from the rest.