Looking at the geometric forms in his art, one could never tell Assadour was bad at math as a child. In fact, when he was eight years old, his beautiful math teacher (a former Miss Kesserwan) reprimanded young Assadour for his bad performance, leaving him permanently scarred, which he suspects has something to do with his geometry-inspired style. Born Assadour Bezdikian in 1943 in Beirut, he is an internationally acclaimed artist and key figure in the history of art in Lebanon. Assadour never finished school because he failed math, but he studied art under renowned Lebanese artists Paul Guiragossian, Guvder and Jean Khalife, later completing his studies at the Accademia di Bella Arti di Perugia “Pietro Vannucci” in Italy and at the École Supérieure des Beaux-Arts in Paris, France.

Now living mostly in Paris, Assadour returned to Lebanon for his first exhibition in his homeland in 15 years, and his largest ever in Lebanon. “Assadour: Landscape in Motion” at the Sursock Museum showcases more than 130 artworks, about one-third of which are part of the museum’s permanent collection, bequeathed by the artist’s longtime friend Pierre Cardahi in 1996. But this is not his first exhibition at the Sursock Museum; as a budding artist in the 1960s he displayed at Sursock’s popular Salons d’Automne.

Co-curator of the current exhibit and head of programs at Sursock, Nora Razian says the museum owns over 100 works by Assadour, explaining, “Our main impetus to hold this exhibition is we’ve had these works for quite a long time now and they had never been shown.” 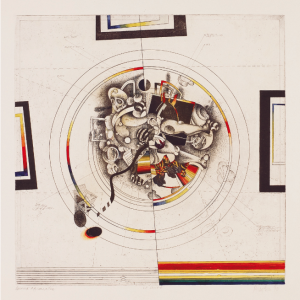 Walking through the large open space of the museum’s lower level Special Exhibitions Hall, one not only looks at artworks, but also sees the unveiling of Assadour’s story. His body of art – from conceptual early works, to distinctive etchings on paper, a transition to painting and ultimately a blend of previous styles – is definitely abstract but otherwise hard to define. He compares his shifting mediums to food cravings. “Some days you want to eat olives and bread, and sometimes you want to eat refined cuisine that takes many hours of preparation,” he says, adding that he doesn’t decide what medium to use: “You don’t decide. It’s like you are attracted by something and it’s better not to know why.”

In his art Assadour explores the modern condition, alienation and un-rootedness, questioning identity, fate, time and history. His art depicts the human form, landscapes, architectural and cosmological objects and technology. Assadour doesn’t fit into any traditional artistic movement but has, over the years, been inspired by different cultures and influences. “It’s a personal style; it doesn’t belong to a school. He’s an outsider, his own man and he has his own art,” says co-curator, art critic and writer Joseph Tarrab, a friend of the artist.

Assadour says art makes him feel younger and adds that he is never satisfied with his work and the only thing that stops him working on a painting is a deadline. “There are even paintings in this exhibition that I am tempted to continue; it’s my obsession. They are always unfinished and I’m always unsatisfied,” he says. 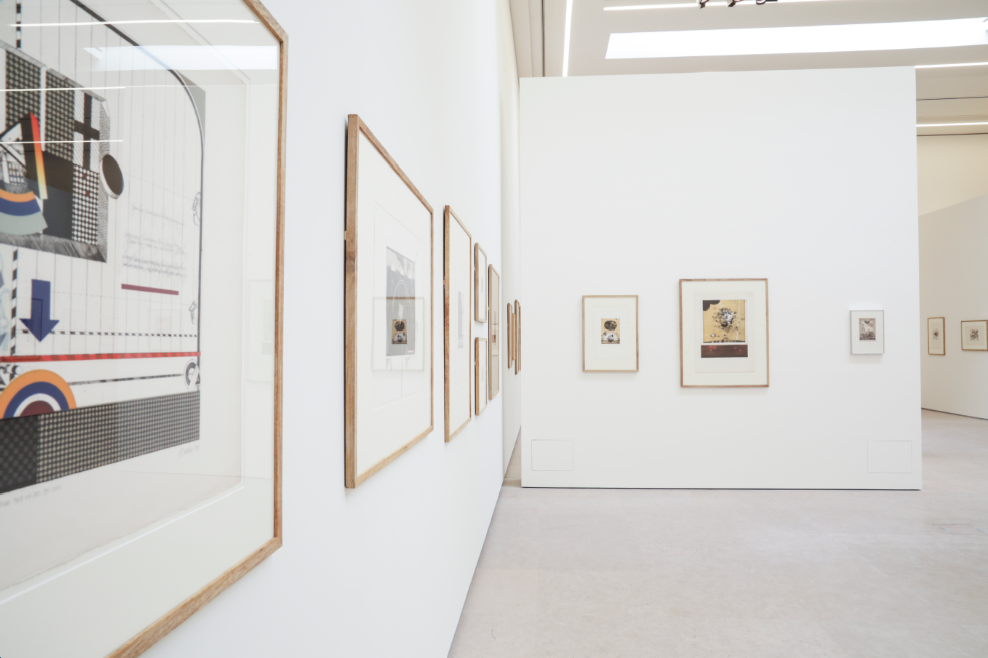 Staying faithful to the themes of identity and un-rootedness in his art, the artist, now 73, lives quite a nomadic lifestyle. Based in Paris (a city he doesn’t particularly like), he spends hot summers in the south of Italy and travels every winter to the Far East, where his work is featured in galleries. His art indeed fits in with the Asian tradition. Razian says, “He’s had a career in Asia, Korea, Japan and Italy, and other places where ‘works on paper’ are important in terms of art practices and art history. He’s one of the only Lebanese artists who’s worked with engraving and etching. But he’s not just a Lebanese artist because he hasn’t been living here in a long time and he has an international career.” 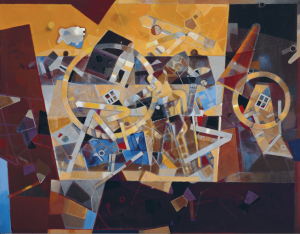 Assadour’s wanderlust began at a young age. He left Lebanon for the first time at age 17, going back and forth to Europe for a few years. “At that time I was not happy at all in Lebanon because of family and everyday life; I wanted to travel,” he says. He returned again in 1974 as an adult, this time falling in love with his homeland. “I was so happy to re-discover Lebanon, another Lebanon. I was very happy but a week after the opening of my exhibition in ‘75 it was the start of the civil war in Lebanon,” he recounts.

Asked if he thinks he would have stayed in Lebanon had the civil war not started, Assadour responds, unsurprisingly: “The Lebanese mentality is that they can never stay somewhere indefinitely; they have always been travelers. They are here, they’re in America and in Europe, but in their minds they are Lebanese. We Lebanese, we are here and there, and never definitively. I don’t know if I would have stayed.”

“Assadour: Landscape in Motion” is open at the Sursock Museum until May 30, 2016.

On the road to Oz

A fresh start for the Nicolas Ibrahim Sursock...