The first time I saw Nadim Asfar’s photographs, they stopped me in my tracks. There’s something striking about them, in a bare way — incredibly pared down in essence, it is this rawness which catches your eye.

It was 2012, and I was reviewing a group exhibit at Espace Kettaneh Kunigk, the former incarnation of Galerie Tanit-Beyrouth. Among the landscapes and still lives, a series of 42 snapshots, entitled ‘Thinking of Tomorrow, Emotional Landscapes,’ documented a sequence of mundane moments. The view from Asfar’s balcony, looking out over the weather stained buildings of Mar Mikhael, was captured in sunshine, moonlight and in the rain. A plate of half eaten food, a tangle of discarded clothing on a bed, a close up of a door frame folded back on its hinges. Individually, the photos revealed very little, together, they created a deeply intimate portrait of the minutiae of the photographer’s life.

The second time I saw Asfar’s work, I was mesmerized once again. This time in the peeling interior of a beautiful, war damaged mansion in Gemmayze, I lost the sense of time as I watched a slideshow made using many of the same photographs, taken in 2005. It unravelled like a film in slow motion — the photographer has actually studied both film in Beirut and photography in Paris — and explored Asfar’s uncertainty and sense of rootlessness in the wake of a failed love affair, capturing moments in a poetic nostalgia of loss. Dozens of unsmiling selfies were paired with candid shots of friends, often partying in a blur of motion, light and darkness. A photograph of Asfar’s sister, who died that same year, was followed by pictures of his mother in her mourning clothes, which was juxtaposed surreally with a playful sequence of photos taken up women’s skirts with the so called Cedar revolution as a backdrop.

When I contact the photographer to arrange an interview, he tells me he’s in Paris — the city where he grew up and returned to live three years ago. We arrange to speak over Skype.

Asfar’s love of photography is intrinsically linked to Lebanon, which from the beginning served as the inspiration for his work. “I was very young actually, I think I was around 15,” he says of his first foray into the art form. “It was a very meaningful interaction. I lived in France and I was very interested in discovering Lebanon. At the time, the war ended and all the frontiers in Beirut and in Lebanon opened up. So when we used to go to Lebanon during the holidays we could go everywhere, which was very new … I felt I needed to photograph and to document everything I saw and to bring it back with me to France. It was a kind of identity thing.”

His continuing desire to document is evident in the deeply personal snapshots he exhibited at Espace Kettaneh Kunigk. “I think this work was quite premonitory,” he says. “This was my way to deal with the digital and actually it’s what most people now do on Facebook. I understood that it had a strong relationship to the self, and this is how I used it. Now lots of people use it like this, as a very intimate language.”

Did it make him vulnerable to let people see the visual equivalent of his diary? “Yes, a lot, especially the video,” he admits. “After they first showed the film, I didn’t leave my house for three days. It was shown at Ashkal Alwan and there were a lot of people, so it was weird. I always end up doing projects in an intimate way. Even if at the beginning I might not mean to, it’s always my tendency.”

The reason Asfar left Lebanon was to gain a measure of distance. “I felt at some point, I was too immersed in daily life there,” he muses. “There is something very special about Beirut. It eats you. It eats your energy. It absorbs you. So I felt I needed to leave for a bit. Of course, Lebanon is still a very important part of myself and of my work.”

Asfar will be exhibiting work in a group exhibition at the Beirut Exhibition Center this October. He also has a solo show scheduled at Galerie Tanit-Beyrouth towards the end of the year. “I think it will follow my wandering between Paris and Beirut and also go into different languages of images,” he says. “I think there will be iPhone pictures, also pictures taken by different cameras. Maybe I will want to show hesitation and fragility and not knowing exactly where I am.” 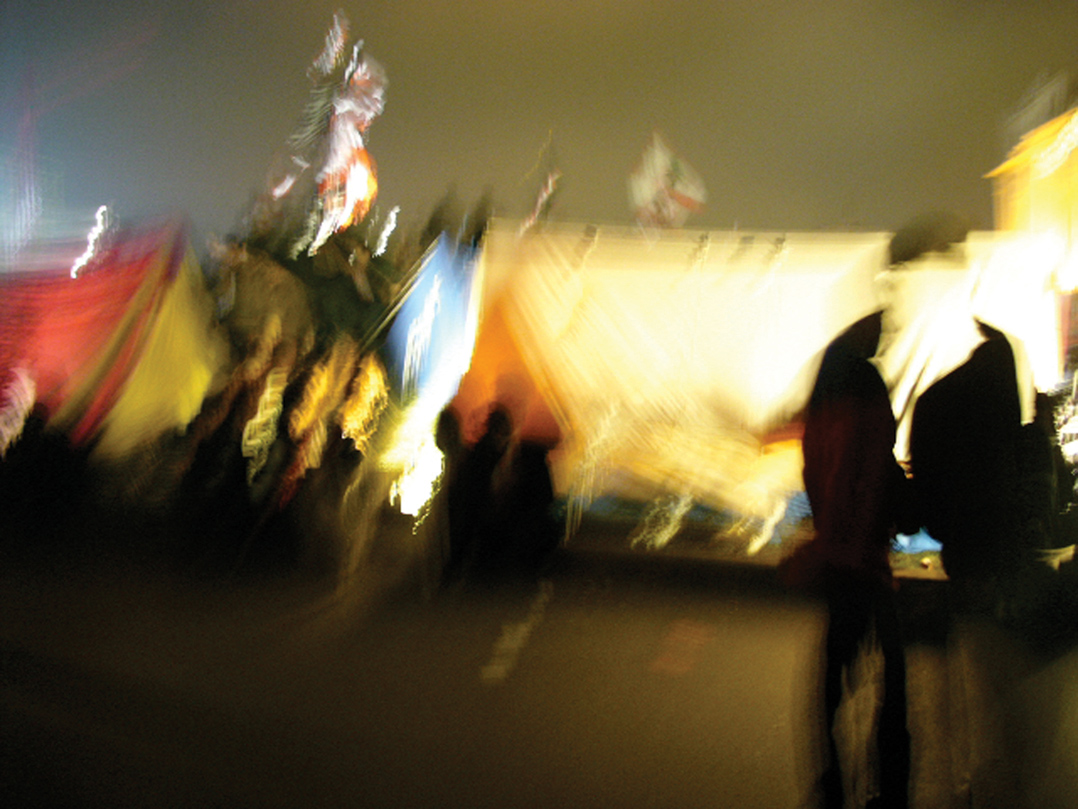