Photographers in Lebanon today are pioneers, helping elevate the art form in the country. In a world where everyone with a phone camera thinks they’re a photographer, more and more people are actually taking it seriously in Lebanon. Events like the annual Photomed festival continue to shed light on the power and beauty of photos, and the skill of those who capture them.

Held this year from January 18 to February 8 at various venues across Beirut, the fourth edition of Photomed Liban aims to bring together Mediteranean cultures through the universal language of photography by giving the public free access to some of the world’s most renowned photographers and encouraging homegrown talent. This year’s exhibition features the works of internationally-celebrated photographers Marc Riboud, Alan Fleischer, Sergio Strizzi and Richard Dumas, displayed alongside other talented artists at the Byblos Bank Headquarters, Institut Français du Liban, Le Gray Beirut, STATION and D BEIRUT. 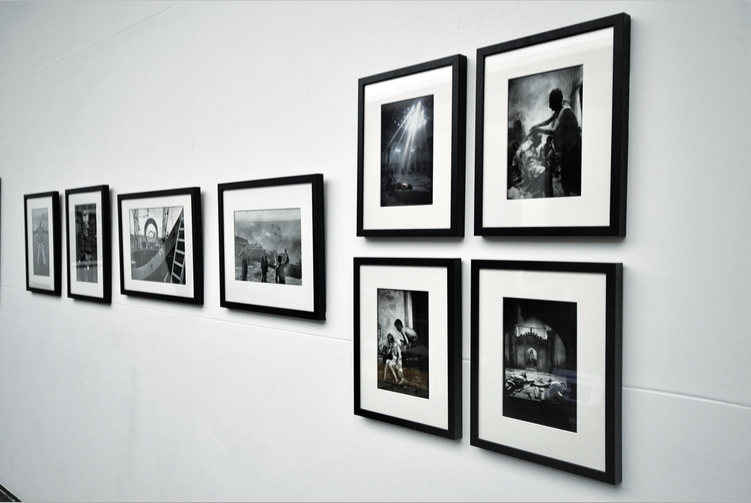 French writer, photographer and art historian Guillaume de Sardes, the curator of Photomed, says he loves Lebanon – Photomed Liban 2017’s launch marked his 12th visit in just two years – but cautiously admits the country’s photography scene isn’t as advanced as it is in Europe. He laments that not everyone considers photography as much of a valid artform as painting, for example, but acknowledges that, “there is a very good photography scene but it’s the general public that isn’t that aware yet, which is why [the Photomed] festival is important”.

The exhibition’s program includes workshops and a competition for emerging photographers, where the winners, this year Sirine Fattouh, and runner up, Nasri Sayegh, are awarded with solo exhibitions at Photomed France and Institut Français du Liban, respectively. A free portfolio assessment is also offered to aspiring artists courtesy of a committee of experts. Though de Sardes says there’s no formula for improving one’s work and the committee’s advice is dependent on each individual photographer, he advises it’s best to avoid cliches and stick to a few strong subjects instead of covering lots of different themes. 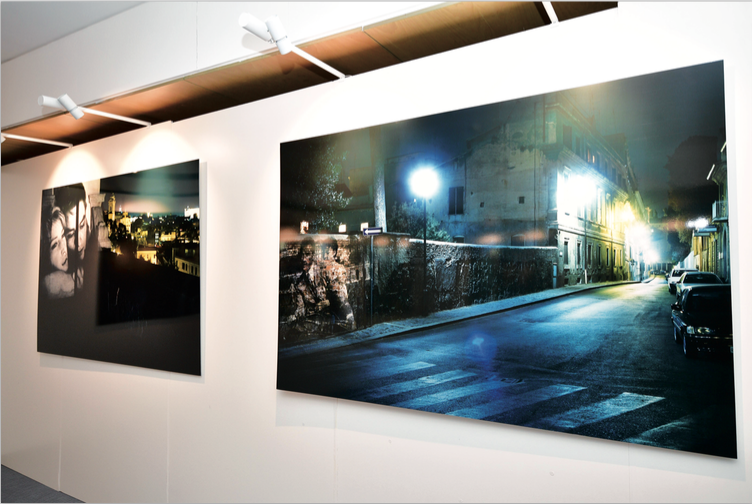 “It’s easy to take photos, but it’s the approach and a personalized look at something that makes it different,” de Sardes says, explaining how he selects photos for each year’s event. This year, he chose three compelling themes: the city of Beirut, cinema and the poetry of ruins. But his selection process is not just about finding beautiful works, he explains: “It’s not just about the photo, but everything behind it, the thoughts, concept and how it was done. We don’t only consider the artwork for itself, but also its relationship with the artist who created it.”

De Sardes also says broad and banal themes can be quite boring, so it’s best to narrow them down. This year’s cinema theme is more specific as all the artists’ work was related to renowned Italian filmmaker Michelangelo Antonioni, not just cinema at large. Dumas took some of the last photos of Antonioni when he was still alive, while Strizzi documented his films, these rare photos had never been displayed before. On the other hand, Fleischer’s layered work features photos taken from Antonioni’s movies and projected on the streets of Rome. “It’s a theme around cinema, but more on Antonioni,” de Sardes reveals.

The curator likes to choose well-known photographers as well as newer talents, reflecting part of the purpose behind Photomed as a launchpad for emerging artists. One young Lebanese photographer that caught the eye of de Sardes is Lara Tabet, whose risque work captures lovers meeting at a hidden Beirut spot. “It’s a hard theme, especially for a young Lebanese woman, so it’s courageous and it’s this that interests me. She has something to say,” he explains.

Tabet is one of the photographers whose work under the Beirut theme was displayed at STATION. De Sardes says each of these photographers has a different relationship to Lebanon. While Tabet has lived her whole life here, and photographed her own country, Giulio Rimondi is an Italian who has spent a lot of time in Lebanon and his work shows his love of Beirut at night. Born in Lebanon and raised in France, last year’s Photomed contest winner Bilal Tarabey had recently returned to his country of birth, and his photographs tell of his rediscovery. On the other hand, Georges Awde, who was also born in Lebanon but continues to live  abroad, had returned briefly to work on a photography project. Awde’s powerful works are another example of what de Sardes looks for as a different point of view. He photographed Syrian refugees but not in the manner most commonly seen. “Unlike other photographers that capture their misery, he looked for their beauty – and it’s really beautiful. It’s a point of view that’s very interesting and personal, and that others haven’t showed before,” says de Sardes. 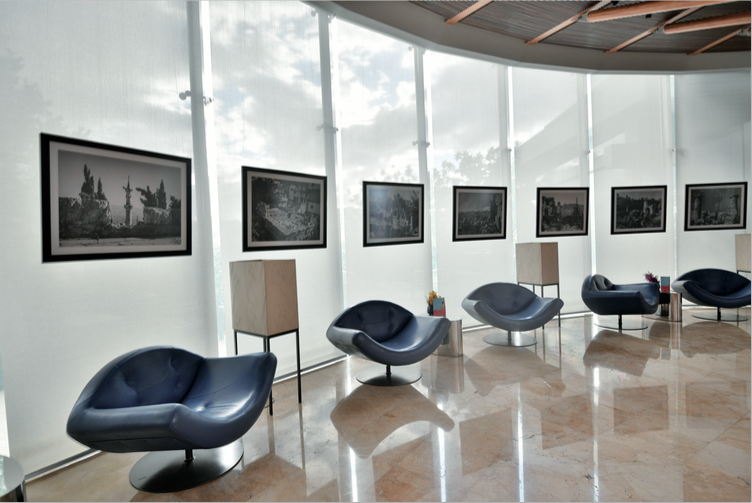 The festival also includes Lebanese filmmaker Danielle Arbid’s sensual series “Exotic Girls”. Christine Alaoui, mother of photographer and STATION-cofounder Leila Alaoui, debuted her own work this year. PhotoMed Liban 2016 was dedicated to Leila, after she was killed in a terrorist attack in Burkina Faso in January 2016. Christine, herself a photographer, had been encouraged by her daughter to show her work, and Leila is the posthumous curator of that exhibition, having selected and retouched the 15 works in the series. Also featured in the exhibition were Lebanese art galleries Agial Art Gallery, Alice Mogabgab Gallery, Galerie Janine Rubeiz, Galerie Tanit and The Alternative, showcasing the works of photographers Clara Abi Nader, Maria Chakhtoura, Rania Matar, François Sargologo, Gilbert Hage, and Michel Zoghzoghi.

As the yearly event grows, it’s Lebanon’s cultural scene as a whole that benefits. “Photomed gives Lebanese photographers the opportunity to meet foreign photographers participating in the event, as well as exchange experiences and, who knows, [perhaps] develop new collaborations,” said Vice President of Photomed Liban Serge Akl at the event’s launch. Indeed, learning from others and working with established talent is a key to driving Lebanon’s art scene forward and making it an economically viable pursuit. Talent is important, but not enough. Nurturing the local arts scene through events and competitions, potential financial rewards and international exposure is vital to creating synergy to turn Lebanon into the regional or even global force we hope it to be.