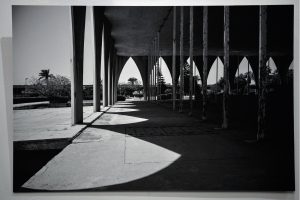 “Arched Sunligh” by Joseph Khoury, one of the 10 finalists of the 2016 Byblos Bank Award for Photography

Nowadays everyone thinks they’re a photographer. More and more smartphones, cameras, social media platforms and other tech means the medium is increasingly accessible and popular, which also means more talented eyes can capture their slice of the world for the rest of us to see. As photography’s mass and artistic appeal rise, the question is how can photographers make money from their work?

One way is to become recognized, while another is to learn from those who are older and wiser. The Byblos Bank Award for Photography helps with both, bestowing winning photographers with a solo exhibition, 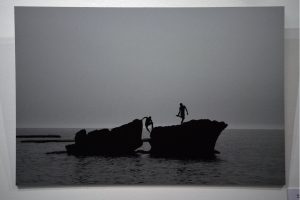 “Grateful Silhouettes” by Nancy Tohme, one of the 10 finalists of the 2016 Byblos Bank Award for Photography

plenty of visibility and the opportunity to learn from veterans in the field. The program aims to establish photography as a real artform in Lebanon and consequently help photographers create a professional market for their work.

Currently in its 5th year, the competition is held as part of the Beirut Art Fair (BAF) and included an exhibition showcasing photographs of the ten finalists, as well as the works of five finalists from previous years: Myriam Boulos, Ghaleb Cabbabé, Tarek Haddad, Lama Mattar and 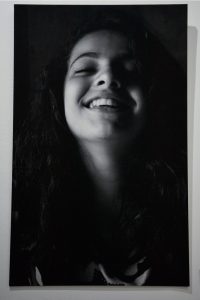 “A Little World of Her Own” by Haneen Tay, one of the 10 finalists of the 2016 Byblos Bank Award for Photography

On the final day of the BAF, this year’s winner was announced as photography student Elsn Lahoud, a second-time participant in the competition. The senior at Notre Dame University in Lebanon says he has a passion for photography, as well as art direction and graphic design, and had worked for over three months on his photo series titled “Ehtiyat” (Military Reserve).

The rugged men in his powerful photos pretend to be holding weapons and sport different facial expressions, from variations of smirks to downright sadness. “I’m really interested in subjects related to society and what affects social psychology,” he explains, adding that he wanted to show how military service has changed and shaped these men’s lives. “I

also wanted to study something that doesn’t exist as much anymore and to do a sort of memorial,” says the young photographer, explaining that he is seeing fewer people in his social circle interested in entering the army, and choosing instead to study and venture into other fields.

Lahoud met with the men, interviewed them about their experiences, then took their photos, choosing 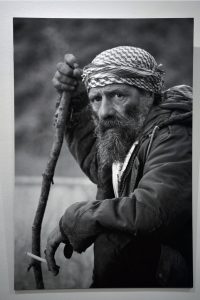 “Maybe One Day” by Najib Hilal, one of the 10 finalists of the 2016 Byblos Bank Award for Photography

backgrounds and setting based on what they told him, and sometimes reshooting because he wasn’t satisfied with the initial results. The only photo from his series that was displayed at BAF is of an ex-military man who now works as a butcher. Lahoud recounts: “He told me his conscription phase wasn’t very helpful to his life, and his work now is what matters to him, which is why I chose to photograph him in his butcher’s.” He adds: “Only one of the men is still in the military so I chose to make him stand out in front of a plain background.”

Lahoud says he’s excited about the win and hopes it will bring him greater opportunities. While university programs lay the important technical and artistic foundations of photography, money-generating lessons are often learned the hard way. Mentorship can be a big help in any field and photography is no exception. Lahoud will work alongside award-winning Lebanese photographer Serge Najjar on his upcoming solo exhibition, for which he is already thinking of a theme: a fashion photography series tackling the social issue of gender stereotyping. 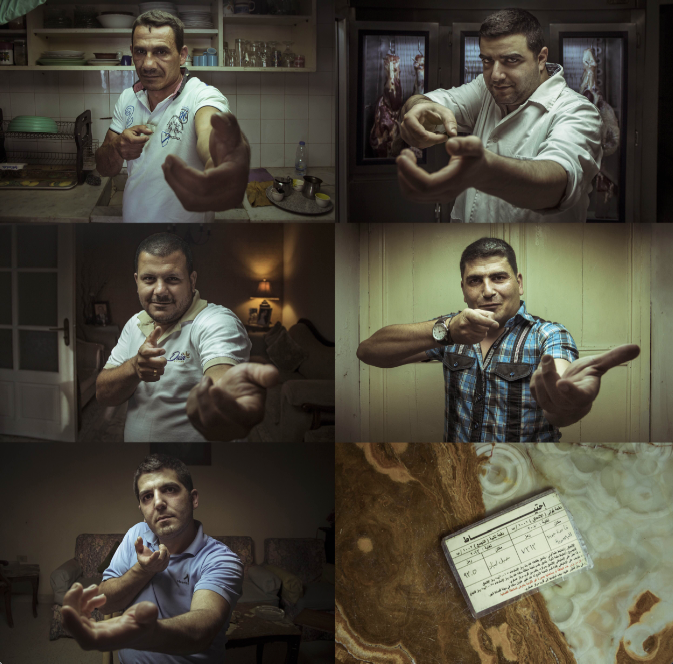 Preserving the heart of Mar Mikhael