Coffee. The word smells like Monday mornings and first dates. It tastes like satisfaction and stress. It helps get you through all-nighters and wrap up gluttonous meals. Coffee is many things. But how much do we really know about it?

Coffee beans are believed to have originated in modern-day Ethiopia, and early coffee roasting and brewing began here in the Middle East, starting in Yemen then spreading to the rest of the region, India, and later Europe and the Americas. While many people drink coffee on a morningly basis, coffee aficionados will tell you that it’s not just about a caffeine fix. In fact coffee is much like wine; where and how the beans are grown, as well as how they are sorted, processed, ground, roasted, blended and brewed have a huge impact on taste. 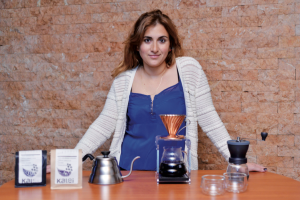 Coffee lover Dalia Jaffal, who worked with coffee farmers in Africa as part of a previous job, decided to follow her passion with the push of a former coworker, Andre Fadel. The two initially discussed the idea over a very fateful cup of coffee, and decided to jump start the specialty coffee market in Lebanon. Jaffal pursued a Coffee Diploma at the Speciality Coffee Association of Europe, specializing as a coffee roaster and barista, and together with Fadel she launched Kalei Coffee Co. in August 2015. The word kalei comes from Ethiopia, where traditionally three cups of coffee are served to guests, one of which is called kalei.

Based in Beirut, Kalei is a specialty coffee company. The coffee they source is certified by the Specialty Coffee Association of Europe, which means beans must meet certain criteria and be graded. The founders themselves travel to coffee-producing countries to buy the beans directly from cooperatives and farmers, roasting them here in Lebanon. Kalei’s first batch of coffee beans came from Ethiopia and Colombia, but in the future they won’t always come from the same sources. Jaffal says they will constantly look for new origins, following the seasons. “Coffee only grows between the two tropics so there are coffee regions. Within these regions there are some premium locations where coffee is better than in other locations, and even within those places you have good years and bad years,” explains Jaffal. Two of the varieties available are also shade-grown, which is a slower, more natural way for the plant to grow and thus results in more flavorful beans, versus a faster, more commercial method of growing the plant in direct sunlight. After a harvest (which is often done manually but can also be performed by machines), the coffee is sorted and graded. 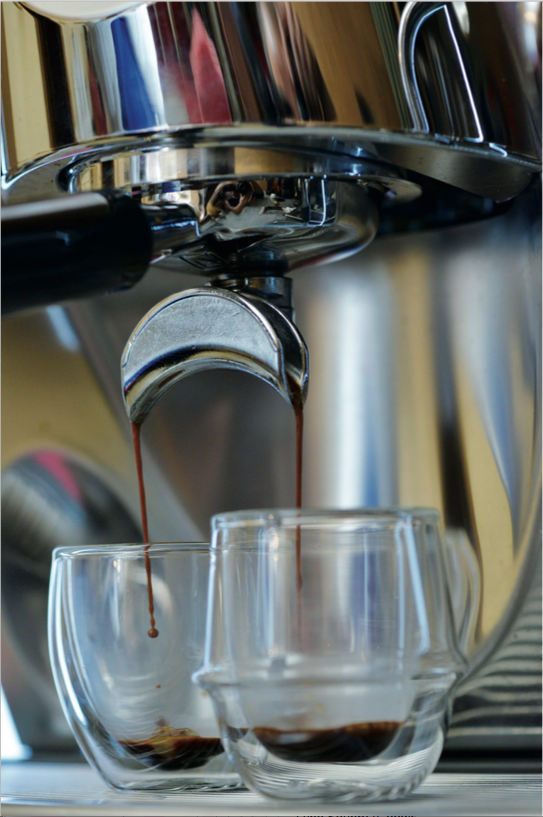 Some of Kalei’s coffee is also organic or fair trade, but Jaffal is keen to point out that organic does not necessarily taste better – and is certainly harder to obtain. “With coffee it’s really hard to be organic because coffee requires a lot of fertilizer, a lot of labor, etc. to grow,” she says. Kalei sells their beans mostly as single-origin – meaning the entire pack contains beans from a single source – but they also offer blends.

Once the beans are imported, they are roasted in small batches. As a specialty, rather than industrial, roaster Kalei regularly makes small amounts of fresh roasts. Roasting is another step in the coffee process that greatly affects taste. “We usually tend to stay within light to medium roasts for specialty coffee because the darker you roast the more flavor you lose. You get a less acidic taste the darker it is, but you also lose a lot of the origin’s flavors,” she explains, adding that they go slightly darker for varieties intended for espresso.

Jaffal says they’re doing a lot of experimenting. All the beans are “cupped” – a process used to observe the tastes and aromas of brewed coffee – to see which beans work best for each method of brewing (filter coffee, espresso, French press, etc.). Experts also use a flavor wheel to define the flavors in the coffee, which can include berries, fruits, wood, smoke, herbs and more. “It’s exactly like wine,” says Jaffal.

Some customers are experiencing these tastes for the first time, and while many are enjoying the unusual flavors, others are not too keen on the novelty. However, coffee sophisticates have expressed excitement that specialty coffee is available through a local company – both verbally and with an onslaught of demand. 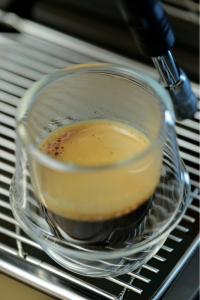 The partners are also looking at different coffee markets, including the more familiar Arabic coffee. Normally, dark roasted Brazilian beans are used to make the drink, so many are not willing to use a different bean variety – although according to Jaffal, “This [change] has started, especially in Turkey and especially with the younger crowds. They’re starting to accept and appreciate non-Brazilian beans [in Arabic coffee].” Kalei offers an extra-fine grind that can be used for this type of coffee but they explain that reactions have been mixed. “Our taste is not dark enough for some people, and they want a darker roast,” Fadel explains, adding, “More open-minded people like it a lot, it’s not as thick but you can still feel the intensity.”

The prices of Kalei’s coffee are relatively high (approximately $16 for 350g) and, according to Fadel, something consumers of budget Arabic coffee (which can be as low as $1.50 for 200g) might take time to get used to – though high-end Arabic coffee prices are on par with Kalei. Fadel adds that their cost is actually much lower than the rates for the same products abroad and prices will fluctuate depending on the constantly changing imports.

Kalei’s single-origin beans and blends can be ordered online, where you can also choose custom grinds. The website helps you select the best brewing methods, teaches you what hardware you’ll need for different types of coffee, and provides a wealth of additional information on coffee and the farmers who grow it. Kalei coffee is also sold at several cafes and specialty stores in Lebanon (and expanding quickly to Dubai and other gulf countries, who reached out to them for orders). Kalei’s most exciting project is perhaps establishing their own coffee shop in Mar Mikhael. Opening in the next year, the shop plans to sell coffee accessories, professionally train baristas and give coffee workshops to educate curious Lebanese about the intricacies of coffee.