Food and finance may have little in common, but place a meal in the middle of a business deal and the well-fed may be more inclined to converse and compromise. Downtown Beirut is fast becoming a foodie destination for high-end restaurants, catering to the adjacent financial district as well as shop-goers and residents of the upscale neighborhood. The newest restaurant to capitalize on the up-and-coming scene is La Petite Maison Beirut (LPM), launching its new location on the ground floor of the striking, all-white M1 Building in early February.

For a French restaurant, LPM is not at all typical, likely a result of its Niçoise origin. General manager of LPM Beirut Yannick Chaloyard describes it as a cross between fine dining and your grandmother’s house. The restaurant has no dress code and walk-ins are welcome, it’s relatively formal but not imposing, contemporary but cozy. Their slogan, ‘Tous es Celebre Ici’, is a play on words that means ‘everyone is famous here’ as well as ‘everyone celebrates here’ – in line with their welcoming spirit. Guests come for all occasions: business meetings, warm family meals and swanky dates, as well as unplanned dinners after the beach. “All our guests are treated exactly the same way; we don’t look at people’s appearance. Appearance is not what makes LPM, what makes it is having the buzz of all those different people together – this is what makes LPM fun,” says Chaloyard. 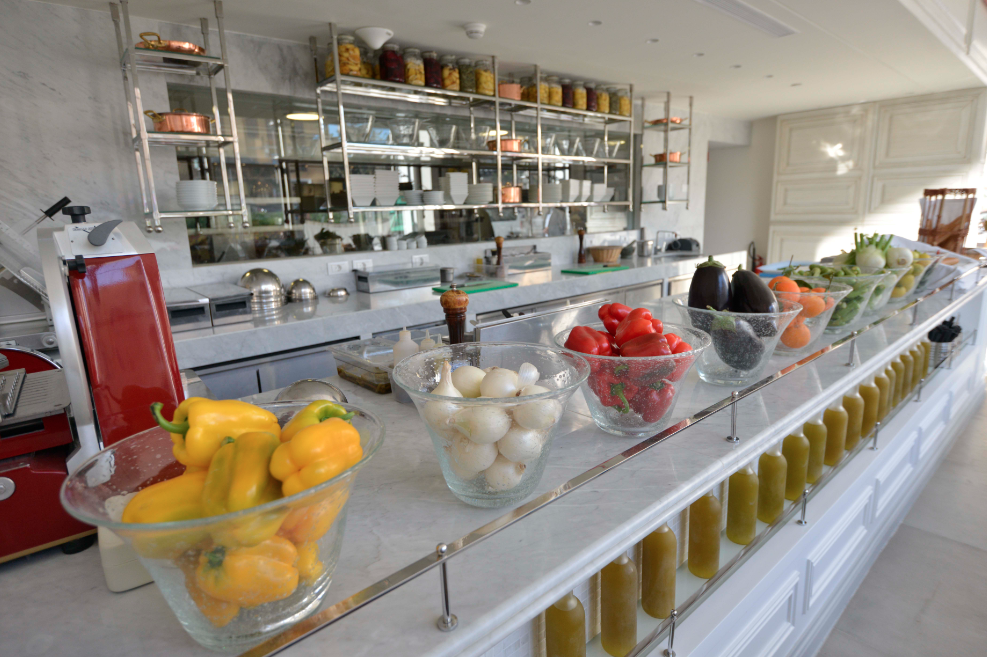 The brand undoubtedly has a lot of character. Its Beirut location at street level in Downtown reflects the restaurant’s easy-going accessibility. Chaloyard says there are many similarities between Lebanon and the French Riviera. For one, the Lebanese enjoy being outside in the year-round good weather, which is why the restaurant has a terrace. Inside, the high ceilings and huge windows fill the space with light. The artwork on the walls is hard to characterize and no painting is alike, but there is nevertheless a cohesiveness to the decor. On one end of the restaurant is a bar serving specialty cocktails and on the other, a busy open kitchen. Staff is hired based on personality rather than appearance; they’re trained to be professional but not intrusive, and they all taste the entire menu for better engagement with customers.

The food is prepared ‘a la minute’ and quality is everything. If LPM is unsure about the quality of a product, they simply don’t serve it. For example, fresh fish arrives every morning and if it’s not top quality, it’s rejected. “I prefer to tell guests we don’t have it than compromise on quality,” says Chaloyard.

“The reason people come back again and again is because there’s consistency. It sounds so simple, but it’s consistent and delicious,” explains Chaloyard. LPM’s loyal clientele, affectionately known as “LPM ambassadors”, also frequent the restaurant’s other branches located in France, London, Dubai, Istanbul and soon in Miami and Abu Dhabi.

The LPM menu is the same everywhere, save for a few local twists. For French cuisine, the dishes are not cream-heavy. In fact only two dishes on the entire menu contain cream. Some of their most-loved start- ers include the carpaccio, prawns in olive oil, calamari and burrata. They also recreated a Caesar salad with artichokes and oyster mushrooms instead of chicken and bacon. Chaloyard says, “You get the meaty fla- vor of the artichoke and the crispiness of the fried oyster mushrooms for the bacon.” Other highlights: the veal marinated in maple syrup, sage and honey; an entrecote cut thicker to ensure juiciness; and the Dorade fish made to share. Their special Josper oven has been described as “the Ferrari of ovens”, and gives everything a distinctive smoky flavor. 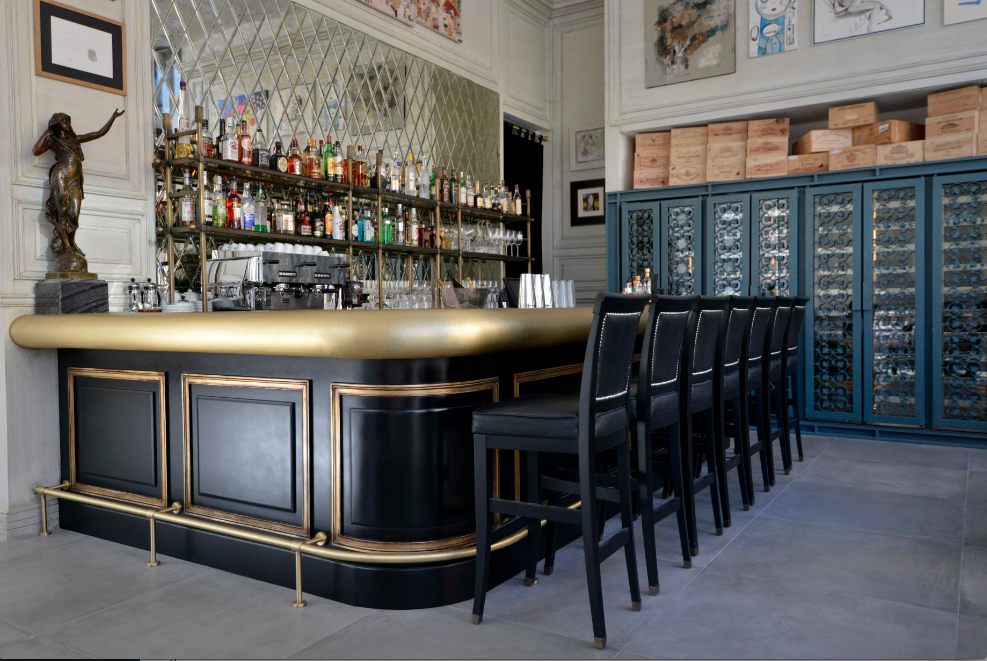 LPM’s dessert is truly a treat. The sorbet is homemade in a special machine that freezes the fruit, so gelatin is not added and sugar is minimal. Their cheesecake is to die for, according to Chaloyard, and the warm chocolate mousse is served with an atypical malt ice cream. In the summer, the panna cotta is made with Lebanese yogurt.

LPM Beirut also has a top-trained, senior female sommelier. Chaloyard explains that, “some sommeliers tend to be a bit obnoxious, suggesting expensive wine and intimidating guests. The role of the sommelier at LPM is the opposite – we are trying to find very interesting wines at affordable prices. Our aim is to let people try new wines, things that they might not normally go for.” LPM’s selection includes international wines and many recognized Lebanese brands, but they are trying to promote boutique local wineries, like Iris Domaine, Chateau Qanafar and Aurora. “It’s nice to put on the wine list something that people won’t necessarily think of,” he says.

LPM is known for its food sharing concept, and while this might work really well for families, the idea may not sit too well with businessmen breaking bread. Chaloyard clarifies that plates are simply put in the middle of the table but sharing is not necessary, though he adds that sharing food does help break the ice in any context. It’s true that there’s a lot of bonding over the food, especially since Lebanon already has a food-sharing culture.

Being in the heart of Downtown surrounded by other restaurants may be a challenge for LPM but Chaloyard says that “Competition is fantastic, it motivates you.” LPM Beirut opens from Monday to Sunday for lunch and Monday to Saturday for dinner – which gives Beirut’s business elite plenty of opportunities to butter each other up.

A problem of domestication