Is Jap worth the drive? If you’re already in Jounieh (or further north), the question is irrelevant. But if you’re an overindulged Beiruti with a plethora of sushi joints at your doorstep you might not be too keen on venturing through a traffic trap of a highway to indulge in some Japanese cuisine. Or would you? 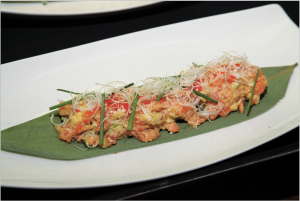 The UBay complex in the old town of Jounieh, which already houses renowned fine dining establishment Table Fine, recently opened another high-end (but not fine dining) restaurant: Jap. Recruited to spearhead the gourmet venture was Chef Masato Okamoto, a star chef with 30 years of culinary experience across six countries and in cities like Los Angeles, Las Vegas and New York. Hailing from Kyoto, Japan, the chef says he wasn’t too enthusiastic about moving to Lebanon at first, but after a Google search he discovered he would be working in a beautiful coastal town and changed his mind.

We’re glad he did. What he has created for Jap gives the Lebanese a new take on Japanese cuisine. Forget Americanized maki – which Jap also has, and for the record are delicious to Westernized taste buds – the authenticity of Jap’s dishes goes beyond the standard sushi selection of other restaurants. In fact the menu created by Chef Masato is remarkably close to genuine Japanese cooking; he promises Jap’s miso soup is exactly what you’d taste in Tokyo, and the black cod, tempura and grill items are almost 100 percent authentic. 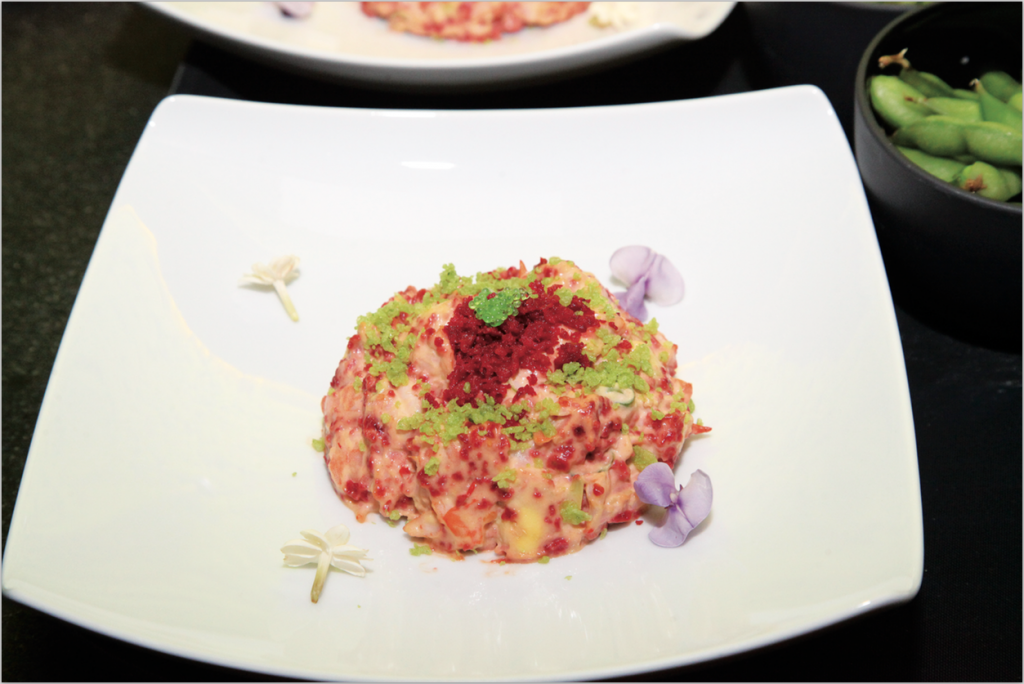 “The Japanese foods we call wa-sho-ku in Japanese are quite different from the Japanese foods outside of Japan,” he says, explaining that this is not at all a matter of good or bad but rather a natural development that stems from catering to local tastes. He compares it to pizza: the authentic Italian Margherita versus neo-topping combinations like pineapple and barbequed salmon.
As such, a few items were created to suit Lebanese tastes – namely the crunchy spicy shrimp salad, sesame ginger marinated chicken and a few other modern 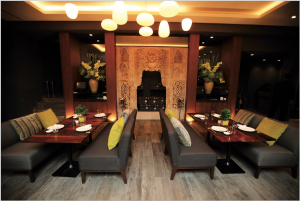 Japanese foods that he hesitates to label as “fusion”. “‘Fusion food’ is an ambiguous expression. My friends and I usually call it ‘confusion food’,” he jokes, adding that the term is misleading because it sounds new and cool whereas the idea is nothing new at all because food culture slowly evolves every day. “Today’s traditional foods are different from centuries ago. As far as I can see, sushi will become one of the world’s staples by the next century,” he says. Judging by the flourishing sushi restaurants in Lebanon alone, this seems very likely to be true.
Toufic Khoueiri, owner of the UBay complex, says the dishes at Jap can “put tears in your eyes,” and while levels of emotion might vary, your taste buds should be left very content. Not only are the ingredients of the highest quality in Lebanon, the food is as delicious as it is beautiful, plated artfully into an Instagram foodie’s dream. 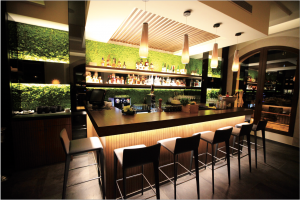 And it’s not only the food at Jap – the view alone is worth the drive. Nestled in the Jounieh Bay, the entire UBay complex boasts picturesque views of the Mediterranean. Khoueiri says the panorama “enhances the experience, melding experiential visuals with fresh seafood,” calling it “a world of zen.” It’s zen indeed. Friendly waiters are well informed and the service is punctual. The decor is elegant, the ambiance is laid-back and the tables are spaced far enough apart to be able to have a conversation without accidentally over-sharing with your neighbors.
Conclusion: Jap is definitely worth the drive – and the best time to go is post rush-hour traffic for a beautiful moonlit dinner.