They say hope dies last. The Lebanese definitely need a hearty helping of hope these days – to continue aspiring, working, and building despite the circumstances. Sometimes listening to inspiring stories rekindles hope and gives us the strength to persevere, continue knocking on doors that seem to be bolted, and working towards ambitions that appear impossible.

The Nawaya Network is trying to do just that – build a strong community of hope for the most hopeless of people in Lebanon – through their work developing the talents and skills of youth from underprivileged backgrounds. After a chance meeting with a talented young girl in a remote village, founder Zeina Saab decided to launch the organization in 2012. Her goal was to give boys and girls the means to achieve their biggest dreams through a mentorship program, keeping them off the streets and away from violence and drugs. 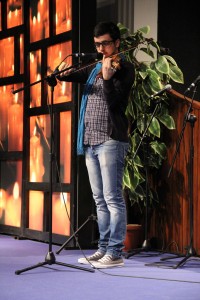 After three years of concentrating on individual strengths and mentoring over 50 youth, Saab is shifting Nawaya’s focus to better meet the needs of her target communities. “We wanted to develop passions, and we did for some time, but that approach didn’t reach the most vulnerable youth. We reached children from low income but not high-risk families,” she admits, stating that she is now focusing on skills that are of more value, connecting youth to income-generating opportunities, internships and jobs, and giving them exposure and connections that go beyond vocational training or an education. She is establishing a partnership with the Lebanese University in three fields: computer coding and programing, digital design and fashion. “We recognized that to make a deeper impact we had to focus on different skills,” she says, adding that in light of the shift she hopes to reach as many as 500 youth next year.

Another new addition to the Nawaya platform is inspirational TED-style talks, held for the first time this year. One of the speakers at The Nawaya Talks: The Untold Stories of the People of Beirut event was Nadeen Ghosn, the same young girl that inspired Saab to launch the venture. Ghosn spoke about pursuing her studies in fashion and current work with Lebanese fashion designer Cherine Khadra. Throughout the day-long event the audience listened to a series of these cathartic accounts of adversity and determination. 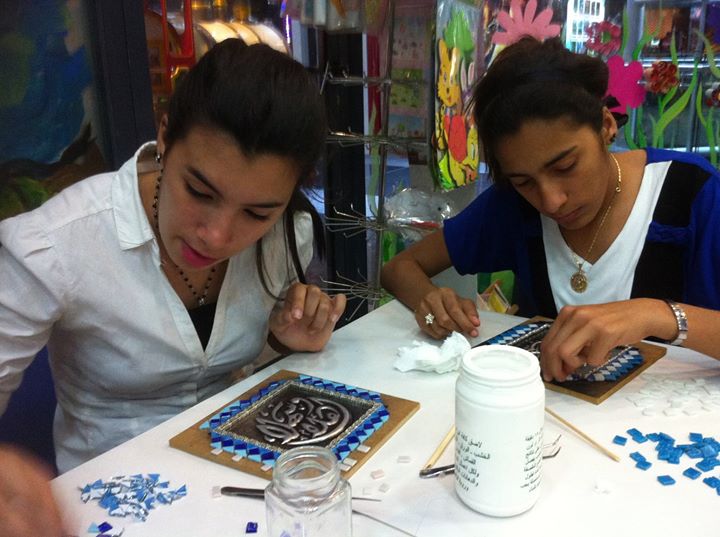 Lebanese entrepreneur and CEO of Vinli Mark Haidar’s video testimonial told a rags-to-riches story of a struggling boy from a poor community who left during the bombings of the 2006 war, earned a scholarship at a US university and supported himself by working nights at a gas station to achieve success. Nawaya mentor and doctor Amany Sabbagh echoed similar sentiments. After repeatedly having the door shut in her face, she continued to persist and knock again and again, refusing to take no for an answer. Johnny Gerges’s transformative story took him from a life of drugs to a life in the circus. He explained how a visiting circus saved his life, brought him to his passion and ultimately culminate in his own circus organization. Nawaya youth Hovsep Zeitounlian’s passion for music didn’t wane when he encountered numerous setbacks, and he revealed how he once miraculously found a gold chain on the street. He sold it for the exactly amount of the instrument of his dreams – a violin. Artist and volunteer Raymonda Chamoun had to work as a young child in very unfriendly environments and emphasized the power of inspiring words. In an emotional video, painter Paul Baghos Nazikian, who was born almost deaf, spoke of his struggle with his disability, using art as a refuge. Nawaya supporter Rania Hashem painted a picture of her impoverished childhood, describing her home as one filled with love, but not much else. Through hard work she managed to pursue multiple degrees and started her own company. The moving event was dotted with musical and artistic performances by Nawaya youth.

Show us the money