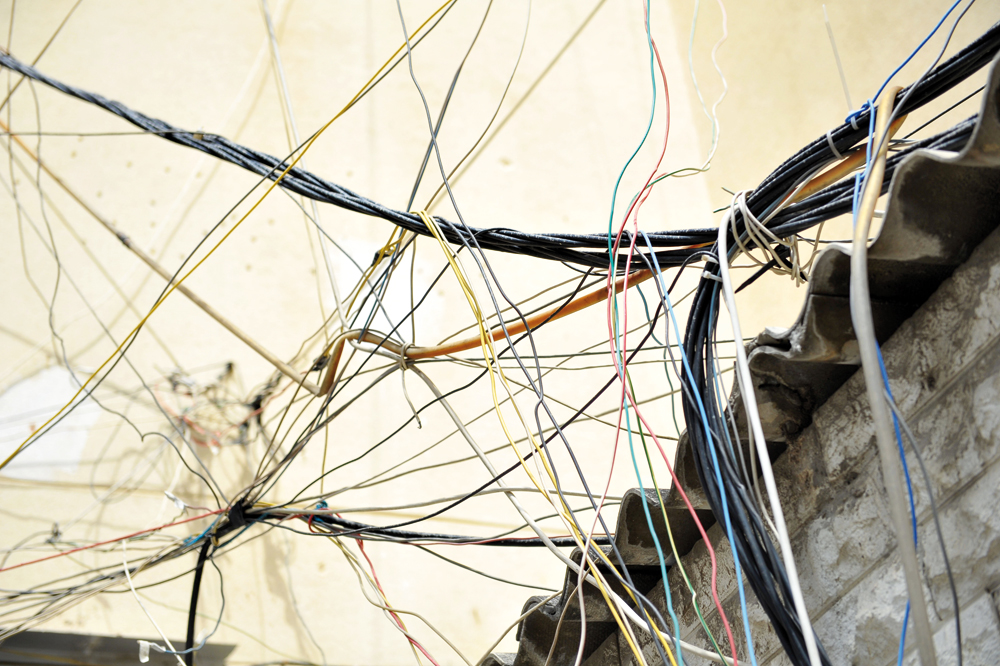 Lebanon’s electricity sector faces severe difficulties on multiple levels, making it an unsustainable burden on the economy in general and the state budget in particular. Problems extend across all stages of the business process, from production to distribution, even billing and collection, despite the latter having been franchised out to private companies.

Promising proposals — including some very comprehensive ones — to address these issues have been drawn up by and for successive ministers of energy and water, including the latest policy plan approved by the Council of Ministers in June 2010.

[pullquote]These plans can work, but only when the required political decisions are taken to revive this vital sector[/pullquote]

These plans can work, but only when the required political decisions are taken to revive this vital sector by insulating it against personal and private interests, be they direct or indirect. Only in this way can we honor both the spirit and the letter of legislation already passed by Parliament by getting on with the implementation stage.

Several matters require urgent attention, including financial and administrative difficulties that have held up construction of a planned 435-MW generating station at Deir Ammar and a similar facility at Zahrani, the combined output of which would provide the country with at least a bare minimum of its power needs. Specifically, the Council for Reconstruction and Development should be tasked with securing the necessary funds from supporting institutions so that implementation can start immediately.

The politics of electricity

The national interest demands that this be done as quickly and as cleanly as possible, because the last thing Lebanon needs is a dispute with a contractor that leads to court proceedings and/or arbitration that could take years to unfold. It is clear that franchising measures adopted by the Ministry of Energy and Water are tainted with a lot of gaps.

Easing Lebanon’s chronic power shortages also calls for urgent action to expedite the delivery and installation of new generating units at the Jiyyeh and Zouk plants. Timing is everything in such cases, because every day of delay increases the financial drain and other burdens on all consumers, from households and schools to companies and government offices. This directly undermines the productivity and competitiveness of the national economy, restricting GDP growth and soaking up resources.

Even more importantly, preventing future crises and enabling long overdue reforms demands that oversight be exercised by a duly constituted Electricity Regulatory Authority. Such a body has been created by legislation but successive governments have failed to appoint its five member leadership commission, as called for under Law No. 462 of 2002, preventing the authority from exercising its powers. There is an urgent need to appoint the Electricity Regulatory Authority, as more than 14 years have passed since the issuance of the law calling for its formation, without any legal or legitimate reason being provided for this delay.

The failure to fully implement Law 462 has prompted the legislature to pass Law 288, which alters Article 7 of Law 462 by adding the following paragraph: “Temporarily, for a period of two years, and until the appointment of members of the Authority and giving them their tasks, the production permissions and licenses will be granted by a decision of the Council of Ministers upon a proposal of the Ministers of Energy and Water, and Finance.”

The establishment and empowerment of structures similar to the Electricity Regulatory Authority has been crucial to developing and implementing advanced energy and consumer-protection strategies in jurisdictions around the world — including Europe and our own Euro-Med region — so it remains a mystery why some parties insist on denying this proven setup to Lebanon and the Lebanese.

And as though all that were not sufficient to bring development of the sector to a standstill, a new board of directors has not been assigned for Électricité du Liban (EDL), the country’s state owned power company, since 2005. This has sharply curtailed or even eliminated follow up on the completion of major projects designed to help meet minimum requirements, and committed Lebanon to huge amounts of money.

Then there is the matter of the fuel required for the generating stations at Zahrani and Deir Ammar. Based on the advice of Électricité de France (EDF) and under the terms of the national energy strategy developed in 1992–1993, both facilities were designed and built to operate primarily on natural gas rather than diesel oil. This would impart several benefits, including lower production costs, less environmental impact and longer service lives for generating units.

Once again, however, political bickering and clashes of personality have prevented full implementation of the plan, in this case by failing to secure the necessary gas supplies. As a result, both plants have been run almost exclusively on oil derivatives, obviating some of their design advantages and burdening the treasury with massive bills for fuel that is dearer, dirtier and less efficient.

An agreement was signed in 2009 to finally link Deir Ammar with the Arab Gas Pipeline, built to carry Egyptian gas to customers in Israel, Jordan, Lebanon and Syria, but the deal was never fully implemented. And in light of mounting instability in the region since 2011, it is highly unlikely that Lebanon will see any benefit from this for the foreseeable future: Egypt has been unable to meet its existing supply obligations for the past three years, and badly needed repairs and maintenance cannot be carried out on Syrian sections of the pipeline through which any Lebanese imports would have to traverse.

Since operation of the electricity plants in Zaharani and Bedawi that relied on natural gas has become impossible without the presence of gas pipelines, and the natural gas liquefaction near the production facilities has become indispensable and irreplaceable, it is imperative for the Lebanese state to start buying, renting or establishing a floating station(s) for liquified natural gas storage, and for its regasification — necessary for the two power plants in Zahrani and Deir Ammar. A floating storage regasification unit (FSRU) would need to be established in each, even if that required the expansion of the port, or the establishment of breakwaters to protect the station from marine factors.

The procurement of the two FSRU stations would allow enormous savings on the price of fuel, significantly reducing the need for public financial support for EDL. It also would substantially reduce the utility’s debt ratio; a crucial requirement because the potential impact of government and EDL measures to improve bill collection remains limited. This would lead to the reduction of financial transfers to the EDL mitigating the debt to GDP ratio, particularly since the capability of the government and EDL to collect bills and prevent electricity theft or attacks to the grid remains limited, reducing the ability to rein in the deficit.

Initially at least, both floating stations should be rented or leased, provided that the awarded contractor or promoter has both the requisite international experience and a demonstrated ability to supply the natural gas in addition to the stations simultaneously. This would translate into substantial cost savings for the control and supervision of the facilities. Any such agreement also should follow the “key in hand” method, which would leave the financing of construction to the contractor, reducing the risk to the state and allowing it to start paying only when it has taken delivery of fully operational facilities. And since we know in advance the amount of fuel required by the power plants, the contract should stipulate the dates, quantities and costs of gas deliveries. This formula has been tried and tested in several jurisdictions, including Dubai, Jordan and Kuwait, and there is no reason why it would not work in Lebanon.

Until steps are taken to regularize the electricity sector by implementing existing legislation, and until the almost year long vacancy in Lebanon’s presidency is filled, it is advisable that oversight be exercised jointly by the Parliament and the Council of Ministers.

No individual, though, no matter how influential, can make this happen without securing the trust and cooperation of others. Some features of the Lebanese political landscape are difficult to agree on, but this one is not. National pride, political responsibility and basic common sense dictate that we act quickly to end the mismanagement of this problem. Only then can we start eliminating all forms of waste, alleviating the losses of the state and meeting the needs of power hungry homes and businesses.