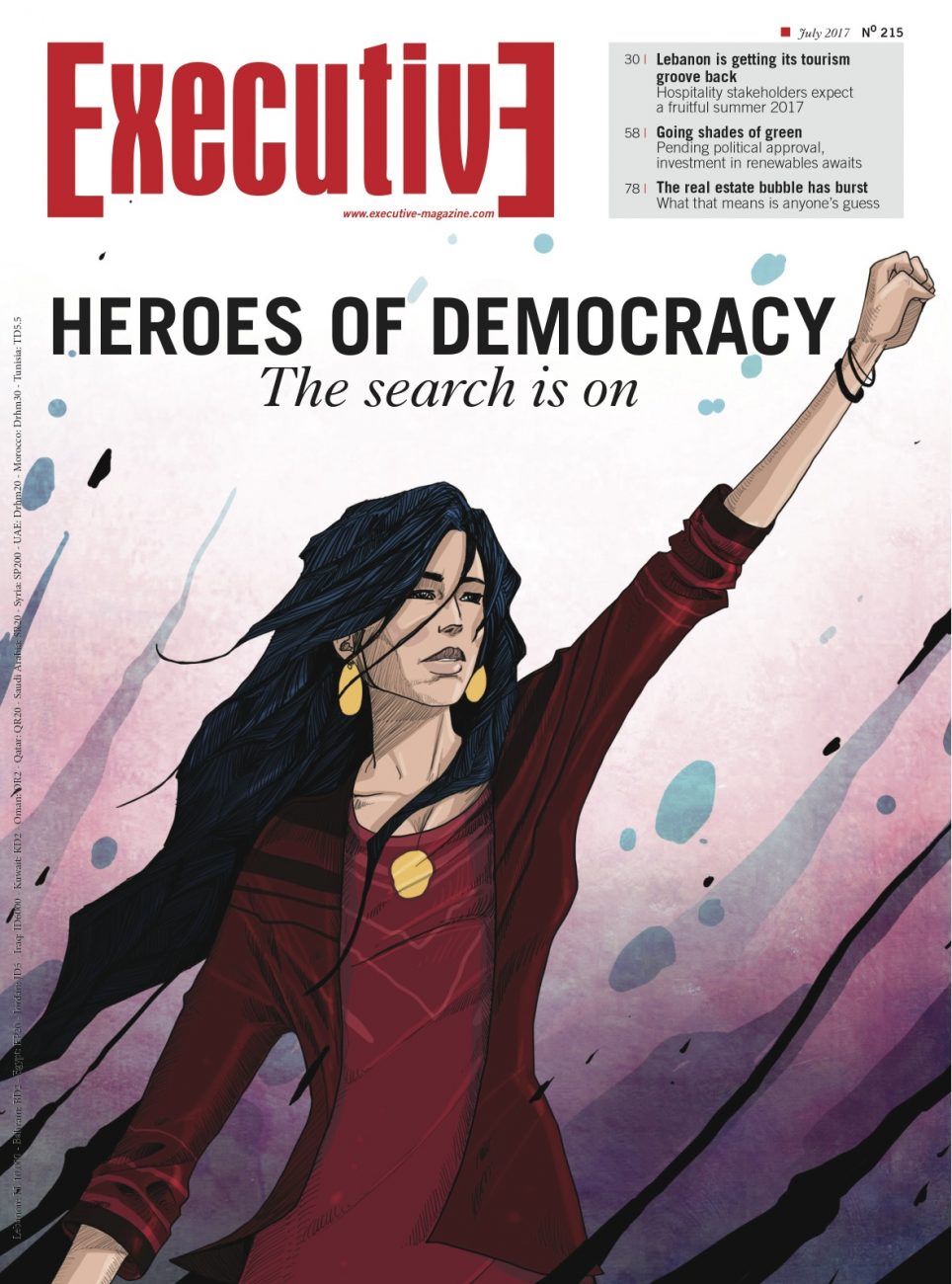 The long-awaited electoral law is out. And it’s rigged. The law that was supposed to be our hope for a better future was designed to keep our political class in power. Our democracy is in jeopardy, and we must fight back.

Our political class is comprised largely of killers and thieves. They destroyed this country once. Not with their bullets and bombs — although those claimed far too many victims and left deep scars. They destroyed it by letting our currency collapse, watching our national wealth sink down to hell with it. Despite these unforgivable sins, we let them stay in power. In return, they’ve offered insult and humiliation.

Greed is the only explanation for the sorry state of our country. It kept the internet slow. It keeps the lights out most of the day in the majority of the country. It keeps water scarce and garbage on the streets. This country has limitless potential that is simply squandered. Our best and brightest take the first ticket out because Lebanon is increasingly unlivable. If tourists return, who among them will not be disgusted enough never to return by the trash piles marring nearly every spit of undeveloped nature in this country.

Our killers and thieves should have written a new electoral law by their original deadline, 2013. Instead, they extended their term in office and instructed their goons to assault anyone who dared protest. After four long years of doing almost nothing, we’re insulted with a law designed to keep anyone with a real vision for this country out of office. The battle lines are drawn, and our killers and thieves have made sure their positions are very well fortified. This will be a very, very dirty fight.

But it’s a fight we can’t avoid, no matter how distant victory seems. We must not forget who we’re fighting. We must unite, be smart and elevate the discussion. We cannot approach the coming election with romantic and naive notions that winning will be easy. Since the war ended, our political class has been poisoning the national discussion with ugly sectarian rhetoric that — whether we admit it or not — has influenced each and every one of us. The first step in preparing for the coming fight is thoughtful self-inspection. We must rid ourselves of any closed-minded visions of this country’s future in order to engage all of our fellow citizens.

The strongest weapons our political class will use are fear and lies. Ours is the miserable slog of our daily lives. They’ve ruined this country, and we must not let a moment pass without pushing that message to the fore. Now is the time for strength and determination. We might not win, but we damn well have to fight.