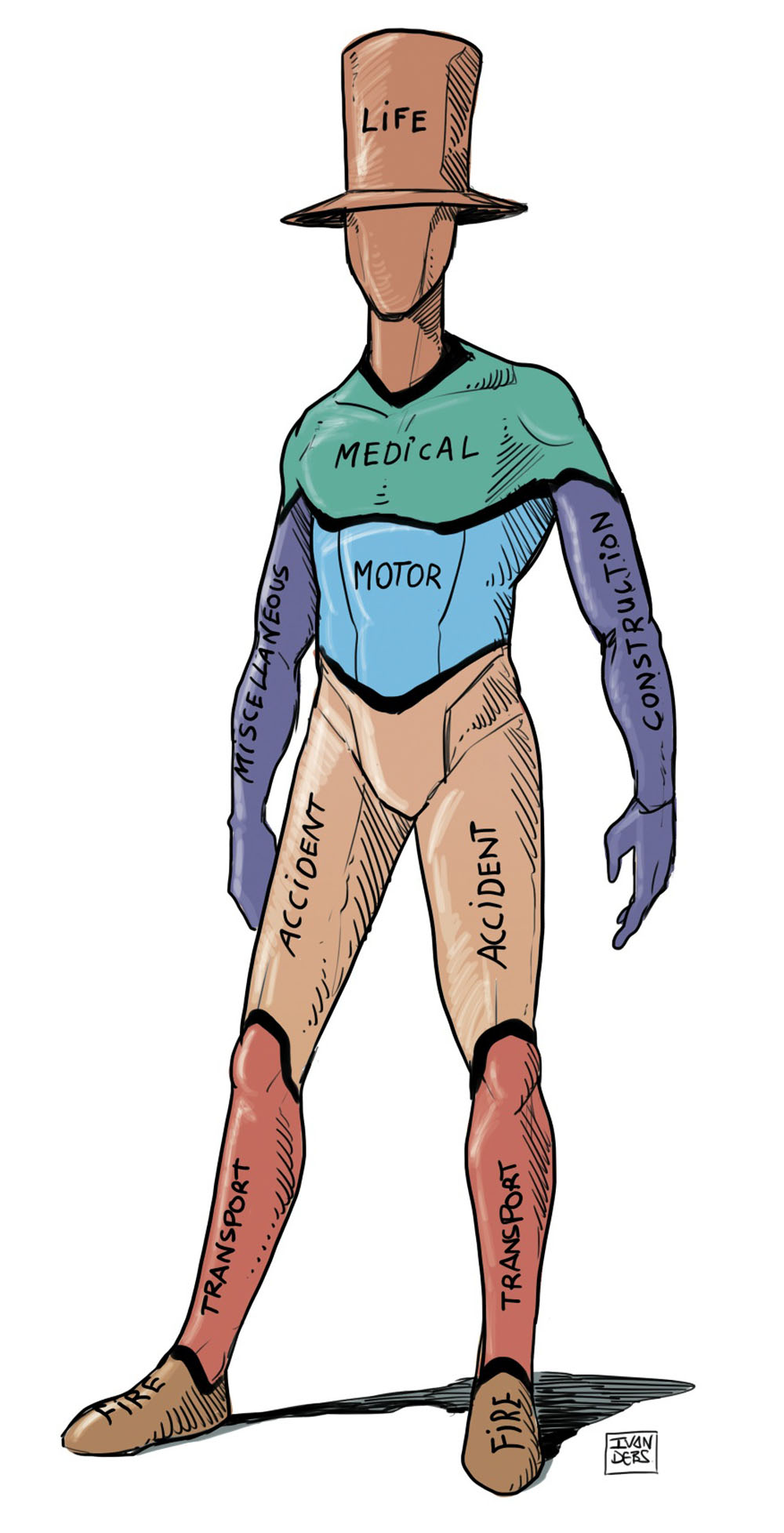 The Lebanese insurance industry is enigmatic in the sense that numerous companies – 50 – share $1.5 billion in gross premiums but that not one of the companies is listed. For a considerable time – at least in the era of the current insurance law which was updated almost 20 years ago – the country’s insurance sector has also been characterized by a dichotomy between on the one hand being among the largest insurance industries in the Arab world in terms of insurance penetration, meaning the role of insurance in percentage of gross domestic product, and on the other hand being overshadowed by commercial banks in their contribution to jobs and to the economy in general.

Insurance providers count among the pillars of developed economies because of their stewardship of the people’s pension money and thereof resultant long-term investments. This role of institutional investors is largely absent from the Lebanese market as the Insurance Control Commission (ICC) noted in its recently published annual report for the sector.

Additionally, the Lebanese insurance market has seen numerous opportunities for development that have not been utilized. As insurance executives confirm, passing interests in the newer lines of business – whether insurances in case of riots and civil commotion or unrest (which are types of property covers), kidnap and ransom policies, or liability insurance for directors and officers of companies – are specialties that do not gain more than fleeting demand in Lebanese and regional markets.

Some insurance innovations will make their way into the Lebanese market – whether because of the internet of things, the shift of economies (and of economic confrontations) in the digital and cyber security world or because of the issues related to our climate and need of insuring alternative energy generation and preservation.

According to the records published by the ICC, the number of insurance providers which underwrite risks in the six different categories that require licensing under the existing law ranges from 45 in general accident insurance (which includes motor and medical) to 10 in credit and zero in agricultural underwriting. For life insurance, 36 companies are licensed of which all but a handful of firms can act as composite companies that offer non-life coverage alongside their life insurance licenses.

However, for the time being the Lebanese market is still best described in terms of the market shares for the different insurance volume specialties, namely motor and health insurance in the non-life or general sector and life insurance with the varieties of protection only, protection with savings, and unit-linked (with risk participation) lines. Life, motor and medical insurance account for around four in every five dollars in coverage sold by insurance providers in the local market.

It is instructive to see that in the life insurance sector the split between the three sub-specialties is tending toward growth of protection-only policies which, according to the ICC, rose from 9.4 percent to 11.3 percent of total premiums written in the years 2010-2014. Protection-only covers played main roles in bank-induced insurances of loan takers in the retail segment. Over the same time period, the issues of wealth-building insurance through protection-cum-savings contracts stayed comparatively stable, whereas unit-linked products saw both fluctuation and degradation as uptake of such contracts fell to 8.1 percent in 2014, compared with 9.9 percent of the market in 2010.

From an operational perspective, the demand for life insurance is therefore a reflection of investment needs in the rather limited segment of society where such needs are present and on the other hand the needs and realities of people in the wider Lebanese economy, which in recent years suffered a downturn from the growth of incomes that was seen in the period prior to the outbreak of the Syrian crisis and other crises affecting Lebanon.

This also correlates with the growth concentration in general, or non-life, insurance lines where the five years from 2010 to 2014 saw a shift to medical insurance as the number one category in written premiums, moving ahead of motor insurance where demand for vehicles stayed buoyant but customers often opted for new cars that were less costly in acquisition, upkeep and maintenance, including insurance. Fire insurance saw increases amidst new ministerial scrutiny over policy requirements for enterprises but other branches of general insurance, including professional liability and similar covers, did not witness expansions that would have been intuitive in markets with more developed frameworks and stronger economies.

According to the annual report on the sector, it is now possible to see which companies exactly are leaders in underwriting of the various business lines.

The market is served largely by three types of companies: local firms that associate with international companies, local firms that are owned by local banks and firms that are local and independent. The local firms serve the long tail of the market while firms with regional or international ties often have stronger opportunities for product diversification and size-wise development. The question is what insurance companies are financially secure (see story page 64) and how to encourage greater financial and operational transparency of insurance companies in Lebanon.