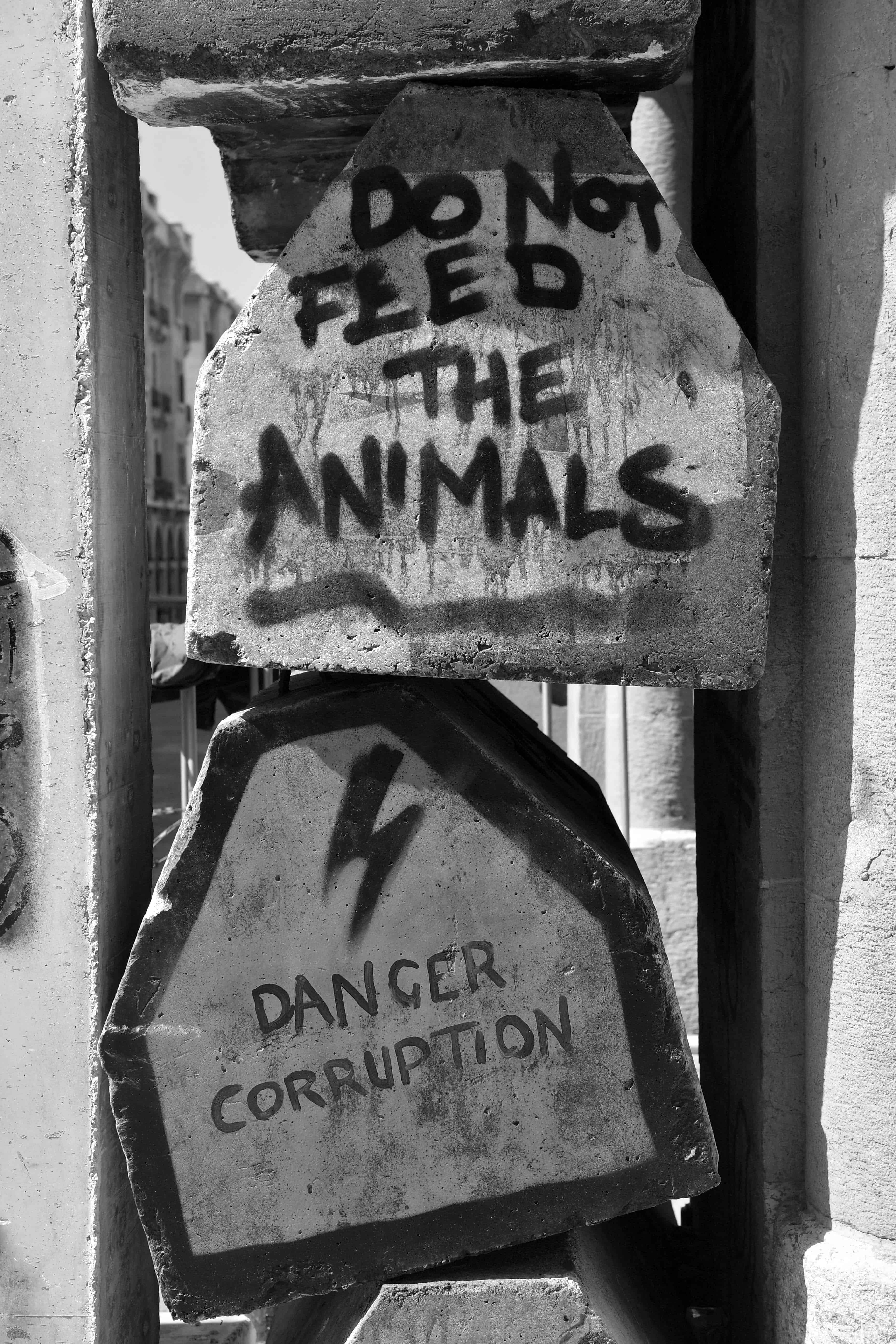 Editor’s note: This piece was slightly modified after the Beirut Port explosion. It was, however, largely written prior to August 4 along with the other contributions to the anti-corruption special report.

There has not been a time in Lebanon when anti-corruption was a nationwide demand and a necessity for the preservation and development of the country as is the case today, especially in the aftermath of the calamitous Beirut Port explosion on August 4. The journey from denial to recognition to action has taken the country more than thirty years, but it is yet to materialize into concrete results that ordinary citizens feel in their daily lives. The milestones achieved so far, as limited as they may be, and lessons learned from previous experiences, offer valuable stepping stones for additional progress, only if stakeholders, including decision-makers, social activists, and international development partners are willing to stay the course and avoid the pitfalls of earlier endeavors.

Since the conclusion of the Taif Accord in 1989, successive Lebanese governments have not articulated and pursued a comprehensive plan to tackle corruption. Most of them did not even try. This does not come as a surprise, because corruption has become deeply intertwined with the foundations of the political establishment and indispensable for its survival. Adopting meaningful anti-corruption reforms meant nothing less than a total overhaul of the state’s modus operandi and a direct threat to the vast networks of vested interests created over the years.

For nearly three decades, the country oscillated between outright denial of the problem and simplistic solutions that sought out quick fixes in security-based and judicial actions. Both viewpoints had their arguments. The first purported that tackling corruption head on is too problematic and that the technical modernization of public administration is the more suitable approach, while the second alleged that Lebanon has all the required laws on the books to ensure accountability and simply needs the political will to enforce them through the judiciary and oversight bodies. Needless to say, both approaches have repeatedly failed, with Lebanon consistently performing poorly on all related international indicators, such as the Global Integrity Report, the Global Competitiveness Index, the Open Budget Index, and governance indicators published by the World Bank.

With many government officials, politicians on all sides, the media, and social activists still making the same mistakes (by adopting the approaches above and ignoring the systemic nature of the problem), the vicious cycles of expectations, failure, and disappointment will continue as politician after politician promises reform and accountability, and fails to deliver. It is increasingly evident that the country needs a different approach that addresses systemic problems with systemic solutions. The new approach will have to be more inclusive and comprehensive; be adapted to the complex national context, including public demands and political sensitivities; and be in line with successful practices from comparative experiences and relevant international standards, such the UN Convention against Corruption (UNCAC) to which Lebanon became a state party in 2009.

The good news is that this new approach has been in the making for many years thanks to the cumulative efforts of various stakeholders that have continued their work despite frequent changes in government.

Lebanese laws are not good enough

A cornerstone of the new anti-corruption approach is to temper the commonly accepted paradigm, which blames the whole problem on the lack of law enforcement alone. In fact, a big part of that problem begins with major gaps in legislation itself. Those gaps create opportunities for corruption and coverups, including in areas such as public procurement, judicial organizations, conflict of interest management, the use of public spaces, and recruitment into civil service.

Even Law 154/1999 law on illicit enrichment, which has often been championed by media campaigns and legal activists as a solution to fight impunity, is a major legislative gaffe. It offers the deceiving appearance of a legal anti-corruption instrument but could hardly hold any senior public official to account with its archaic system for asset declaration and flawed approach to criminalization and prosecution.

Comparing existing Lebanese legislation to UNCAC provisions as well as other related international standards on judicial independence and supreme audit institutions, for example, demonstrates the critical need for thorough legislative reforms. It also unveils how this need is yet to be met despite repeated promises and declaration of political intents to fight corruption.

Sobered by the realization that Lebanese laws suffer from major gaps that render aspirations to achieve transparency and accountability virtually obsolete, a small group of stakeholders embarked, as early as 2006, on what seemed to be the impossible feat of identifying and bridging those gaps. The group was composed of parliamentarians, organized as “Parliamentarians against Corruption,” civil society experts, specialized judges, and public officials, supported by comparative expertise provided through the United Nations and other international organizations.

To the surprise of many, Parliament passed Law 28/2017 on access to information (see story). This was the first fruit of eleven years of hard work and savvy manoeuvring inside and outside Parliament. Soon after, Law 83/2018 on whistleblower protection was voted in, followed by Law 175/2020, which established the National Anti-Corruption Institution (NACI). The interesting observation is that these bills were adopted without explicit international pressure, compared to other important legal reforms that were adopted earlier (such as Law 44/2015 on combating money laundering and terrorism). They rather emanated from a nationally owned and driven process that was inclusive of key stakeholders, which shows that there is room in Lebanon for impactful reforms to be adopted without international pressure or interference.

The challenge of bridging the legislative gap, however, is still far from over. Other than the importance of seeing through the full implementation of the adopted laws, it is important to note that many other bills that have been carefully developed over the years are still pending adoption, including the amendment of the infamous illicit enrichment law and the introduction of specialized provisions to facilitate asset recovery (see stories, on the legal framework, on lessons from other states, on special anti-corruption courts, and on legal tools). Also, there are bills that are being revised in Parliament without adequate participation from civil society, such as the one on judicial independence. This is in addition to bills that were adopted, but only after being amended in ways that voided them of their initial value, such as the amendment of the banking secrecy law.

Good laws are not good enough

Another cornerstone of the new anti-corruption approach in Lebanon is to go beyond the purely legalistic approach. Even with good laws on the books, which is not yet the case in Lebanon as discussed above, the effort to ensure proper implementation requires a host of other specific interventions that should be inter-connected, achievable, and measurable.

This is what the National Anti-Corruption Strategy (2020-2025) offers. The document, which was officially adopted by the Council of Ministers on May 12, is cognizant of the importance of revamping the legal frameworks. However, it does not stop at that. It offers an integrated framework for action that recognizes the need for processes and initiatives, which also enhance institutional capacities to implement related laws, influence the behavior of individuals, and expand the anti-corruption agenda beyond generalities to the specifities of each sector, including health, customs, energy, and others.

The strategy, which has been well-received by the international development community in Lebanon, was developed through an institutionalized interministerial and interagency process that was set up in 2011, surviving five governments and enabling the participation of more than one hundred public officials, social activists, and independent experts. It targets the achievement of seven outcomes with related details included such as key activities, timeframes, and responsible parties. The outcomes include completing and activating specialized legislation; enhancing the integrity of public officials; tackling corruption risks in public procurement; strengthening the independence and the capacity of the judiciary as well as those of oversight bodies including the Central Inspection, the Audit Bureau, and others; engaging with society including citizens, civil society organizations, educational institutions, and the media; and preventing corruption at the sector-specific level, from education and healthcare to energy and public services.

The ministerial-level anti-corruption committee, which oversaw the strategy’s development, was expanded under the current government to oversee implementation. It is still headed by the prime minister, but now includes 10 ministers instead of four. It will also continue to be supported by the technical anti-corruption committee, headed by the Minister of State for Administrative Reform, and inclusive of senior representatives of key ministries and concerned judicial, regulatory, oversight, and law enforcement bodies.

The United Nations Development Programme (UNDP), as well as other international partners, have committed to support implementation efforts, which were officially kickstarted in June with the establishment of specific task forces responsible for key priorities (e.g. operationalization of the NACI) and the organization of meetings with civil society and the international community to coordinate efforts and explore avenues for collaboration and mutual reinforcement.

What about political will?

Central to the success of the new anti-corruption approach, which has evolved over the years and is embodied in the National Anti-Corruption Strategy, is strong and sustained political will. The latter manifests itself in many ways including but not limited to the quality of policies and laws adopted, the resources made available for their implementation, and the willingness of those in power to respect the rule of law.

In 1999, when representatives of the then-budding Lebanese Transparency Association, including one of the authors, wanted to deposit the founding documents with the Ministry of Interior according to the law, they were rejected. The responsible civil servant in the Department of Political Affairs, Parties, and Associations at the time, explained that that there is no corruption in Lebanon, so there is no need to set up such an association, and that, in any case, this is not the business of civil society. This attitude, which is telling on its own, may have changed over the years, but not sufficiently. Senior government officials in 2020 still wonder why civil society is requesting and publishing information on public funds—in reference to the work of the Gherbal Initiative and other similar organizations under the access to information law (see story).

Uncertainty about political will continues to loom over anti-corruption efforts in Lebanon, and subsequently impact the chances for the new approach to take root and succeed. So far, many of the milestones outlined above can be said to have been achieved under the radar, with minimal involvement from political players and the public opinion alike; but the way forward will have to be different. It will offer real tests for the new government that will be formed and for political will more broadly, but also for the public will that emerged in the aftermath of the uprising on October 17, 2019.

In moving forward, it would be important to study factors that have enabled the progress achieved so far, despite political instability and relatively limited national and international support, and distil recommendations that may accelerate the pace of reform and guide future efforts for the remainder of what may be a long journey ahead. Among those, a few stand out:

It is very difficult, even impossible, to envision financial and economic recovery in Lebanon without the introduction of deep governance reforms, with anti-corruption being front and center, especially in the aftermath of the Beirut Port explosion. However, the effort against corruption will be ill-advised to fall back into the vicious cycle that has dominated this topic for the last thirty years. The new approach that has evolved, slowly but surely, offers a way out of this cycle and a way forward for Lebanon, and provides stakeholders with many lessons learned to sustain and increase the momentum for anti-corruption reforms that impact the lives of citizens and the future for new generations.