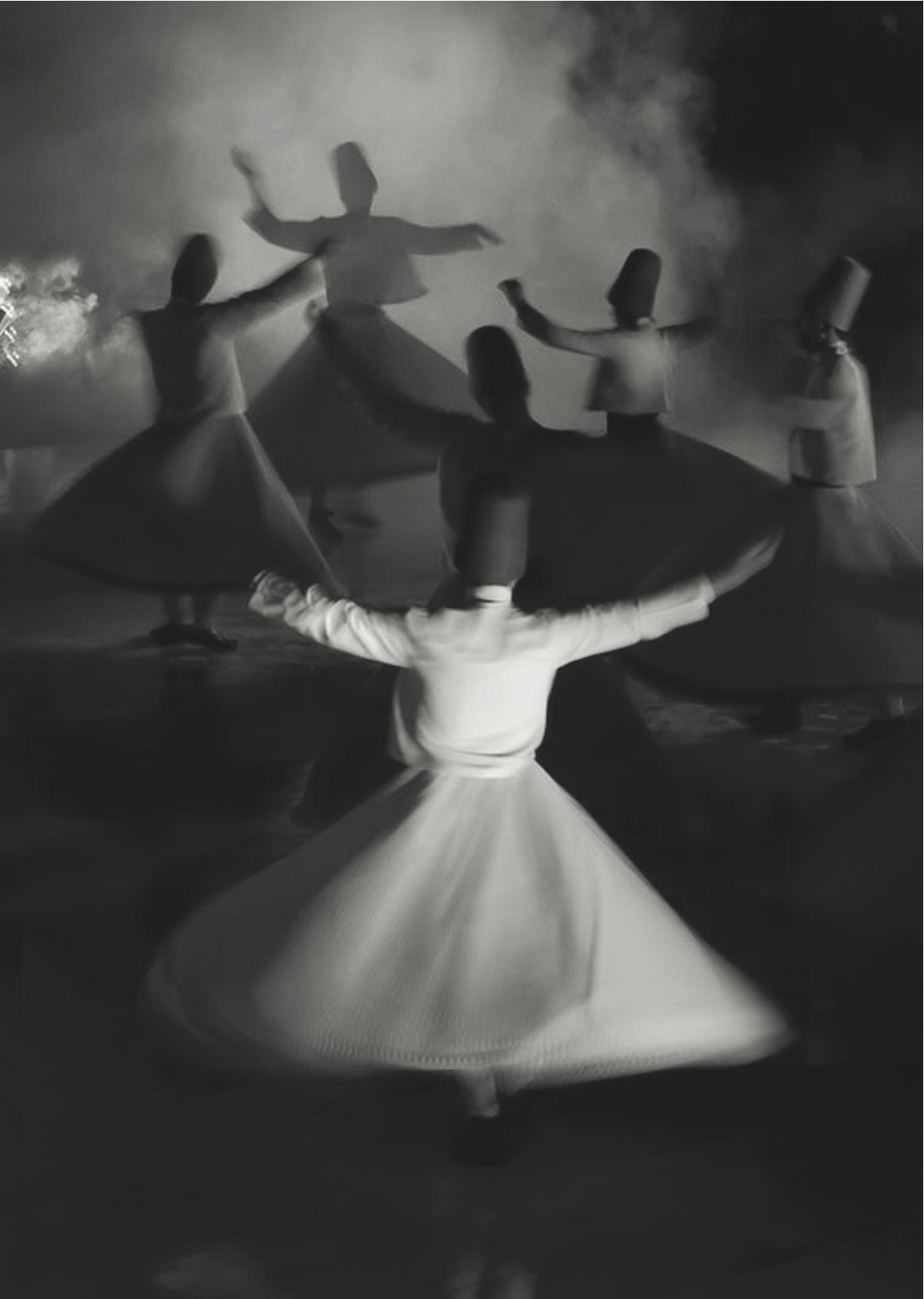 The problem of our age is the proper administration of wealth, so that the ties of brotherhood may still bind together the rich and poor in harmonious relationship. The problem of Lebanon in the current period of economic scarcity and political austerity is the proper administration of wealth in the interest of empowering society to improve its productivity and prosperity.

Read those two sentences again. Do they contradict or complement each other? Are they true or false, or is it somewhere between the two? Whatever your answer, our editorial perspective is that the latter is a contemporary adaptation of the first. The first is actually a quote, concealed for the purpose of this story. It is the opening sentence in a 130-year-old essay, colloquially known as the gospel of wealth, in which the richest American male at the turn of the 20th century, Andrew Carnegie, presented his sincerest convictions.

Making sense of great individual wealth, as Carnegie’s essay was a prominent example of attempting to do, is never easy. In the specific context of personal and familial circumstances confronted with a dysfunctional economic environment under scary global conditions, making sense of and protecting wealth is more than difficult. The situation of a Lebanese wealth owner seems to entail not one, but three problems, two of which are hot and immediate, and one that is ethical and fundamental. The first of the three problems are risks for wealth produced by the widening cracks in 70-year-old global frameworks that are under strain from political, economic, social, and environmental threats.

On the levels of politics, and economic and social instabilities, the world’s rich and poor alike are confronted with aggregations of risks that rarely, if ever, had been experienced, even in the form of military threats by the last two or three generations. These unprecedented elements of financial and economic warfare range from information and IT attacks to fake news, state-sponsored cyberterrorism, and currency conflicts.

In the latter, the weaponization of the dollar could have consequences as uncontrollable as violations of the mutually assured destruction (MAD) doctrine in the days of ICBMs and the superpower arms race. This is no exaggeration in the views of observers and analysts (also found in Lebanon) who point out that the global regime anchored by a US-controlled reserve currency—as has existed in different varieties since Bretton Woods—is incompatible with the unilateral use of this currency as a weapon in economic warfare.

But this dangerous contradiction notwithstanding, American tweets and messages of trade wars and currency wars abound. The socioeconomic threat of such wars for large and small nations is huge, with the only difference consisting in the knowledge that the large economic powers can unleash mutual havoc with unpredictable outcomes, while small nations have no defense at all. Lebanon has just received another reminder on August 29 that an act of financial attack by a very powerful, self-interested and ruthless aggressor can inflict incalculable social devastation and destruction of finance.

But beyond these global threats of the unleashing of economic weapons of mass destruction (WMDs)—no need to send a UN investigative commission from New York to Washington, these WMDs exist—there are also domestic dangers lurking in the US that could devastate the world, such as the alleged death spiral in the country’s public debt. Even as this threat may well be overblown, it is no joke that the recession signals from the world’s largest economy this summer have been making daily headlines, that American central bankers are worried about their independence, and that the US government’s political saber rattlers ply their noisy trade in the Middle East.

The aggregation of US-related risks is not made prettier by the sudden emergence of new fault lines in the European political and economic house. The EU appears increasingly prone to contribute its share toward flooding the twitter spheres—and the minds of international investors—with panic signals.

The Lebanese wealth holders of 2019 are, at first glance, confronted with very poor prospects of being able to preserve their native wealth in a country suffering from job scarcity and weakening economic stability. Even if a brave wealth owner here knows that such prospects are possible, what are the priorities that they have to set in this environment where global markets turmoil meets local volatility and forced austerity?

As it turns out, much the same as in the previous periods when Lebanon’s fundamental problems were festering under pretty rugs.

Wealth management experts tell Executive that the best things to pay attention to for a Lebanese investor are basic truths. They recommend, as both first-line and follow-on remedies for wealth fears, the magic pill of diversification.

Youssef Dib, general manager of Saradar Bank, leaves no ambiguity on the table. “In wealth management, more than ever, we need diversification by country, by asset classes, [and] by currency.”

“In wealth management, more than ever, we need diversification by country, by asset classes, and by currency.”

Toufic Aouad, general manager of Audi Private Bank, prescribes for wealth clients healthy baskets of assets for each portfolio. Queried on why this is the case, he presents an immediate perspective on the global situation. “International markets have been shaken by the Fed’s speech at the last Federal Open Market Committee (FOMC) meeting, as it qualified its rate cut by ‘mid-cycle adjustment’ rather than a reversal of the tightening cycle/a start of an expansionary monetary cycle,” he tells Executive. “Market participants, having priced in four interest rate cuts for the next 12 months, were spooked by this neutral position. President Trump’s reaction the next day added another layer of nervousness, as he revived trade war uncertainties by launching another round of tariffs—mainly on consumer products—effective September 1.”

He adds, “We expect markets to remain data-dependent and to move in a wide trading range until we have more clarity on both fronts. Wealth management starts with a proper asset allocation that caters to client’s needs and requirements. Every portfolio should include a wide basket of assets that are diversified by type (equities, fixed income, commodities, FX), geography (domestic, developed markets, emerging markets), and maturity.”

Charles Salem, assistant general manager and global director of the private banking at Banque Libano-Française (BLF), offers BLF’s assessment of half a dozen event clusters and risks in his answer on how local investors should respond to worrying global developments. Citing the situations relating to China/US trade wars, Hong Kong, Brexit, Italy, Argentina, and the Global Purchase Managers’ Index (PMI), he also advises diversification. More specifically, he says, “Local and international investors alike should focus on diversification in their portfolios to manage uncertainty and preserve capital. We still advise investors to remain prudent in their asset allocations during the last quarter of 2019 and maintain an exposure to fixed income through our LF Total Return Bond Fund, which is currently up 6.83 percent as of end of July 2019. We also recommend tactical allocation into assets such as gold, which have proved good protection against volatility. Investors should be ready to add exposure to equity if the picture above brightens and recession fears fade.”

When asked if there is any transparency in Lebanese investment opportunities such as equities, Saradar’s Dib emphasizes that the real estate markets and opportunities in Lebanon have upside potential and that the market for equities is not marked by opacity as such, but is under-researched. “Lebanon overall is facing a lot of challenges today, and hopefully, in terms of valuations, whether real estate or other, I think we are more at a low point than anything else,” he says. “It is definitely a market that an investor should be looking at, given that its environment has been difficult for some years now, and hopefully will turn around when politicians start moving in the right direction in substance and not just form.”

Endeavoring to drill down into the anatomies of wealth management opportunities in Lebanon at this moment, Executive asked the experts about the wealth preservation prospects in real estate, equities and financial markets and presently almost untapped realms of impact investing, including startup entrepreneurship and micro-finance.

One noteworthy finding from our inquiries concerns the company at the intersection of real estate and equities. In our conversations, not everyone is convinced that Solidere, which is as entwined as intimately with Lebanon’s fortunes as no other enterprise of importance in this country, is already at its pinnacle as far as downside potential. However, Ziad Abou Jamra, the company’s deputy manager tells Executive that recent measures would inevitably make Solidere shares catch up with the company’s fundamentals (without defining a moment for this to happen).

“The price of the share today is around $6 and the book value is $10. However, the book value does not reflect the real pricing of the current land bank portfolio and other properties owned by Solidere,” he says. “What reflects the reality is the Net Asset Value (NAV). An assessment of the NAV, taking into account current deeply depressed prices of land which should be temporary, will reveal a much higher figure than the book value, maybe something above $20 per share.”

How do we define the purpose of wealth? There are no absolute answers to this question and perfect formulas for the management of wealth for the social good in sight.

What the most skeptical observer of Solidere can be assured of is that the company has not been the target of qualified scrutiny by local equity analysts, as neither FFA nor Blominvest, who in previous years tracked Solidere, have lately produced such reports. Solidere actually has not been covered much by financial wires in the past 13 months since a new board of directors assumed the reigns at the company. When Executive looked for news coverage of Solidere by Reuters, the agency’s page on Solidere entailed a single short news item and the list of board members still featured as current the names of the board that was correct up until July of last year.

Is there a purpose to wealth

That leaves the third problem: How do we define the purpose of wealth? There are no absolute answers to this question and perfect formulas for the management of wealth for the social good in sight (Carnegie’s answer has been challenged from many angles). But for the investor community in Lebanon, one worthwhile point in seeking meaningful uses of wealth might arise from awareness of increasing probabilities that investments in carefully selected real estate opportunities and, even more so, investments via high-function Lebanese capital markets have a potential to contribute to national economic improvements and help preserve the investors’ wealth in a rational way. Moreover, even as a financial institution noted as pioneer in micro-finance involvement with poor population groups in rural Lebanon was just targeted by a missile salvo of sanctions by the US Treasury, investors could very well stand to benefit from investigating new and locally underutilized investment opportunities under the paradigms of impact investing that is aligned with environmental, social, and governance outcomes.