Climbing to the top

Krikor Jabotian is one of those rare types that instantly give off an aura of warmth and positivity – effortlessly magnetic, unusually humble and remarkably talented. His flourishing business is beginning to outgrow his zen white atelier in Tabaris, a gorgeous space with high-ceilings, understated opulence and giant windows that flood the room with natural light. This is where he welcomes clients and dreams up his breathtaking creations (which retail for upwards of $18,000). He calls his dresses dramatic – but they are dramatic in all the right ways, weaving unlikely elements into striking silhouettes, creating structure that manages to appear ethereal and amplifying embroidery. “Couture is like magic; you’re selling a dream,” he says. 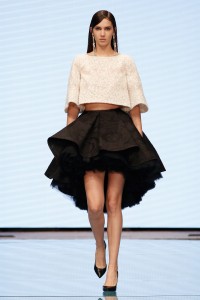 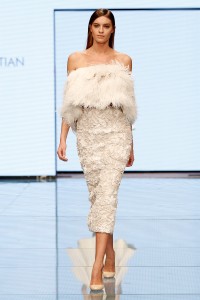 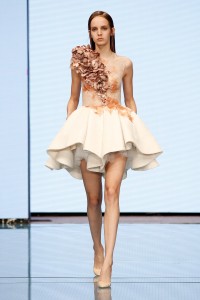 While it hasn’t always been smooth sailing, the optimist attributes his success to two things: luck and hard work. “Each of these on its own is not enough. I believe I was born lucky, blessed – things have happened effortlessly in my life and I feel very thankful. At the same time I work hard. Sometimes I’m harsh on myself and I always want to do things better and evolve. I want to become a better version of myself,” he says. This is the story of how the 29-year-old Lebanese-Armenian haute couture designer has evolved, and slowly but surely designed his way to the top, one exquisite gown at a time. 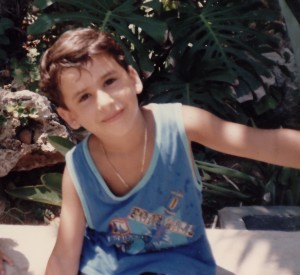 Krikor was born in Beirut to a jeweler father and a homemaker mother. His father’s craft has been an inspiration for his often structured gowns, and he calls his mother his best friend.

Young Krikor was an artistically inclined, quiet child who, according to his mother, began to draw as soon as he could hold a pen. His family sensed he would end up in an artistic profession. 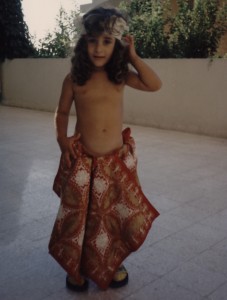 Krikor began to use his little sister as a model, draping her in fabric as well as making dresses for her dolls. He would also observe his mother’s dresses and ask about their fabrics.

At around the age of 10 Krikor began taking art more seriously, enrolling in classes and practicing his landscapes. With time he shifted his focus to one main theme: women in gowns. Around then Krikor also remembers creating forms out of tissues and sketching all over his school books while daydreaming in class.

Until the 7th grade Krikor attended a strict Armenian school, St. Hripsimiantz College, where he learned to be disciplined and detail-oriented. Teachers recognized his talent and were very supportive. At the age of 12 he was forced to leave his comfort zone and change schools – a turning point in his life. For the introvert, it was a very difficult period; he didn’t fit in and felt isolated from his classmates. Ultimately, he says this adversity shaped him into a stronger person – it became a source of motivation and made him want to prove himself. 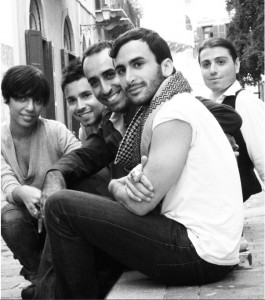 When he graduated from high school Krikor momentarily questioned what to do with his life. His mother, however, asserted that he was born to work in fashion, so he enrolled in the fashion program at Beirut’s Esmod University. He describes those three years as a dream come true and a lot of fun.

After a break that lasted only four days, the fresh graduate began a new job at Elie Saab’s creative department, a stint that lasted seven months. He describes the experience as inspiring and fruitful, but explains he didn’t feel comfortable working in the company’s competitive environment. After quitting, he went through another period of doubt, and was set on track again by his ever-encouraging mother.

Krikor was chosen by Starch Foundation (launched by avant garde designer Rabih Keyrouz, whom Krikor had met while at Esmod) as one of the organization’s first batch of designers. The program helps local designers develop collections and invites them to showcase their work in a centrally-located boutique in Beirut. Krikor believes he was at the right place at the right time, and managed to leverage the connections he made to propel forward and gain clients. His most memorable moment: the very first jacket he sold, which was equivalent to a full month’s salary at Elie Saab.

The young designer left Starch to open his own atelier in the Abdel Wahab district of Ashrafieh, which marked the first step in his independent career. Although the business was growing organically, he says he made some naive business decisions at that time, but is grateful to have learned the lesson early in his life. 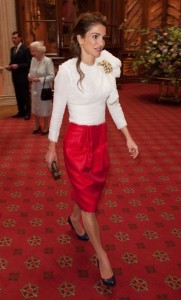 He partnered with his family to open his current atelier, and has since acquired more space in the building to accommodate his company’s growing needs. Today his mother is his business partner, he employs close to 50 staff members and he takes up to 25 orders a month.

Queen Rania of Jordan wore one of Krikor’s designs to Queen Elizabeth II’s Diamond Jubilee Lunch – the start of an ongoing relationship. She recently wore another one of his creations to host a special tour of Petra on Google Maps. 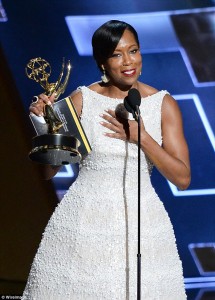 TV actress Regina King wore a striking white Krikor Jabotian gown to the Emmy Awards and won her first ever award for Outstanding Supporting Actress in “American Crime”. It was a first for Krikor too – his gowns had until then never made it to a Hollywood red carpet. King’s persistent stylist insisted on one of his gowns (plus an after party dress) and even flew all the way to Beirut to collect them herself – not a common practice. Other actresses had previously asked for his dresses, but they were last minute requests impossible to accommodate.

Krikor Jabotian was one of eight international designers chosen to present at the Vogue Fashion Dubai Experience. Earlier that year Vogue Italia’s Sara Maino had invited the fashion designer to take part in the event, immediately after spotting his work at the ‘Origins, Passion & Beliefs’ Fiera di Vicenza exhibition in Italy, though participants typically apply to be selected.