It’s a very exciting week for Lebanon’s fashion community! Not only did Starch Foundation participate in London Fashion Week’s prestigious International Fashion Showcase 2016 as the only Lebanese exhibitor, but it was also awarded for Best Curation, beating out the 23 other participating countries. 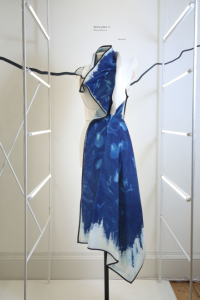 Starch Foundation’s co-founder Tala Hajjar was given the award for her beautiful concept “Blueprint Beirut”, which was designed by “starchitect” Elie Metni for the London showcase. Starch is a unique fashion program in Lebanon that debuts emerging designers and an architect each year, and for this exhibit eight alumni from various years came together for what Hajjar describes as a “dream team”: Bird on a Wire by Rayya Morcos, Margherita by Ghita Abi Hanna, La Terre Est Folle by Joe Arida, Bashar Assaf, Mira Hayek, DAS by Sevag Dilsizian, Timi Hayek and Nour Najem. Each designer created unique items exclusively for the 5th edition of the IFS, which is an integral part of London Fashion Week and this year ran under the title Fashion Utopias. 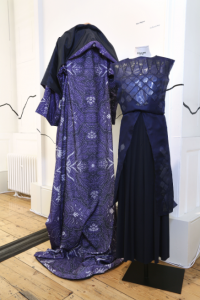 Lebanon’s concept “Blueprint Beirut” deconstructs the architectural blueprint of a traditional Lebanese home, reimaging a familiar place while also reflecting on Lebanon’s fashion journey. Hajjar says, “The fashion industry in Lebanon is growing exponentially every year. We are witnessing an emergence of new blood that is steering away from conventional and predictable fashion to something that is confident and bold. Yet many designers make reference to our heritage and artisanal work and this can be seen in the shapes of Rayya Morcos’ work and the craftsmanship of Nour Najem’s pieces.” She adds that the designers’ interpretations of the theme were very complimentary, which is evident in the blue-themed patterns and lines echoing through the various designs on display. 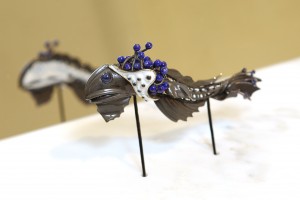 After applying to the British Fashion Council in September and getting acceptance, Hajjar says they worked around the clock to prepare for their London debut. She ardently credits the Arab British Center for their valuable partnership in making the exhibition possible, and praises “the impeccable work the British Council have been doing over the years for our creative industries (in Lebanon and globally).” 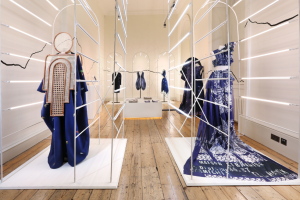 The IFS is a valuable platform for young designers from around the world to share design and culture. Of Lebanon’s first-time participation, IFS 2016 Program Manager Niamh Tuft says there is a “growing appetite for internationalization in the UK fashion industry. This is a wonderful opportunity for UK audiences to gain a greater understanding of Lebanese culture and fashion through their most exciting young talents and to forge new business and creative opportunities for British designers and institutions.” The Arab British Center’s Program Director Amani Hassan also highlights the importance of “Lebanon’s international contribution to the fashion industry and the creative and cultural economies.”

A euphoric Hajjar, who has poured her heart into her work with Starch, says the exhibition is a dream and has a huge significance for Lebanon’s designers. “This is only the beginning. Great things will come!” she assures.

The exhibition is running at Somerset House from February 19 to 23.