Home Special ReportDesignFashion You are what you wear: Pamela Nabhan 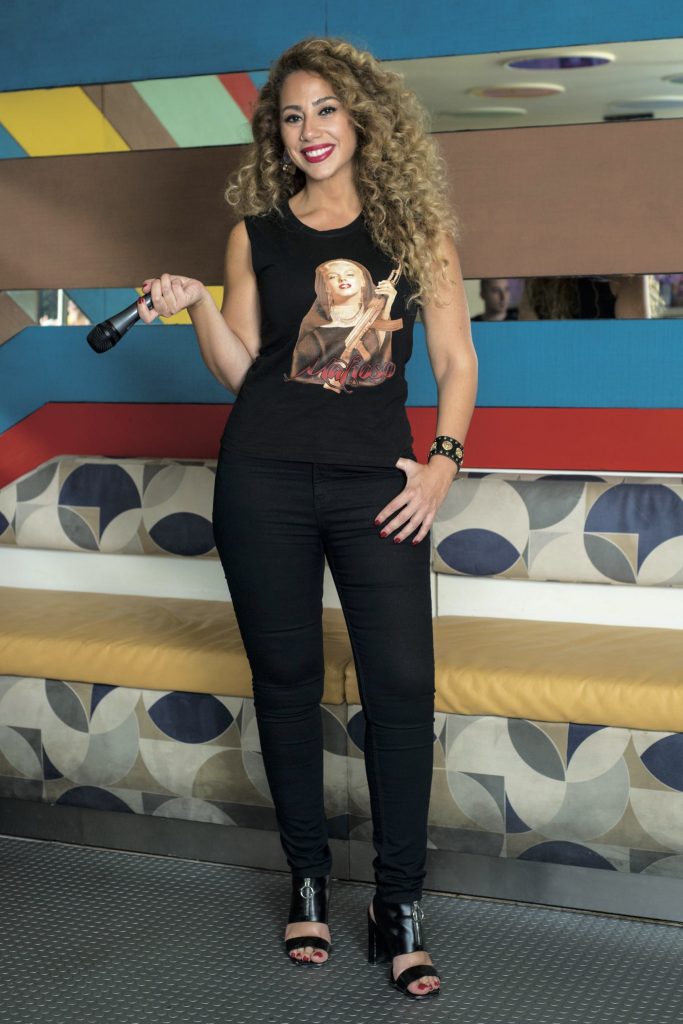 If you’ve attended cultural events in Lebanon, chances are you’ve seen charismatic Pamela Nabhan, mic in hand, cameraman in tow, reporting for local and regional TV stations. But the French literature graduate, who’s always been a bit of a rebel, didn’t plan to work on TV.

How did you first become a TV reporter? In 2006 I met an Australian journalist covering the war and its aftermath so I began working with him as a fixer. I also covered many of the assassinations that happened afterwards. When Future TV was looking for reporters I applied but told them I only wanted to do cultural events; I love everything to do with culture – books, exhibitions, plays, concerts, etc. Now I’m a freelancer with other regional TV stations too.

You also work with Fondation Liban Cinema? I started a year ago. There are only three of us so we do everything, and I’m more responsible for communication, production and coordination. I love films and I’d like to do a Masters degree in cinema someday.

What’s your favorite movie? Closer. It’s not a classic but I love it – the soundtrack, the story, the psychology of the characters, everything.

Have you ever been in a movie? I make an appearance in Ziad Doueiri’s upcoming movie, L’insult. There are a couple of upcoming projects too.

What was your favorite interview? Without doubt, Gérard Depardieu at the Abu Dhabi Film Festival a few years ago. Only a few journalists (who had paid) were allowed to interview him but I was determined to get it so they eventually agreed to give me five minutes. We clicked because he loves Lebanon, he’s also into literature and we had so much in common. I stayed for 15 minutes – his agent kept trying to cut it short but he wouldn’t stop talking!

What do you do for fun? I’m a biker and I’ve been touring with the Harley Davidson Owners Group for the past five years. It’s freeing and it’s been my passion since I was young – I would often ride behind friends and neighbors.

Are you working on anything else? One of the things I love doing is a weekly web-series called Barrat El Cadre produced by Antonine University and uploaded on their Facebook page, unileb. They are four-minute episodes about interesting, successful people in Lebanon.

Any other hobbies or passions we don’t know about? Actually my work is my main passion. I found myself in what I do and I couldn’t be happier. Every day I do something new, I meet great people, I get to travel. It’s really fulfilling.

What are your style staples? My nose ring (I got it pierced when I was 15) and red lipstick. I’ve only straightened my hair a few times in my life, and I wear a lot of black. I love the medieval style too – puffy skirts, corsets and lace.

T-shirt, I was in Montenegro this summer and customized this at a T-shirt shop. I love Marilyn Monroe. I love her as an actress and I understand her. I love how beautiful, natural and feminine she was – and miserable at the same time. I love her quotes and how she used to see life.

Preserving the heart of Mar Mikhael